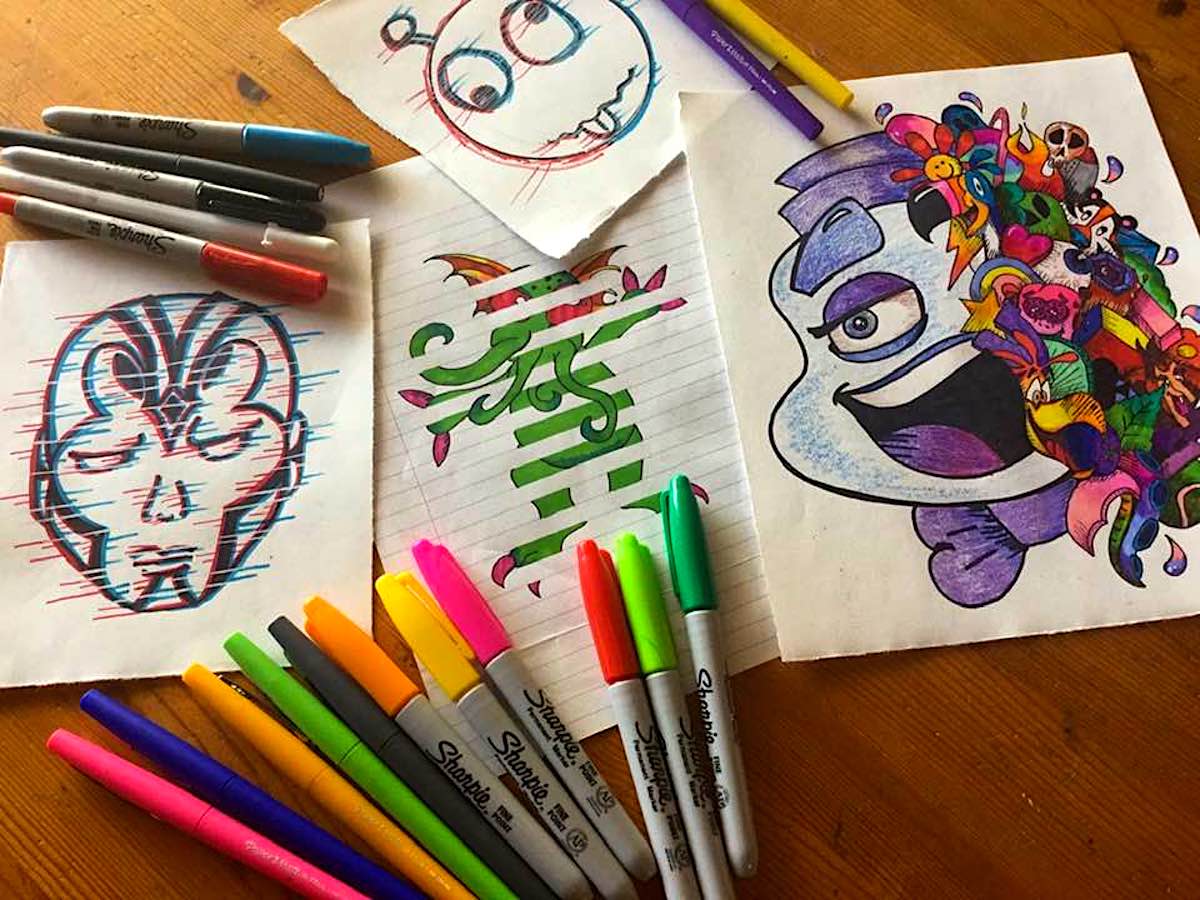 It is Spring Break or intercession time for may school-aged kids. This means plenty of opportunities to learn something new and creative. For those times when boredom sets in, or some down time is needed, here are three cool drawing and doodling “special effects” techniques that are showing up all over the Internet.

These are easy enough for all artist levels to try, but have cool enough results to give even a first time artist something to show off:

This is incredibly easy, and gives the appearance of, well, a computer glitch. First, draw a simple picture of anything (cartoon characters, food, an emoji, your own original design, etc.) in black marker. Felt tip pens work great for this.

Using a turquoise or blue maker, trace along one side of the image from the outer edges to any details. It doesn’t matter which side, as long as you keep all on one side. You can do it touching the black or just a little separated from it, depending how “glitchy” you want it. Do the same from the other side of the image using a red marker.

For both colors, draw some “motion” hash marks. These are little horizontal lines coming from the outline in random places. Make sure they go in the direction of the side they are on. If blue is on the right, make them jut out to the right.

This should already be looking cool, but there is one more final touch to bring it home.

This last step requires a good white gel pen. With the pen, draw random horizontal lines over the top of the image in random places. This will bring out the effect, and be pretty impressive.

Notebook Paper “Behind the Lines” Drawings

Here’s a good use of all that crumply notebook paper that gets cleaned out of the book bags.

This is an easy optical illusion that gives a depth to the page, as drawing is behind a cage or fence, thick window blinds, hiding under floorboards, or in a similar barrier. I like using figure drawings for this one (monsters, aliens, or animals), as you can make them look like they are climbing out of the page.

Draw an image lightly in pencil on the notebook or other lined paper, and erase every other line. If you want to add a little extra effect, do not erase any fingers, tail, antenna, tentacles, or other extremities that might look like it is coming out of the top.

Go over the image that remains in fine tip black marker. Once it dries, go over the entire image with an eraser to make sure there aren’t any pencil lines showing.

Color it if you want. I have seen many people try these with octopi, since there are plenty of opportunities to draw wiggly tentacles going in and out of the lines.

Everyone doodles. Whether it is just on the edge of a paper while making a phone call or jotting a favorite character on scratch paper. This trend of (what I call) “Extreme Exploding” doodle art, takes it to a whole new level.

First, draw your image in pencil. I have seen these in cartoon and video game characters (Pokémon seems to be particularly popular), but they don’t have to be. Any age and level of artist can try these simple doodling and drawing ideas that result in some impressive “special effect” results. Now, in the missing half, it’s time to pour or “explode” out your doodles. Draw as many as you want looking like they are coming out of the side of the image. Don’t hold back on the images, either: the more the merrier.

These are different from “Zentangles,” which are more concentric shapes and patterns. These are “anything goes” doodle images from little flowers, to happy (or funky monsters) faces to swirls to stars, and yes, even random “zentangle” shapes.

You can make these black and white, but they look great in color. Lots and lots of bright, crazy color.

Now, the end result looks pretty complicated, but you don’t have to do it all at once. Draw the main image one day, and add a little doodle or two. Come back later and do a few more. You can make this project an ongoing thing until you get it as big and crazy as you want.

This is one thing I had a ton of fun trying, and it is popular with all ages: hobbyists, professionals practicing their style, and pretty much anyone else who wants to see how far their imagination can take them.

All three of these drawing techniques are not only easy to try, but also an addictive way to keep creative over breaks. They could take only an hour or two, or be an entire afternoon or week-long project.

Parents also need to make sure they have some time as well, as once kids start trying these, they will want to sit down with them and try their own.

Trust me on that. 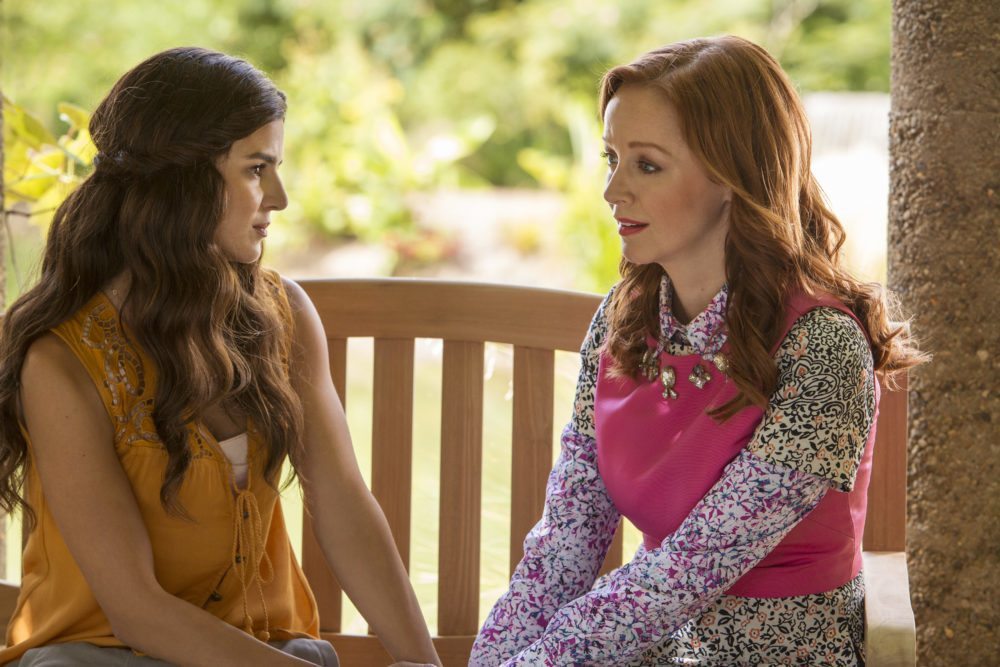 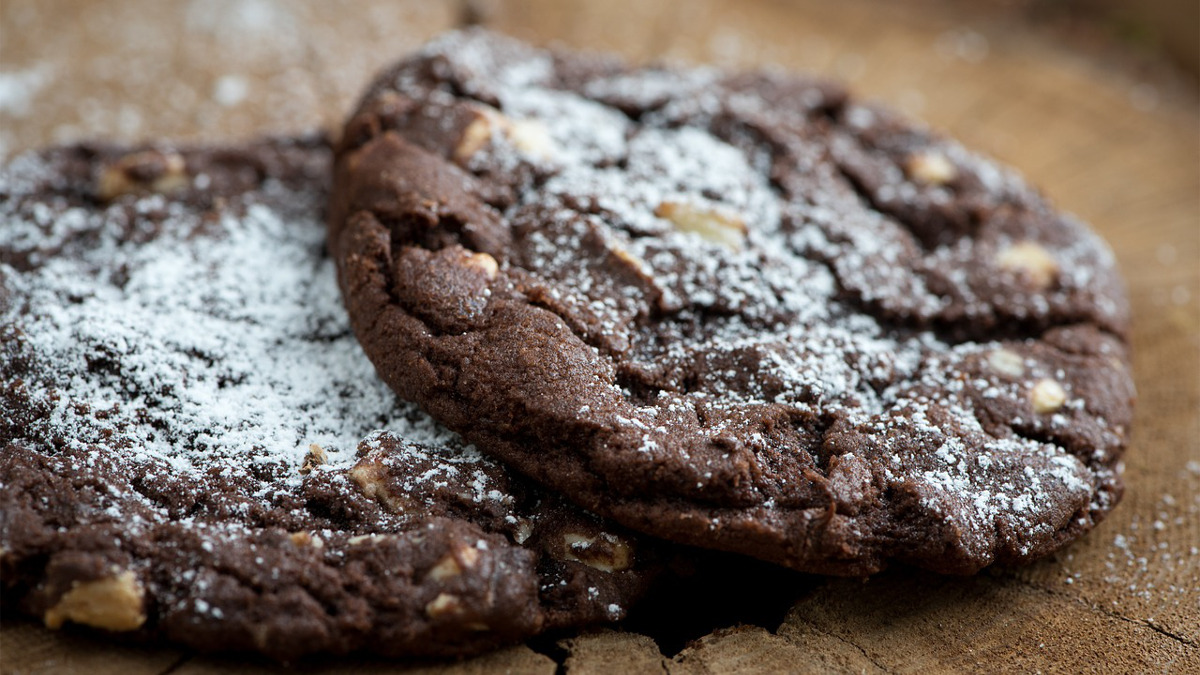 Teaser Trailer for ‘How to Train Your Dragon 2’