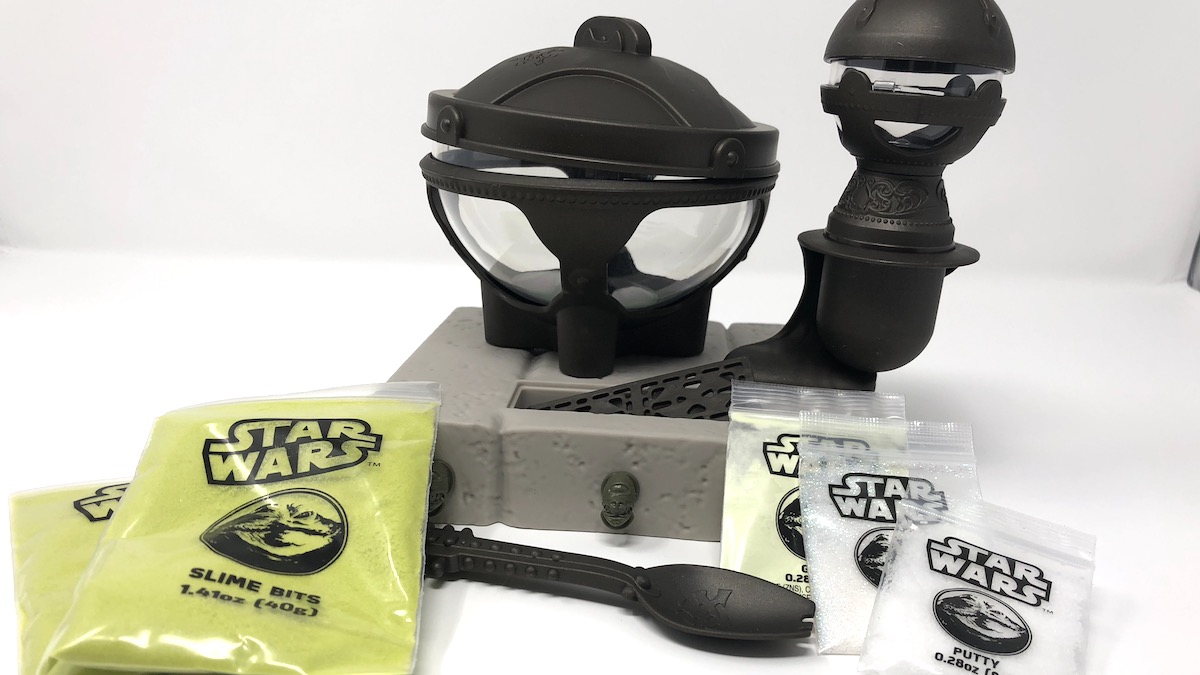 We’re almost to the dog days of summer, when cries of “I’m bored!” are almost certain to be heard echoing down the hallways of your house. Luke Skywalker is here to rescue you! Well, actually, Jabba the Hutt is here to rescue you. Seriously. Star Wars Science kits Jabba the Hutt Slime Lab and Jakku Scavenger Metal Detector are both perfect ways to spend a few summer afternoons, combining exploration, creativity, and Star Wars.

If there’s one thing my daughter loves to do, it’s making slime. The Jabba the Hutt Slime Lab is the best of both worlds, combining a design straight out of Return of the Jedi (much to my delight) and completely simplifying the slime making process for my daughter.

You don’t need glue or contact solution for this slime; Jabba’s slime is pretty easy to make, actually. (Which seems appropriate for a slimy piece of worm-ridden filth.) All it takes is water in the mixing bowls provided, along with the ingredients and recipes in the box. It’s great to get a break from cleaning our own kitchen bowls for once, and from constantly picking up glue at the craft store. 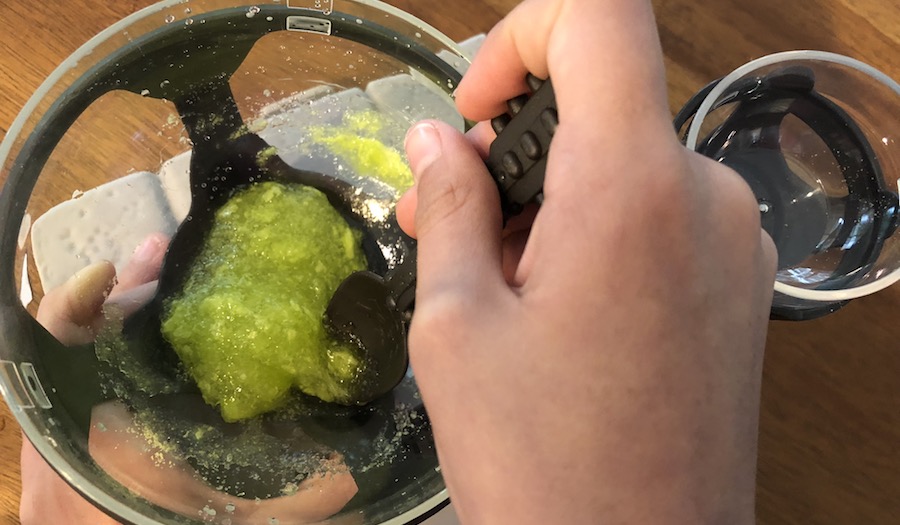 There’s also a handy poster with both Star Wars trivia and information about Earth’s invertebrates, which are similar to Hutts. The multiple recipes for a number of different slimes, including glow-in-the-dark, make this science kit a worthwhile investment.

One such recipe is called Jabba’s skin slime, and it looks eerily accurate. “Do I want to know why they call this skin slime?” my daughter asked with both delight and disgust. 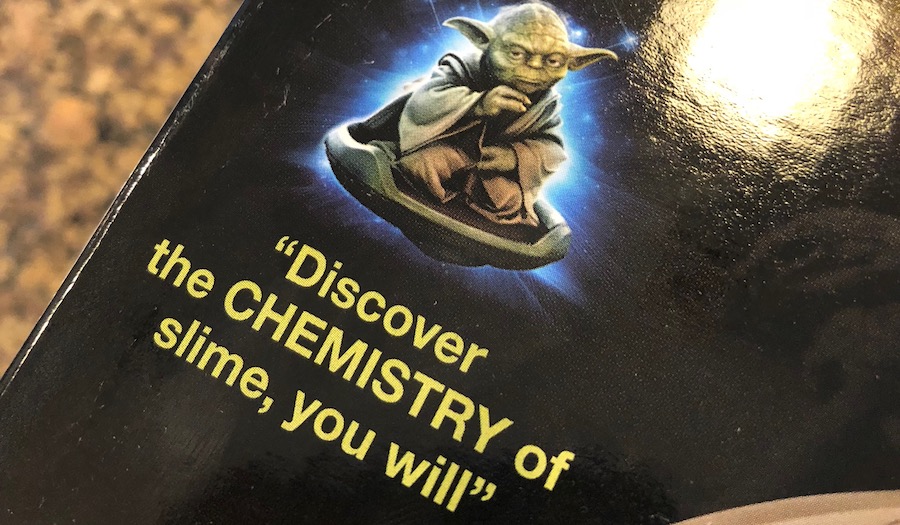 The Jakku Scavenger Metal Detector is a small, kid-sized plastic detector that does its job well enough. Your kids won’t be unearthing any buried treasure or starship parts, but can certainly play with the included pieces that encourage them to play a type of hide-and-seek with them. Simply place metal in the small containers, bury them in the sand, and let the kids loose to find them. 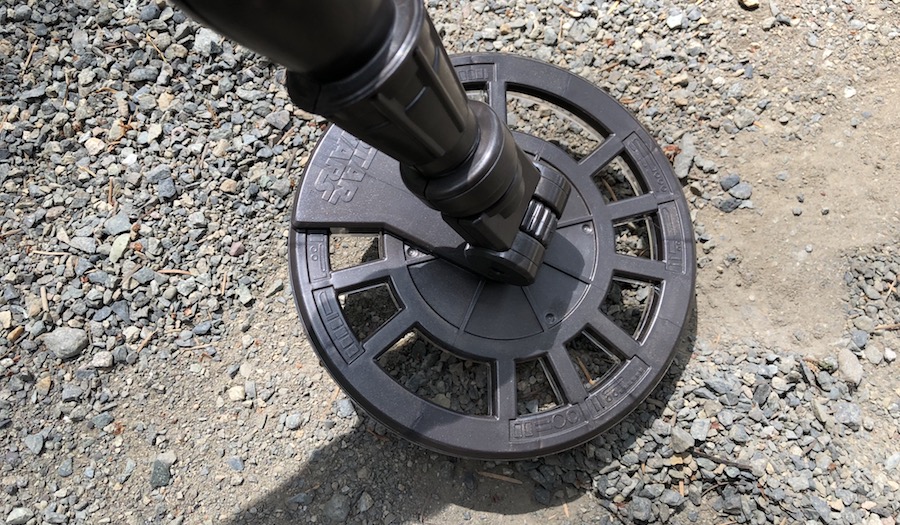 The detector itself is shaped like Rey’s quarterstaff, which I adore. Before heading out on any outdoor adventures with it, though, assemble it first! I made the mistake of heading out with just the box before discovering that I needed both a screwdriver and a 9-volt battery to get the metal detecting adventure started.

The Jakku Scavenger Metal Detector is basically a toy—that comes with some welcome information about how metal detectors work, which you may not know yourself—so expect it to act like one and not like a powerful metal detector, to save everyone some potential disappointment. It’s a bit finicky, but your kids will certainly have fun with it.

Star Wars Science kits are both informational and fun, and a wonderful new direction to take everyone’s galaxy far, far away in. I hope we continue to see new kits in the future.

Raising Science-y Kids on the Cheap 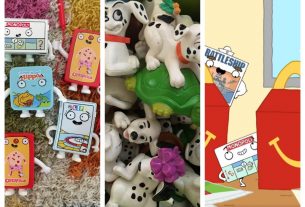 Memories of a McDonalds Happy Meal