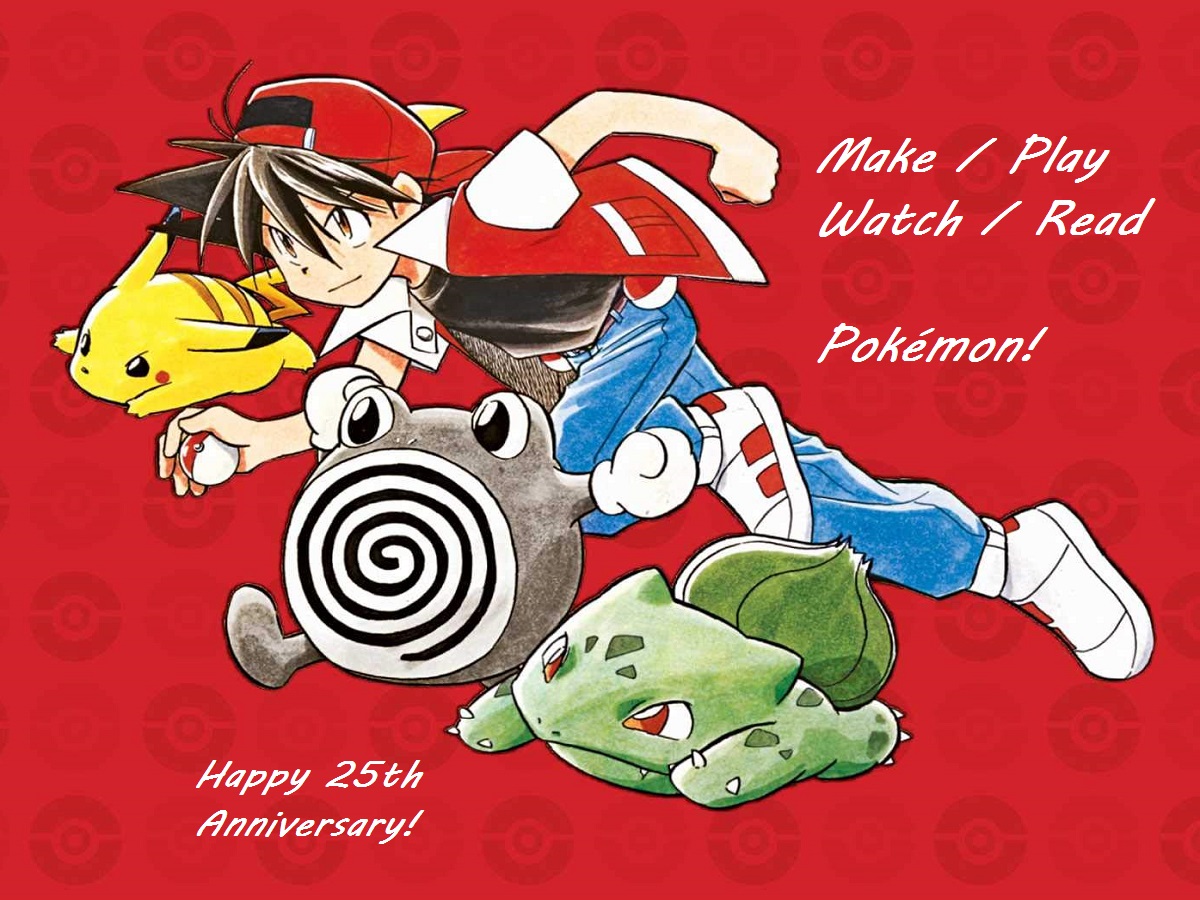 I have been a fan of Pokémon since the beginning, and I am not afraid to admit the 25th-anniversary celebrations are making me feel a tad old. I still remember playing the original games with my younger brothers on the Game Boy in the 1990s. It has been such a sweet feeling sharing these same games with my kids now (and learning a few things from them). This weekend is the birthday of Pokémon: February 27, 1996. What better way to celebrate the franchise than with a Make/Play/Watch/Read, and a guaranteed nod to the nostalgic old-school origins.

There are loads of ideas to make for Pokémon Day: origami, bookmarks, knitting, crafty pom-pom balls, and a multitude of cosplay ideas. You could even go down Route 1 and “Make a Pokémon Deck”; GeekMom Cathé gave us this post in 2014, and it has remained one of our most popular articles on GeekMom EVER.

Personally, my favorite option always comes back to food. You rarely go wrong when making food (and even when you do, it is always easy to recover). I cheated this week and have relied solely on the genius of my fellow GeekMoms. In particular, I harken back to GeekMom Shiri and her 2016 review of The Pokémon Cookbook: Easy & Fun Recipes by Maki Kudo. You can read her review here.

This is the ideal cookbook for kids in the kitchen. You have one of the most popular geeky references of all time and you have the opportunity to make food fun! Turn it into a family affair and try to make them all. The meals range in both sweet and savory, easy to difficult, and western food or Japanese-specific ingredients. Make a day of it and prep your food for a movie, game-marathon, or even just to snack on while reading some manga. It really is the best start for our Make/Play/Watch/Read.

It would be remiss of us to not acknowledge the original games: Pokémon Red and Pokémon Green. Yes, you read that correctly: Pokémon GREEN.

Launched on February 27, 1996, these infamous role-playing games were initially released in Japan as Pokémon Red and Green, with the covers featuring Charizard and Venusaur, respectively. Later that same year, Pokémon Blue was released as a special edition in Japan. It wasn’t until 1998 when we saw the release of the games in North America and Australia, with Europe in 1999. By that stage, the preferred starter games were Pokémon Red and Pokémon Blue. 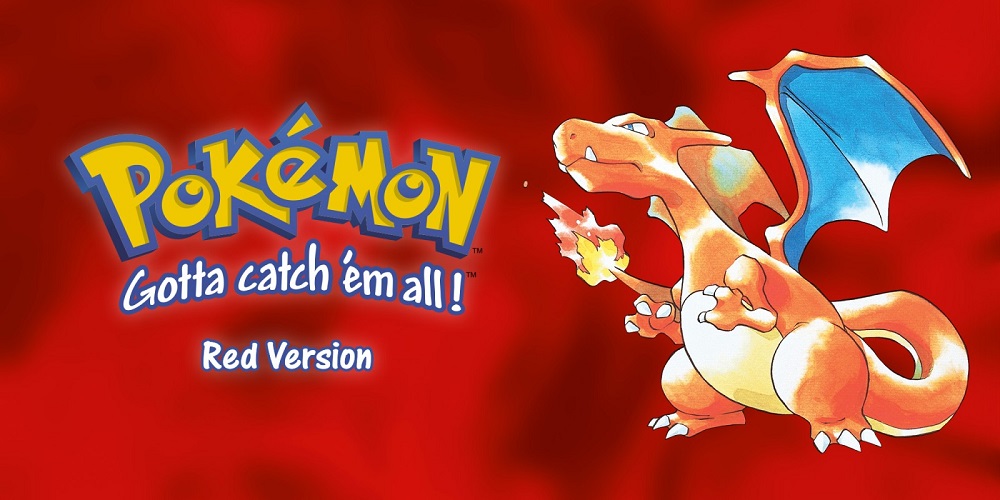 Don’t stress if you are feeling like your game collection is not complete: Pokémon Blue and Green are essentially the same thing. Apparently, the special edition Blue was released in Japan as a “bug fix” for glitches in the Red and Green (mostly Green). The special edition Blue proved to be quite popular and was considered the better version to market in America and Australia. There are plenty of similarities between the two, so you won’t feel left out.

For 25-years, Pokémon has remained one of Nintendo’s guarantee sales for games—it is second behind Mario and still ahead of The Legend of Zelda at number 4. The appeal is beyond the simple role-playing game and cute “pocket monsters.” This game has found the balance between competitive battle-play and co-operative trading between players. For the completionists out there, you were never truly finished until you had successfully traded Pokémon with another player. This has always been the social thread running through every Pokémon game.

Later this year, we will have a new installment in the Pokémon franchise. Pokémon Snap is scheduled for release on April 30, 2021. Until then, take yourself back to the very beginning and revisit Pokémon Red and Pokémon Blue. Both games can be downloaded on the Nintendo eShop.

To date, there have been 23 animated Pokémon movies and one live-action feature. The majority of the animated movies are set in the same universe/timeline as the TV series. I can honestly tell you that I have watched most of them. And while they are fun, with some great morals to share, the stand-out will forever be Detective Pikachu. 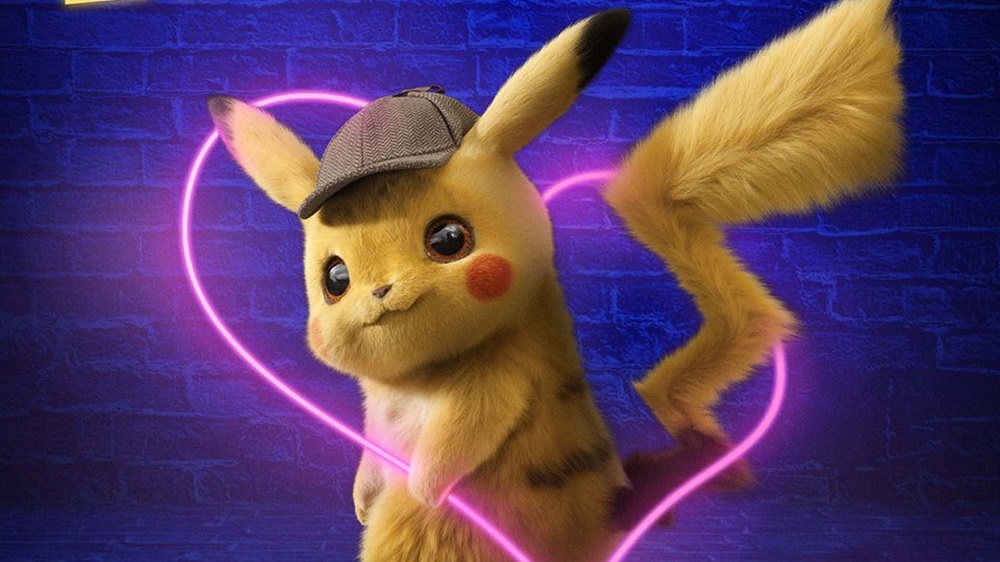 This movie is a classic murder-mystery noir. We have the cynical heroes (does Ryan Reynold’s ever play anything else?), intricate plots, flashy flashbacks, and a strong question of free will. Add to this the whiplash you will experience from all of the Pokémon-spotting, and you have a sure-fire hit on your hands!

Detective Pikachu is currently streaming on Amazon Prime, Google Play, and YouTube. You can read more about the movie with GeekMom Corrina’s “8 Non-Spoilery Things to Know About Detective Pikachu.”

When you are all gamed out and you really want to snuggle in with a Snorlax, it’s time to finish the birthday party with a little reading downtime. Again, there are plenty of versions and variations out there, but the best is Blue: Pokémon Adventures Vol. 1 by Hidenori Kusaka (story) and Mato (art). 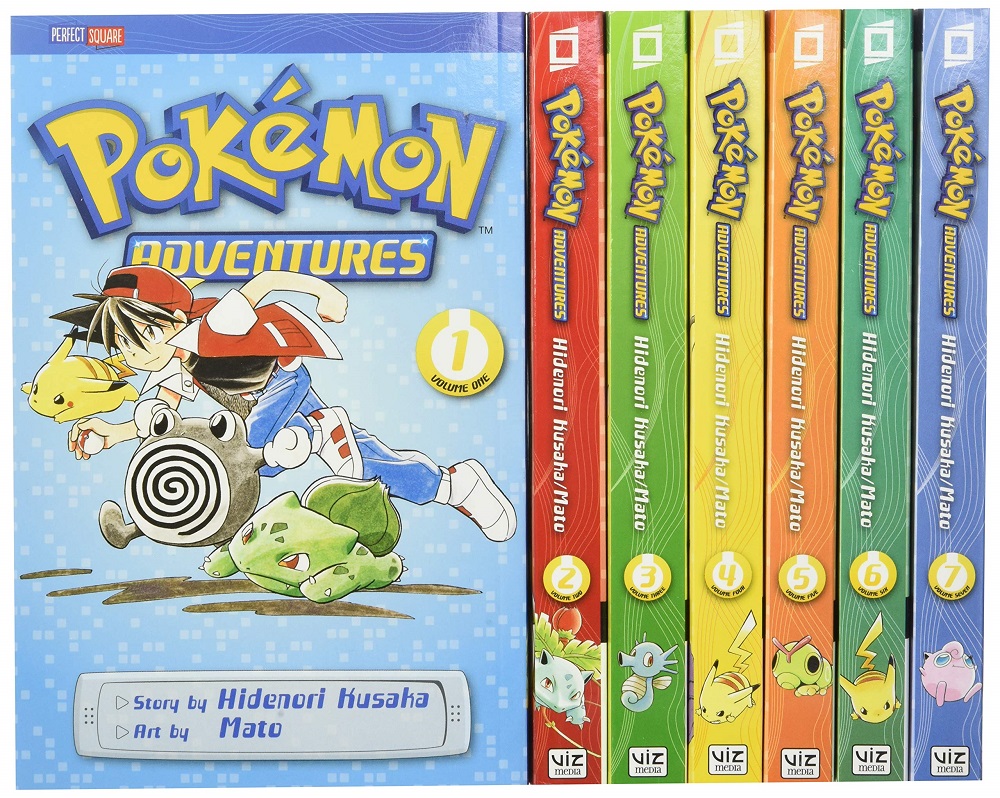 This manga series is based on the original video games, not the TV series. There are plenty of similarities to note, such as the main protagonist Red looking a lot like the TV-series Ash. However, the rivalry between Red and Blue is far greater than the same portrayed with Ash and Gary. I also find Red to be a bit stronger in both personality and battle than Ash in his early days; although Ash has definitely grown into a great role model for kids today (especially boys). Strength is essential, but the key factor for any true Pokémon Master is empathy.

Side note: It is also important to note that even the English versions are printed in traditional manga style. Both the artwork and the publishing style are perfect for the nature of the Pokémon franchise. It’s more than just the Japanese origins of the franchise. There is something more in the flow of action on the page, the layout of the cells, and the characterizations throughout. Whenever I pick up a western Pokémon comic, I always feel like it is missing the soul of Pokémon, the reason the franchise is still going strong after 25-years and across multiple generations.

There is plenty to celebrate with the Pokémon franchise, and deservedly so. The production team has done an amazing job in keeping the games fresh and enjoyable, while never losing sight of their spirit. Whether you are an old-school fan or a new-comer trying to keep up with your geeky kids, there will be a place for you in the Pokedex.

Maintain Memories Regardless of Risk: How to Avoid the Worst Case Tech Scenario