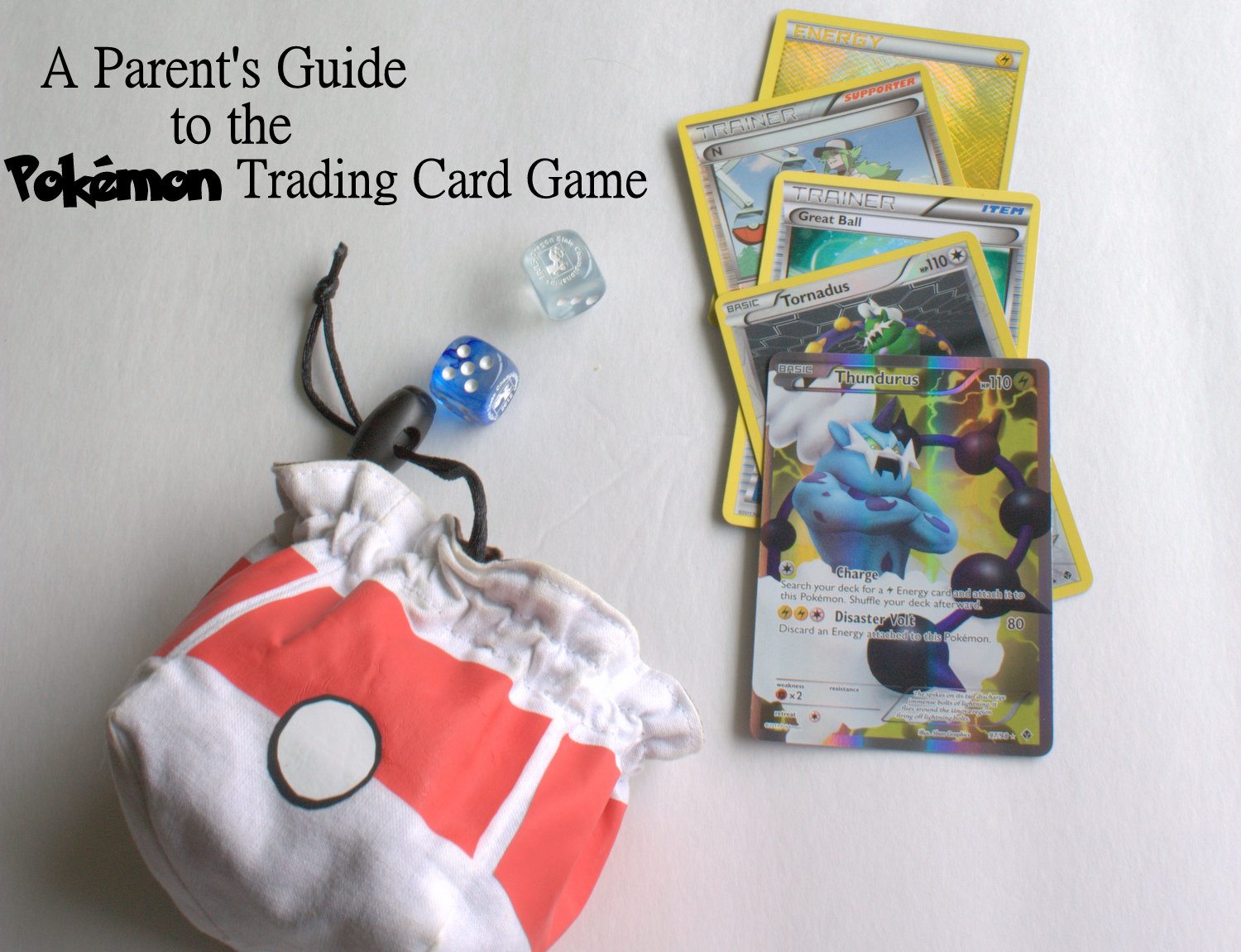 Your kid just came home with some playing cards that have colorful little monsters on them and they call it a Pokemon Deck and want help building it. If you haven’t been exposed to Pokemon before, you aren’t alone.

Breathe. That’s why I’m here. I’m going to help you understand the basics of the game, and how to build a deck.

The Basics of the Pokemon Game

Pokemon is an animated show, a series of video games, and a card game about people who collect, train, and battle the cute, weird monsters (Pokemon) that inhabit their world. In the card game, the player takes the role of of a Pokemon Trainer and battles another trainer. The cards represent the player’s collection of Pokemon, and items, other people, and tools that the Trainer can use to influence the battle. The play of the game represents the battle as the two Trainers direct their Pokemon to knock their opponent’s Pokemon out of the battle.

If there is a game store where you live, they will almost certainly carry Pokemon cards. Most big retail stores carry them, too; Target and Walmart are excellent places to find deals. If your kid is interested in Pokemon, but doesn’t have any (or very few) cards, look for a theme deck (around $10 for one deck)

. Most likely it will be a cardboard box, about the size of a VHS case, that says it contains one deck of 60 cards. After you have your deck picked, booster packs

can supplement the deck with more powerful or prettier cards.

How To Build Your Pokemon Cards Into a Deck

If you have a bunch of random cards, or want to incorporate a few random cards into a new theme deck, we should learn how to build a deck. A good rule of thumb to keep in mind is 20 energy, 20 Pokemon, and 20 Trainer cards for a 60 card deck. Once you have built a few decks and know what cards you want to play, you’ll see how fudging some of those numbers work and others don’t. Using this set-up to start will make it fairly easy to learn and play the game.

There are three main categories of cards.

First, let’s talk about Pokemon. These are the little monsters that the player uses to battle their opponent’s Pokemon. They come in different types: Fire, Water, Grass, Electric, Psychic, Dark, Fighting, and Dragon (Dragon is a fairly new kind). There are Pokemon who can evolve and are noted by Basic, Stage 1, and Stage 2 under the Pokemon’s name—these Pokemon will start off in their Basic form, which can evolve into their Stage 1 form, and may be able to evolve into their Stage 2 form. Another kind of Pokemon is a Legendary. They don’t evolve and are quite powerful on their own. Be forewarned—these are the Pokemon your kids will ask for–especially the ones that are like the ones above. These are known as “full-art” cards because the artwork covers the card instead of just being a tiny picture. The full-art cards don’t come in theme decks. Normally these can be found by chance in a booster pack.

Find a Pokemon your child likes. If it is a Stage 1 or Stage 2 Pokemon, try to put two or three in the deck–three of the Stage 1, and four of the basic (see above, I put three basic and two Stage 1) . If your child picks a Legendary Pokemon, try to put four in a deck. After the favorite Pokemon has been picked, try to find other Pokemon of the same type (Fire, Water, Grass, Electric, etc.) to compliment the main Pokemon. If they want, you can have two different types of Pokemon in the deck, but for a new player, it’s best to limit it to one or two types and no more. Once you have come up with about 20 Pokemon total, you are ready to move on to energy—just make sure you don’t have more than four of any one card!

Next, we can move on to energy. Energy is needed to power the Pokemon’s abilities. Look through all of your energy and try to find 20 that match the symbols on the Pokemon in the deck. If the deck has Pokemon of two different types, try to include energy of both types in approximately equal numbers. You can have as many copies of basic energy cards as you’d like. Special Energy are also an option. They can be more versatile, but a deck can only have four of any kind of Special Energy in a deck.

Trainer cards are the final part of your deck. These cards can do all sorts of things, from healing Pokemon to letting the player search their deck for a card or many other effects. There are Items, Stadiums, and Supporters. When picking 20 Trainer cards, try for a good mix of Items and Supporters. Here’s why: During a player’s turn, only one Supporter can be played, but multiple Items can be played. Stadiums behave differently; they sit between two players and affect both players whereas most cards only affect one player. Again, there can only be a maximum of four copies of any Trainer card in your deck.

Once you and your child have picked out about 20 each of Pokemon, Energy, and Trainer cards, count them up! If you are slightly under 60 cards total, see if you can add another copy of a Trainer card that you only put one or two of in the deck, or another copy of a Basic Pokemon, or one or two more energy. If you are over 60, double-check that your Pokemon have one less Stage 1 than Basic in the deck, and one less Stage 2 than Stage 1. If you are including four copies of a trainer card, consider including only three or two. Once you have exactly 60 cards, the deck is ready to go.

One other note: Most theme decks come with a coin and some cardboard damage markers. These are great items to collect, but aren’t very useful while playing the game. Instead, try using clear six-sided dice. I say clear because if your child decides to play at a league or in a tournament, dice a judge can’t see through will not be allowed. When using a die as a coin, evens equal heads and odds equal tails. When a die is laid on a Pokemon, each die-pip can represent 10 damage.

Next time we will talk about how to play the game. I am excited to hear what decks you build!

55 thoughts on “A Parent’s Guide to ‘Pokemon’ Part 1: Deck Building”