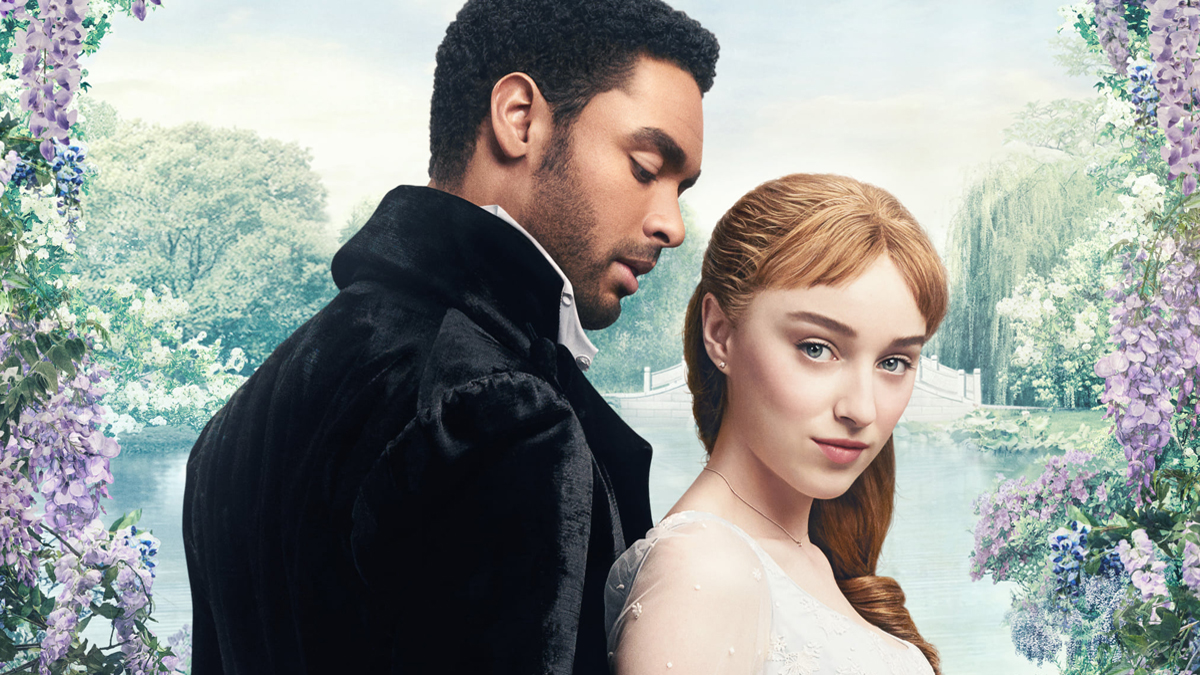 It is universally acknowledged in my house that I love Regency era romance novels. Luckily for me, there’s many authors who feel the same way and while I haven’t read all of the big name authors yet, I’m certainly familiar with many of the names who write for the Harlequin Historical line. Of course I was excited to see that Netflix recently dropped Bridgerton, a series from Shondaland based off of Julia Quinn’s very popular books about the fictional Bridgerton family. Like most TV adaptions of anything historically based, Bridgerton is not always going to be perfectly accurate from a historical standpoint and some readers even like to think of these series as “historical fantasy’ which makes it no less enjoyable for most people. One of the things I have noticed about Bridgerton is that it’s not just my friends who are traditionally romance readers familiar with the era watching this show. After a second watch, I realized there’s some details that people less familiar with the Regency might not have caught so as a way to welcome these people to the genre, I’d like to share a few facts that might give you a better understanding of this world.

Note: For plot purposes I will refer to events portrayed in the Netflix adaption which may vary from the book. The remainder of this article also has spoilers for the first season of Bridgerton.

What even is the Regency era?

King George III of England was deemed unfit to rule due to issues with mental illness (some of this was portrayed in the show). You can’t really fire a king even if they are mentally unfit for their job so George III’s son, Prince George, became the Prince Regent and ran the country by proxy until George III died in 1820 and Prince George officially became King George IV. This era of Prince George being the Prince Regent is known as the Regency  and has become a particularly popular time period for romance novels due to a huge concentration of social, political, and economic shifts as well as a war with Napoleon.

So what actually is the “Season?”

The Season was a period of time in the year that the biggest social events for the upper classes went down in London. While Parliament started to meet in the winter, they usually waited until after Easter to bring their entire families to London when travel was easier. This kicked off a bunch of high society social events that were very convenient for families to find spouses for unmarried daughters and sons. It usually ended around July or August. It was also a huge opportunity for merchants and craftsman in London because people with the most disposable income had flooded the city and were ready to spend money.

“Ton” is short for the French word “le bon ton” which refers to manners or style. It was basically a fancy way to refer to the members of high society.

What was “on the shelf?”

Many young men of high society were not encouraged to marry until they had established themselves and could support a family (often around age thirty), These society men with titles (or expecting to inherit one) were encouraged to have an “heir” and a “spare” (these were always sons) to ensure the family line continued. This meant that the childbearing ability of young women was of great concern when it came to marriage eligibility. Without the medical advances we have now, childbirth was hard on women and the general belief was that younger wives would be more likely to take this on successfully. Young women could get married straight from the school room so the era considered an ideal wife between the ages sixteen and twenty-four. Please note, the schoolroom was not a public school. It was literally a room on the family’s estate where a governess gave lessons to young ladies. Once a young woman hit the age of about twenty-five, the view was that she was less likely to produce that heir and spare and was “on the shelf’ and much less likely to be considered marriageable. While characters like Eloise would care far less about this, Daphne desperately wanted a family so being considered “on the shelf’ would have been horrific for her. This is also why Charlotte Lucas in Pride and Prejudice actually married Mr. Collins on purpose. At twenty-seven, she felt she was far unlikely to get another offer.

What was the significance of dancing twice at a ball with the same person?

There were very specific rules about how many times you could dance with the same partner or risk your reputation. One dance set was common, but if a young man danced two sets with the same young woman it was a public announcement that he wished to get to know her better, which was why Daphne emphasized the “two dances with Simon” thing to her brother. Dancing with the same person for more than two sets basically implied they were engaged and if they were not that could be a reputation ruiner.

Why did Miss. Thompson threaten to reveal that Madame Delacroix was not French?

French fashions (and many other French things) were all the rage and high in demand among the upper class in England so getting your dresses made by an actual French modiste was the thing to do. It wasn’t unheard of for a modiste to fake being French in order to gain business from high society clients. Miss. Thompson could have tanked Madame Delacroix’s business if she had gone public with the truth that she wasn’t really French. Given that Madame Delacroix had orders for dresses for a soon-to-be duchess among other women with titles, that was something she did not want to risk.

Why was Anthony so upset that Colin didn’t tell the family before he proposed?

Colin very impulsively proposed to a young lady that his family didn’t know very well and given his age and the fact he was the third brother, there’s definite uncertainty about how ready he actually was to provide for a family. Worse yet, when a young man proposed he could not take it back unless something very morally compromising came up about the young woman because that was a reputation destroyer and any hits to your reputation could take your family down with you. Anthony was certainly concerned about the speed Colin was taking things at and was pressing for a longer engagement as a result. When Lady Whistledown revealed that Miss. Thompson was pregnant and not by Colin Bridgerton, this actually gave Colin grounds to call off the engagement.

Why did Colin suggest eloping to Gretna Green?

During the Regency, couples had to be twenty-one to marry without permission in England. Scotland had much looser rules and a couple did not have to be twenty-one, they just had to declare themselves married in front of two witnesses and give assurances that they were free to marry. Gretna Green was the Scottish village located on the direct route from London to Scotland so it was the fastest Scottish village for an eloping couple to reach. Many of these ceremonies took place at the blacksmith’s as it was a central location that was often up and running all day.

I hope these little facts helped you out with little details about the Regency that you may not have been familiar with. If the wait for another season seems too much to bear there are lots of Regency romance novels you can devour in the meantime. Some of my favorite writers can be found among the Harlequin Historical authors, but there are many others with books featuring all the romantic shenanigans of the ton you could possibly want.

‘The Great Kindness Challenge’: Who’s In?

7 reasons ‘Pokémon Go’ Is Perfect for Parents of Toddlers