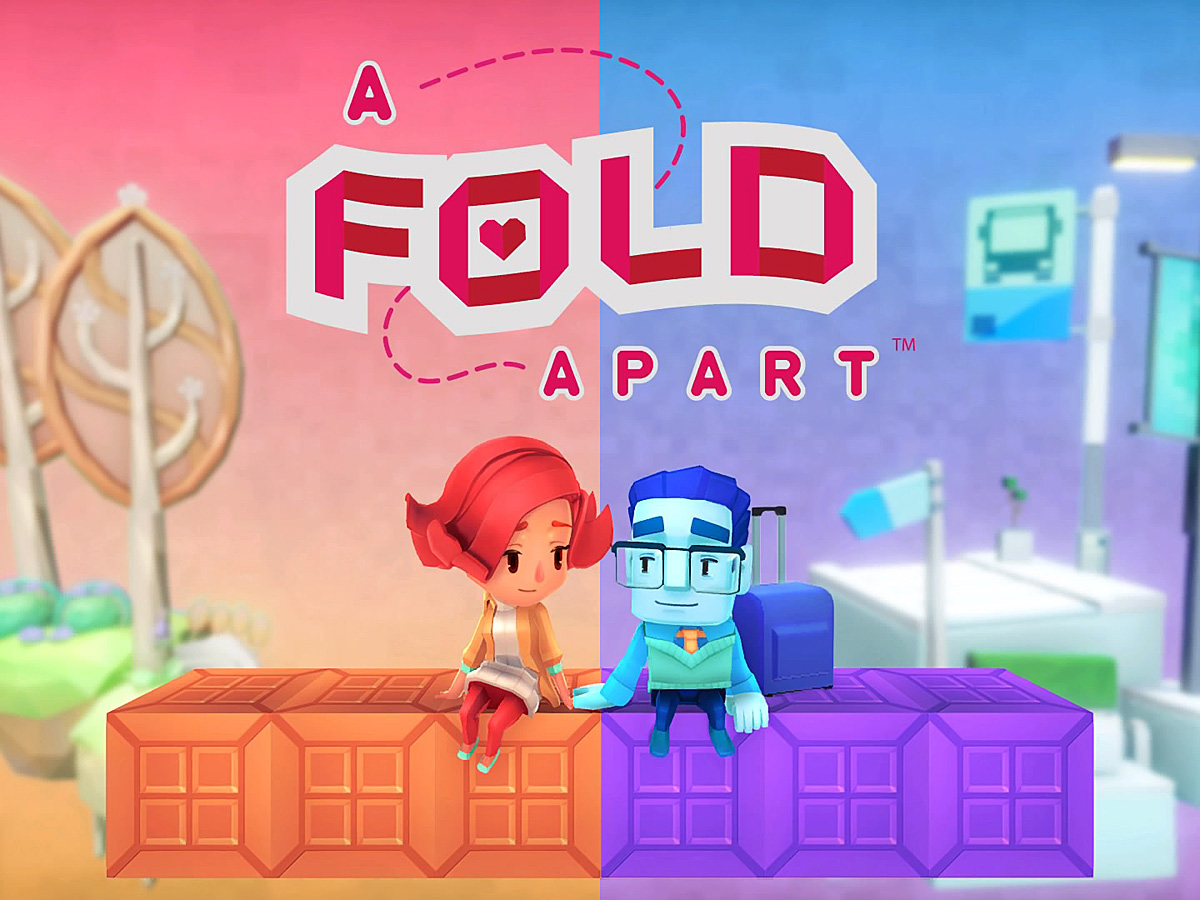 What is A Fold Apart?

A Fold Apart is a puzzle game with an emotional backstory that follows a couple facing the challenges of a long-distance relationship. It deals with themes including loneliness, anxiety, and doubt making it the perfect game to play in 2020.

A Fold Apart is rated ESRB: Everyone and PEGI: 3 making it suitable for the whole family. Despite the game being about a relationship, there is nothing more risque than a touch of casual innuendo both visually and in the dialogue, putting the game on the same level as a Disney film in terms of what it shows.

A Fold Apart is available on:

In A Fold Apart you play as a couple (I’ve seen other reviews refer to them as Sam and Alex although I never saw any names given) alternately playing chapters as one of the two characters. Sam and Alex are deeply in love but when one of them moves a long way away for a year to pursue a major career opportunity, they have to navigate a long-distance relationship and all the troubles that go with it. The representation here is subtle but effective. The character’s names – Sam and Alex – appear to have been selected deliberately to avoid obvious gendering and, when starting a new game, you can choose from four options for your couple with different combinations of character genders.

There are two elements to the gameplay in A Fold Apart, although one is very minor. This minor element involves choosing between two responses in text message conversations. The messages you choose to send influence the responses you get from your partner but don’t appear to fundamentally influence the storyline in any way. These text conversations bookend most of the game’s six chapters and at the beginning of each one, some message will be misinterpreted by the character you’re playing causing a potential rift in the relationship.

The main activity of the game in each chapter are the puzzles that form each level/scene. There are over 50 of these levels in A Fold Apart and new aspects are introduced as you move through the chapters. The goal in each level is simple and the same each time, get the character you are controlling (Sam or Alex) to the shiny star. When they touch it, the path out of that level will be revealed and you can continue through the chapter.

You can move around inside the level by simply walking up and down, however, you will quickly find your route blocked which is where the puzzle element comes in. Each level is in effect, a piece of paper with paths on both sides. By folding the paper and flipping it over, you can guide your character along the paths and help them reach their starry goal. Sound confusing? It’s probably best to watch a few minutes of gameplay to help you understand exactly what’s going on here:

You’ll initially begin by only being able to flip your paper and fold it from the left and right, but as you work through the chapters you will soon gain extra abilities like folding from the top and bottom, pushing blocks, rotating the paper, and climbing up and down a little. Sometimes your path will also be blocked by strange-looking machines, these machines will give you a mild shock if you touch them and this, combined with the broken heart symbols they display, lead me to think they are supposed to be based on defibrillators.

As you progress through the chapters, the thoughts of your character will appear on the screen. Sam and Alex work through their relationship dilemmas as you guide them along the paths and they slowly come to understand that the message they were hurt by wasn’t intended the way they first thought, or that they should reword a message they are about to send to prevent the other from being upset. However, as problems continue to arise, the pair begin to debate if all the effort they are putting into their relationship is really worth it.

Should you get stuck, a hint mechanism is available through the options menu. On entering this mode, the level will reset and the first step you need to take will be shown. You can then choose to exit to the level knowing the first step or view the second step, and so on.

The story plays out over six chapters and at the end of the final one the game has a definitive conclusion.

No expansions are available and the game has no in-game purchases.

I enjoyed playing A Fold Apart a lot and found the levels challenging without becoming so difficult that I wanted to give up. Folding, flipping, and turning the screen might not seem like the most engaging of gameplay but it is surprisingly involving and everyone in my household found themselves pausing to watch and give suggestions when they passed the room while I played. I did have to resort to the game’s hint mechanism a couple of times but this felt reasonable and I didn’t feel as if I were constantly getting stuck nor sailing through too easily.

The gameplay is essentially one long metaphor for two people working to overcome obstacles in their relationship and find their way back to one another, and this is especially noticeable if you pay attention to the backgrounds. The themes of loneliness, anxiety, and doubt feel especially important right now with so many of us kept apart from our loved ones and experiencing the same emotions as the characters in the game, the positive message found here overall then is one that is likely to be very beneficial assuming you can get through the admittedly depressing gameplay. My husband watched me playing for a while and announced A Fold Apart was possibly the most depressing video game he’d ever witnessed (personally, I feel that dubious honor goes to the wonderful yet utterly tragic Neversong). While I found it more relaxing than depressing, anyone going through a breakup or other period of emotional turmoil might want to steer clear as A Fold Apart will almost certainly be very upsetting.

Speaking of relaxing, A Fold Apart may be one of the most chilled out games I have ever played. It is incredibly slow (even walking across the screen can take a while in parts), has a soundtrack of gentle music, and with no enemies to speak of there’s no chasing, attacking, or other moments of wild exhilaration to break you from the laid back trance this game will put you into. I can easily imagine a lot of players finding it intensely boring (my eleven-year-old gamer wouldn’t last ten minutes) but for those of us who enjoy something slow-paced that also gives our brain cells a workout, A Fold Apart is a true gem.

If I had to find a negative for this game, it’s that I found the dialogue annoyingly whiny at times (think Victor Frankenstein or Edward Cullen in Midnight Sun). Also, the ending comes about quite suddenly and is predictable, particularly if you’ve picked up that you are consistently moving one character toward the left and the other toward the right – both toward the center of the screen. I did find the sudden ending a little strange considering the direction the dialogue had been taking right up until that point however and I would have expected a few more chapters to make the conclusion we got make more sense.

Taking just a few hours to play, A Fold Apart could easily be played in a single evening as an alternative to a movie night and would be a great couples activity as you work through the levels together, taking it in turns to control one of the characters. I loved it and I’m sure many others will too.

‘The Daily Show’ in CLE 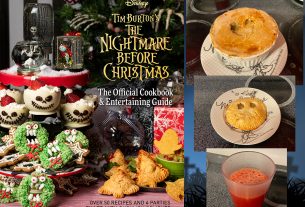 ‘Nightmare Before Christmas’ – The Offical Cookbook and Entertaining Guide

The Winner of Our Samsung Galaxy Note 8.0 Giveaway!