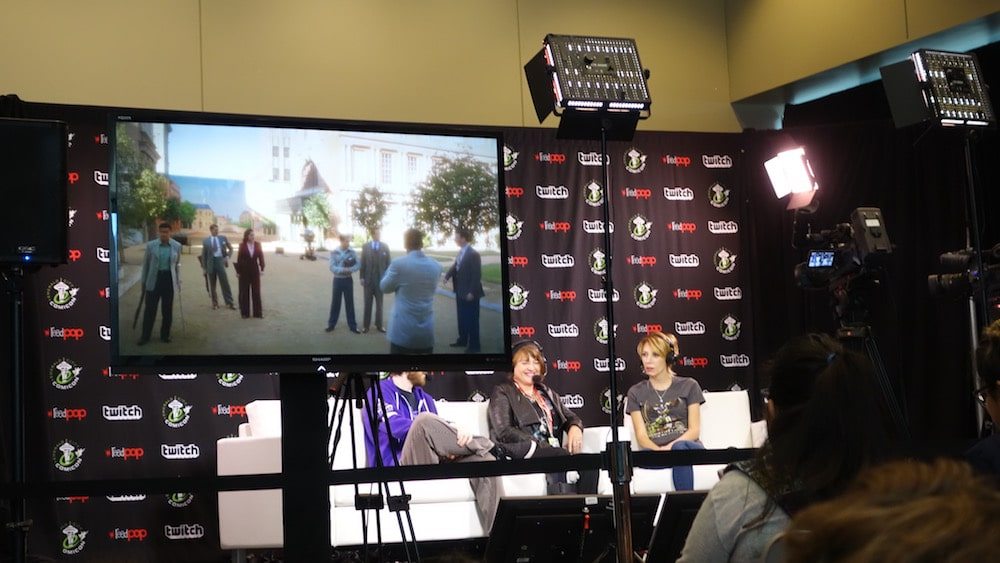 While Emerald City Comicon 2016 boasted some huge celebrity guests, other guests were just as fascinating to sit and listen to. Giovanna Melton, costume designer for ABC’s Agent Carter, gave con-goers an all-too-quick glimpse into the process of making vintage-inspired designs for the show.

Melton first attended a meeting with the show’s producers and threw her hat into the ring for the job (almost literally) by showing the design for Agent Carter’s now famous red hat and blue suit. “I brought in a presentation [after] I’d read the script, and I was hired in the meeting. The blue suit and the red hat, they were like, ‘That’s it.'” She designed both herself. After that, Melton says, the job was hers.

As for the look of the show as a whole, not only did she look to the source material in the comics, “[I] talked to the writers to get their vision on it,” said Melton. After that Peggy’s distinctive style, along with the designs for the rest of the cast, was fully fleshed out.

For season 2, Melton had one suit for Peggy Carter that was vintage, but the rest were created by the hardworking costume team. Only one version of a costume can exist when it’s vintage, said Melton, “So any time you see a stunt, you know we made it.

“We even had problems with a couple [vintage] pieces… the seams would come out because it was rotting. I use [vintage] sparingly because, you know, they’re 70 year old clothes.”

One standout costume for the second season was Dottie’s gorgeous black and red gown, a subtle but distinct homage to the Black Widow that Melton devised on her own. “I showed [the crew] and they said, ‘Ah! That’s great!'”

All of the costumes on Agent Carter are made of natural fabrics–never polyester. “I don’t use synthetics. I stay with wool, silk, cotton, linen because that’s what was then,” said Melton. “I get the fabrics from around the country.”

Fabric is often ordered and shipped overnight because the costume department has just 8 days to turn around the entire cast’s wardrobe for one episode. That’s right–just 8 days.

From sketch to sewing to production, the team works at an almost unbelievable pace to get it all done. For just Peggy, “It’s not unusual for us to make 12+ outfits for her in that 8-day span.

“It’s a challenge,” said Melton with a smile. “It’s scary.” But the hard work definitely pays off for Agent Carter, and the costumes play a big part in the show’s charm and appeal.

Consignment Sales: Good For Your Wallet And The Planet