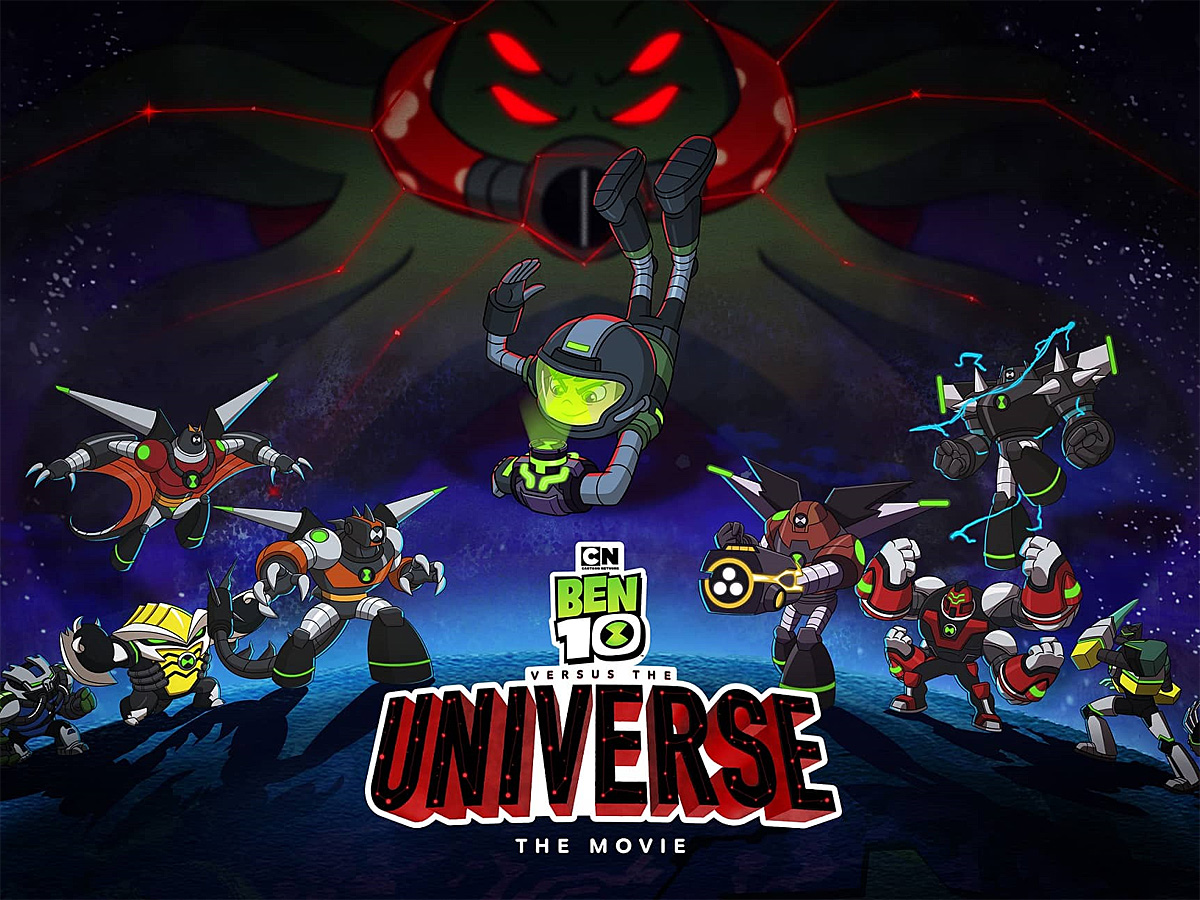 Ben 10 Versus the Universe

Tomorrow, appropriately enough on 10/10, the latest Ben 10 movie—Ben 10 Versus the Universe—will debut on Cartoon Network at 10 am local time*. If you don’t have Cartoon Network then don’t worry, the film will be digitally released the next day and on DVD on October 27. Check out the trailer:

In Ben 10 Versus the Universe, Ben has become disillusioned with fighting run-of-the-mill villains in repetitive battles, so he is thrilled when a mysterious object is discovered to be hurtling toward Earth. When Phil upgrades his Omnitrix (the device that allows Ben to transform into various alien beings), Ben launches into space to intercept the meteor. However, things don’t go according to plan, trapping Ben in outer space while Vilgax lands on Earth and begins his reign of destruction. Can Ben find his way back to Earth before the planet is destroyed entirely?

I got to watch an advance screener of the film and enjoyed it, even if it was a little hard to follow at times given that I’ve only read the graphic novels before and never watched the show. While I preferred the scenes focused on family to the frequent fight scenes, I have no doubt that the vast majority of the target audience will love watching Ben using his various forms to take on seemingly endless alien enemies. There were some truly funny moments too; I especially enjoyed a scene involving two cops preparing to handle a dangerous case of jaywalking!

Supervising producer Will Patrick noted that “Ben’s real strength comes from the support of his family, so the best way to raise the stakes is, to separate him from them by flinging him into space,” and this was clear throughout with both Ben and his family struggling to deal with their situations without the support of the other. Naturally, by the end, things are back to normal—or as normal as they ever get in Ben’s world at least.

Recently, I’ve really enjoyed reading the Ben 10 graphic novels from Boom. To prepare for the film’s release, I’ve been catching up on the last three Ben 10 graphic novels by C.B. Lee. These middle-grade adventures mix paranormal action with superhero style heroics, a loving family at its core, and always include fantastic lessons for young readers to take away, while never feeling like you are being preached to with in-your-face morals.

In Mecha Madness, Ben and Gwen are facing off against the steampunk-inspired villain Steam Smythe, who believes that all modern technology is inferior when compared to the power of steam and has vowed to destroy it with the help of his army of mechanoids.

Unfortunately, Ben’s ego has started to get the better of him; he is increasingly lazy and refuses to heed the advice of his intelligent cousin Gwen. Increasingly frustrated, Gwen decides to take matters into her own hands when she discovers Steam Smythe’s incomplete mecha-suit and decides to become a hero in her own right. With Ben unhappy at sharing the limelight and Gwen inexperienced at fighting, the pair are too distracted to realize that the onslaught of mecha creatures they have been tackling might just be a distraction. They will have to work together along with Grandpa Max in order to stop the real threat.

This was actually my least favorite of the Ben 10 graphic novels so far, primarily because I struggled to care much about the villain and his army. I also found Ben’s arrogance irritating—possibly because I’m already putting up with bucketloads of attitude from my own tween son and don’t need to endure more of it in the books I’m reading! That being said, even considering this book to be a weak link in the series, this is still a great story that will no doubt please many fans, especially the younger readers it is aimed at.

As with all the Ben 10 stories, there’s also a valuable lesson to be found here. In this case, Ben learns what the consequences can be of becoming overconfident to the point of cockiness, and of ignoring good advice in the belief that you always know best. Ben’s overconfidence has dangerous consequences at times, but Gwen’s belief that she can simply step up and take over with no experience also has its risks, and both kids have to learn their own limitations and that, sometimes, it’s best to take on board the advice and experience of others.

In The Manchester Mystery, Ben, Gwen, and Grandpa Max are visiting a living museum in the form of an old-fashioned town and the famous Manchester House. Gwen is excited to learn all about the town and life in years gone by, but Ben is immediately bored and more interested in keeping up with updates from his favorite video channel—the Mystery Boys.

As they explore, the Tennyson family learns that the Manchester House was once home to a mystery of its own. The Beast of Manchester once terrified residents of the town and the eccentric family who owned the house were rumored to be able to control it, even going so far as to charge local residents for “protection.” Now, objects have started vanishing from the house and the tour guides refuse to work at night. Ben’s interest is piqued when he realizes that the Mystery Boys themselves have arrived to film their latest episode in the house too.

Determined to find out what’s really going on, Ben and Gwen begin their investigation and quickly figure out that one of their villain enemies is behind things. There seems to be some truth to the legends of the Beast, but Ben is disappointed when a discovery reveals that his on-screen heroes are not quite who he thought they were.

This is by far the most truly paranormal of all three of these Ben 10 graphic novels, making it perfect for reading this Halloween season. It contains many classic haunted house tropes scattered throughout, along with subtle references to places like Colonial Williamsburg and the Winchester Mystery House. The Manchester Mystery was easily one of my favorite Ben 10 stories so far because of all this, and partially because I didn’t find Ben himself quite as obnoxious in this outing as he can be in some others like Mecha Madness.

Ben’s lesson this time around was focused on taking things at face value and not believing everything you see on screen. Ben is disappointed and angry when he realizes that the Mystery Boys aren’t the same people in reality as the personalities they project on their channel and that much of their content is misleading and exaggerated in order to gain viewers. With the growing popularity of YouTube channels over traditional media (my son, who is of a similar age to Ben, would choose watching YouTube over TV or any of our streaming services 99% of the time and subscribes to dozens of channels), learning that what they see is rarely real and unedited is a vitally important lesson for today’s youngsters.

The Creature from Serenity Shore

In The Creature from Serenity Shore, Ben, his Grandpa Max, and cousin Gwen have just arrived at the coastal resort of Serenity Shore in the hopes of getting some much-needed rest and relaxation. The resort is famed for its coral reef, which is home to a special species of squid; Gwen is excited to learn more but Ben—who is terrified of squids—is less enthused.

After being persuaded to take a scuba tour, the kids discover that something is seriously affecting the local squid population and also that a popular wildlife ranger has gone missing. The locals believe a new research facility is responsible but after witnessing something large in the water, Ben comes to believe that a sea monster is at large. Teaming up with some other kids from the resort, Ben must overcome his fears in order to uncover the truth and save the squids and the coral reef they call home.

This was a really fun, fast-paced story, and it included two really important messages rather than the usual one. The first, and most obvious, was related to environmentalism. Ben and Gwen learn how the new industrialization in Serenity Shore is adversely affecting its wildlife and there are also some key lessons subtly woven in about the importance of coral reefs and how we should take care of them.

The other great message regarded mental health. Ben is used to being a hero and doesn’t know how to react when he finds himself paralyzed by fear after being forced to face one of his phobias. His initial reaction is somewhat unhealthy, but with support from his family, he is able to work through his anxiety and learns some coping mechanisms and also that you can be brave whilst also being scared at the same time. I loved how the story showed that anxiety and fear can be a serious problem, but also one that can be overcome with support and self-belief.

*Time is correct for the UK, US, Germany, and Canada. May vary elsewhere.

GeekMom received copies of these graphic novels for review purposes. An advance screener of Ben 10 Versus the Universe was also provided along with a complimentary galaxy light courtesy of Cartoon Network. 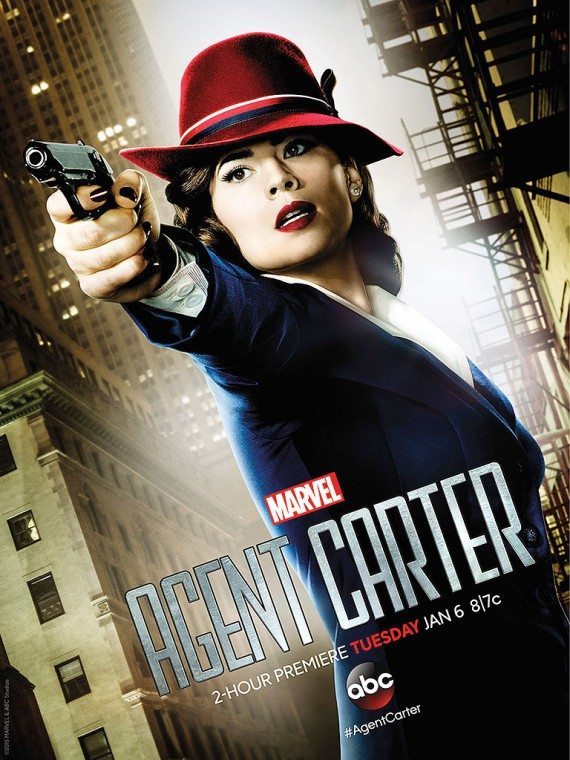