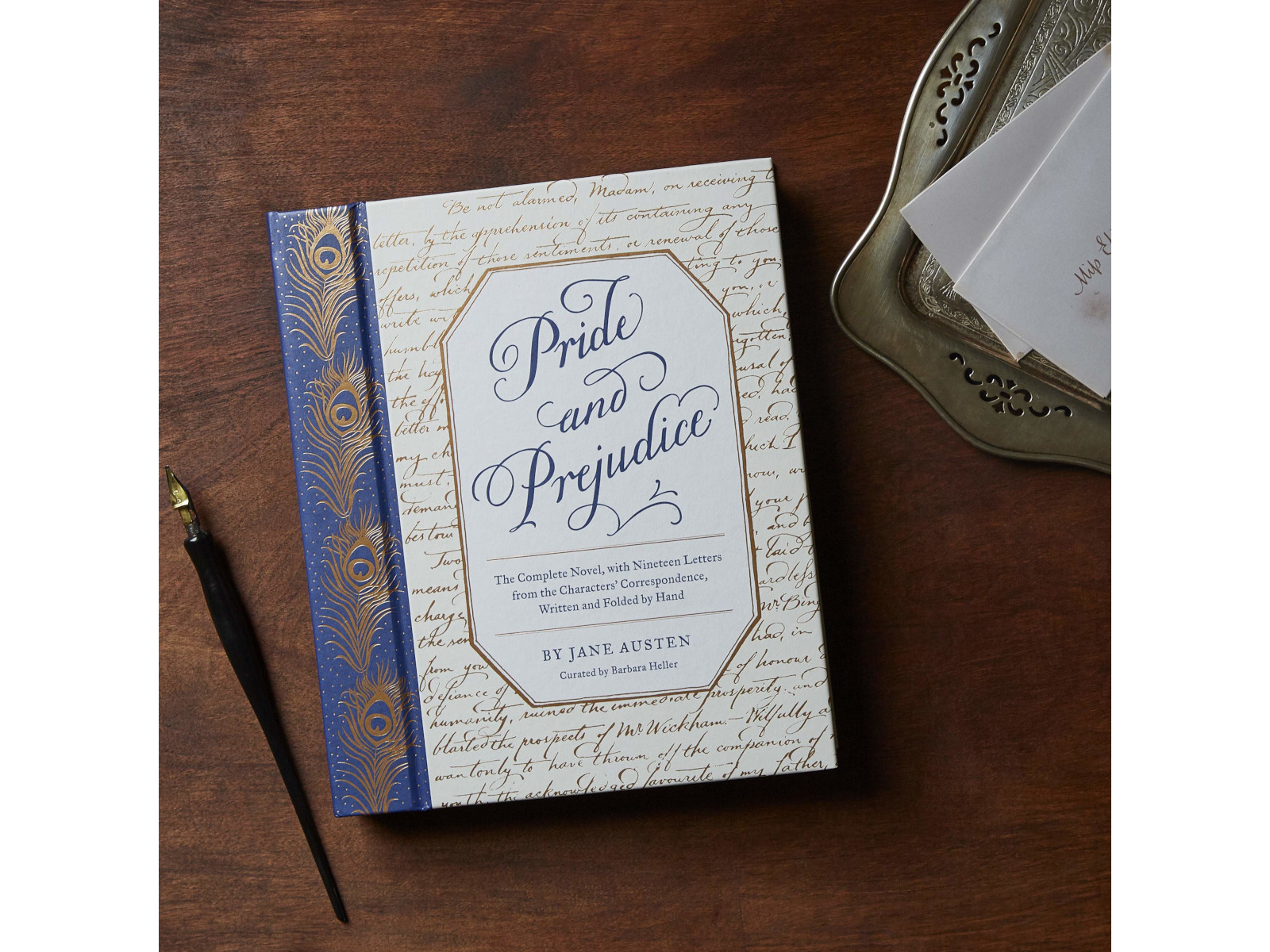 Letter writing was the primary way people communicated in Regency England. Unless you were close enough to quickly walk to your neighbor’s (perhaps under 1/4 mile), sending letters was The Way to send and receive information. Because there were no phones, no email, no telegraph (though carrier pigeons had been used for thousands of years), the postal system was a pretty robust one, and they seemed to have it down to a science in England, with mail often delivered more than once a day. 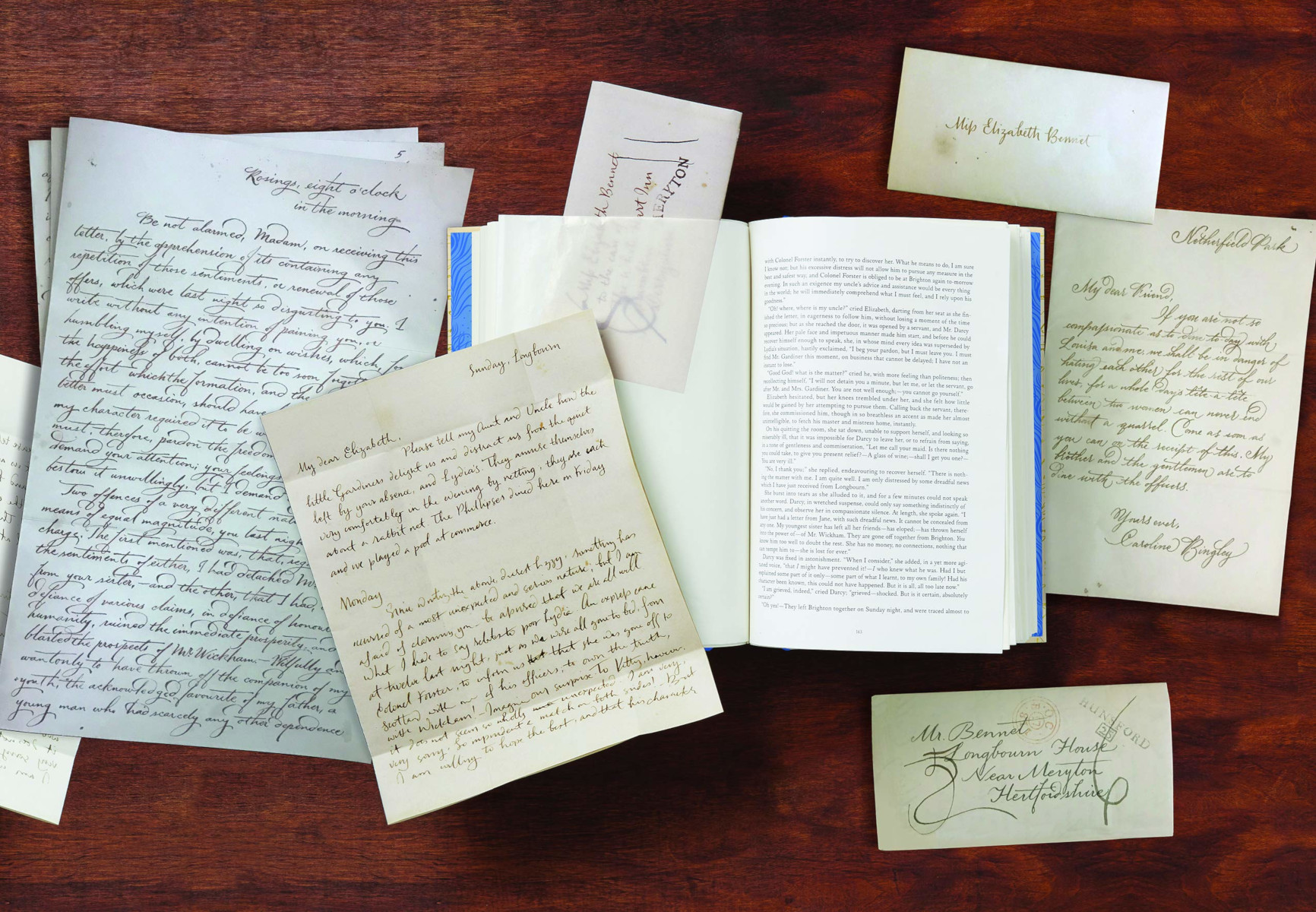 So it’s no surprise that books written during this time feature letters and letter writing prominently. Letters are so interwoven into the stories that we may not even realize just how many there are. Such was my experience when I got the chance to review a new Pride and Prejudice edition put out by Chronicle Books that includes a whopping 19 pull-out letters as a bonus.

Now, I know Pride and Prejudice like the back of my hand. My bookshelves have so many Jane Austen books and references that there is an entire section devoted to works by and about her. But I suppose I had never counted the number of letters included in the story before, nor made a note of the fact that their full content was included in the book. But this gorgeous new edition of the story includes not only the complete novel by Jane Austen but 19 important letters from throughout the book, written in calligraphy and folded by hand, and included within the book’s pages just where they come up in the story. The letters are curated by Barbara Heller, who is a set decorator for movies and TV shows, as well as the writer and director of award-winning short films.

From Mr. Collins’s ridiculous presumptions to Lydia’s thoughtless choices to Jane’s informative descriptions to Mr. Darcy’s infamous letter of explanation, it’s all included here. These letters are written in calligraphy (and then printed) with the look and feel of an actual letter from the time. Each letter is an imagined replica in a format that reflects the character who wrote it and its content, including stationery style, handwriting, and even the way they’re folded and sealed. They are pretty well spaced throughout the book, sometimes with more than one letter per pocket, periodically providing a fun aside from the main text, or providing an alternate way of consuming the important correspondence in this book.

The letters’ content matches what is in the book itself, but the format of folding, of address, and of postal marks (or lack thereof) is all based on research of how mail was actually handled and reflects the personality of each letter writer. Some are short and informational—just a few lines—while others are long and engrossing.

The book includes an introduction from Barbara Heller on her experience with this project, all three volumes of Pride and Prejudice, and several appendices:

The text for the book itself is a bit small, but it is very crisp, and the pages are thin and delicate but very nice feeling, which was necessary to fit the letters into a volume without it getting too unwieldy. Since the sleeves that hold the letters are much thicker than the book pages (especially when the letters are inside), this probably isn’t a “curl up with in bed” type of volume, but it works well for general reference or reading at a desk or table. 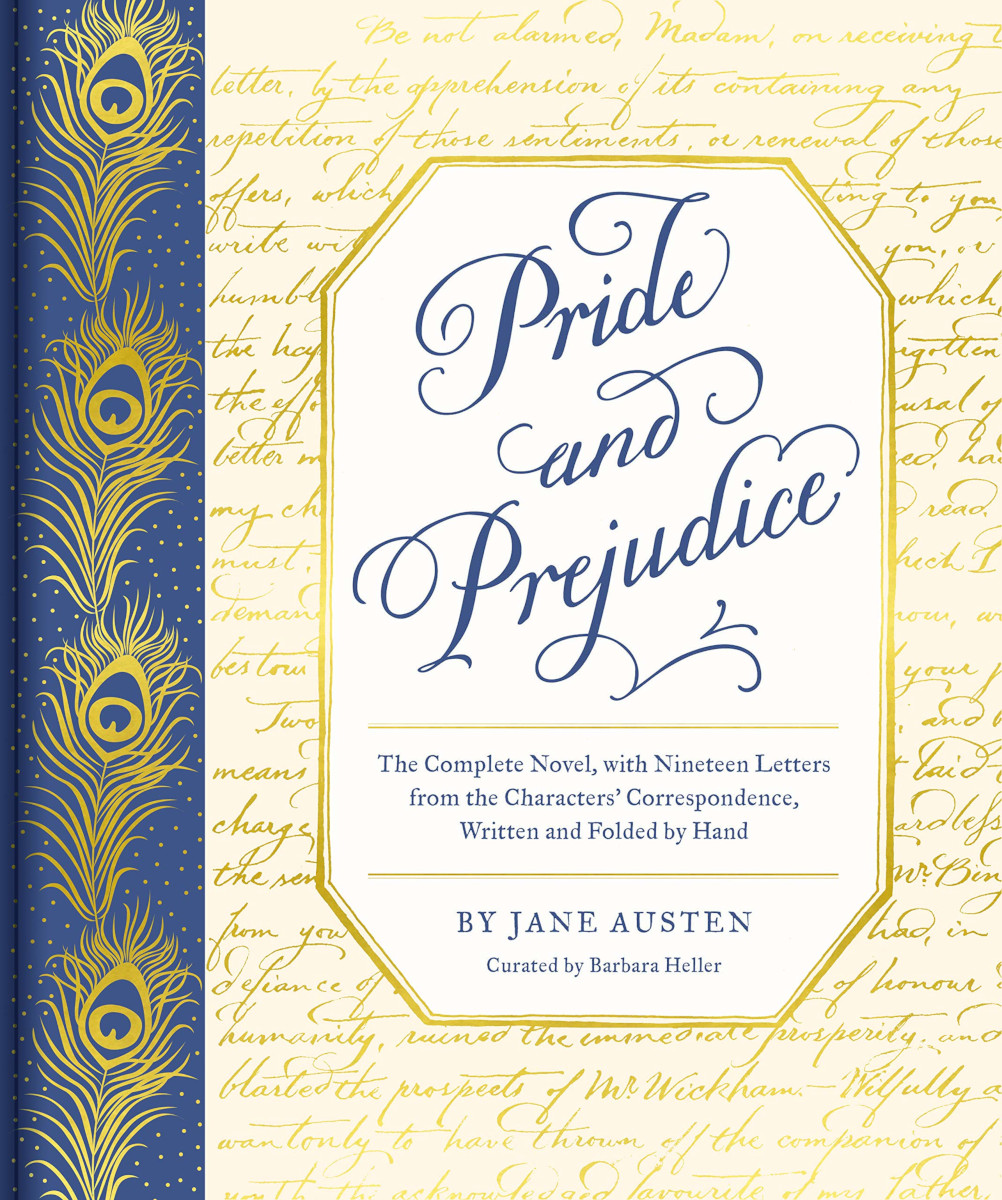 Some of my favorite letters are from Mr. Collins, Mrs. Gardiner, and, of course, Mr. Darcy. Mr. Collins is an amusing and proper correspondent, Mrs. Gardiner is helpful and delightful, and Mr. Darcy, well… He’s Mr. Darcy. I do think my very favorite letter of the book, though, was from Mr. Bennet to Mr. Collins on the occasion of Elizabeth’s engagement to Mr. Darcy. If you haven’t read it, I won’t ruin it for you, but it’s short, punchy, and laugh-out-loud amusing. All of the letters include plenty of interesting details and choices made in their format and style, so you’ll want to spend time examining everything closely.

Now, we can debate ad infinitum about which movie version of the book was better (*cough* 1995 BBC version *cough*), but most will agree that the book itself is the best way to consume this Jane Austen masterpiece that shows off her personal style, wit, and clever turns of phrase.

Pride and Prejudice: The Complete Novel, with Nineteen Letters from the Characters’ Correspondence, Written and Folded by Hand is available now. It’s a lovely gift for any die hard Jane Austen fan, or even for those new to the story, since the letters bring a real personal touch and make it feel more real, adding depth to Jane Austen’s probably most famous story. It is a quality edition that would be appreciated by serious and more casual fans, alike.

Note: I received a copy of this book for review purposes. This post contains affiliate links.