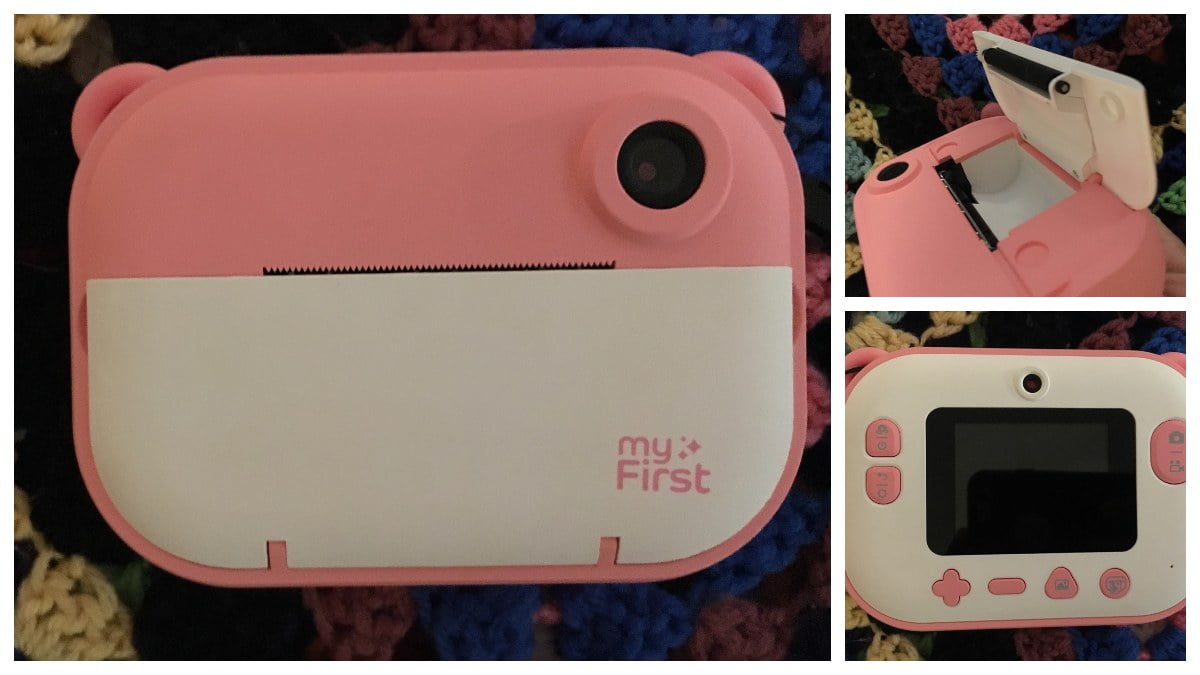 I don’t recall when I received my first camera as a child. I know that when I would track my allowance, I would always make sure I had enough money to develop a film or two each week. I was never adept at taking pictures, but I was always pretty snap happy. I would mail my film to Triple Print, a company in the UK that would send you back a replacement film, a standard size picture, and two miniatures of each shot. I would sort and organize into photo albums. I would pin to the wall. I would frame. This is probably the genesis of the scrap booking fever that took hold of me when I moved to America in the early 2000s.

My eldest son’s first camera is still going strong, and I am impressed that after five years it is still working as if new out of the box, and has survived three children. The camera that they have used most over the past two years is our Fujifilm Instax Mini 11 Camera. They take snaps and make books, they take snaps to mail to friends, they take snaps of Lego creations they want to remember. They love having a tangible product to show for their efforts. The film however, is somewhat cost prohibitive, and makes errors in photography quite costly. While nothing can replace that iconic white frame around the picture that a Polaroid-esque picture provides, it just doesn’t suit my family right now.

At this point in our adventures in photography enters the myFirst Camera Insta 2. This is a small, light weight, but durable camera for kids, that uses thermal paper to create printed photos quickly, we’re talking ten seconds kind of quickly. The camera comes with an SD card that allows for up to 32GB of storage, pictures or videos. Though, the videos don’t print. 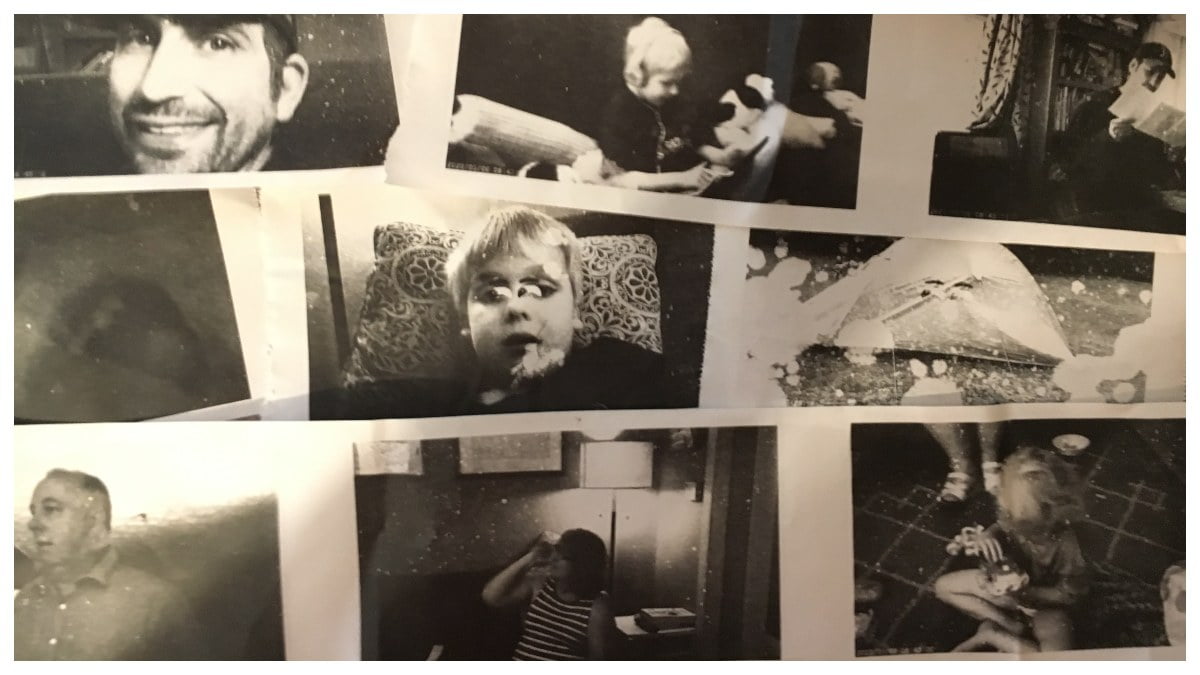 The camera comes with 3 rolls of thermal paper, one of which is a sticker roll, and each roll will print 80 pictures. Replacement packages cost $10, which is much more bang for your buck than the 10 pictures you get from a typical instant developing film. You can also use any thermal paper that is the right size. The instructions come with measurements but also with pictures of the roll from every angle so that you can line it up before using whatever you have lying around from previous devices. Power is supplied by an inbuilt rechargeable battery that lasts all day, and charges in under 3 hours. The power supply lasts while my kids work on projects or simply play with it, and charges up quickly, while they are occupied with something else. It comes with a variety of adapters, so that you can charge it no matter what you have at hand to hook it up to. It also comes with a lanyard to keep the minions from dropping it, but mine had removed and hidden that within the first few minutes of having the camera.

The favorite feature so far appears to be the selfie screen, though since my husband and I rarely take them, I’m still not sure where my kids picked up on this photography gem. It comes with filters and templates for their creativity to go nuts, and with stickers to decorate the printed picture. 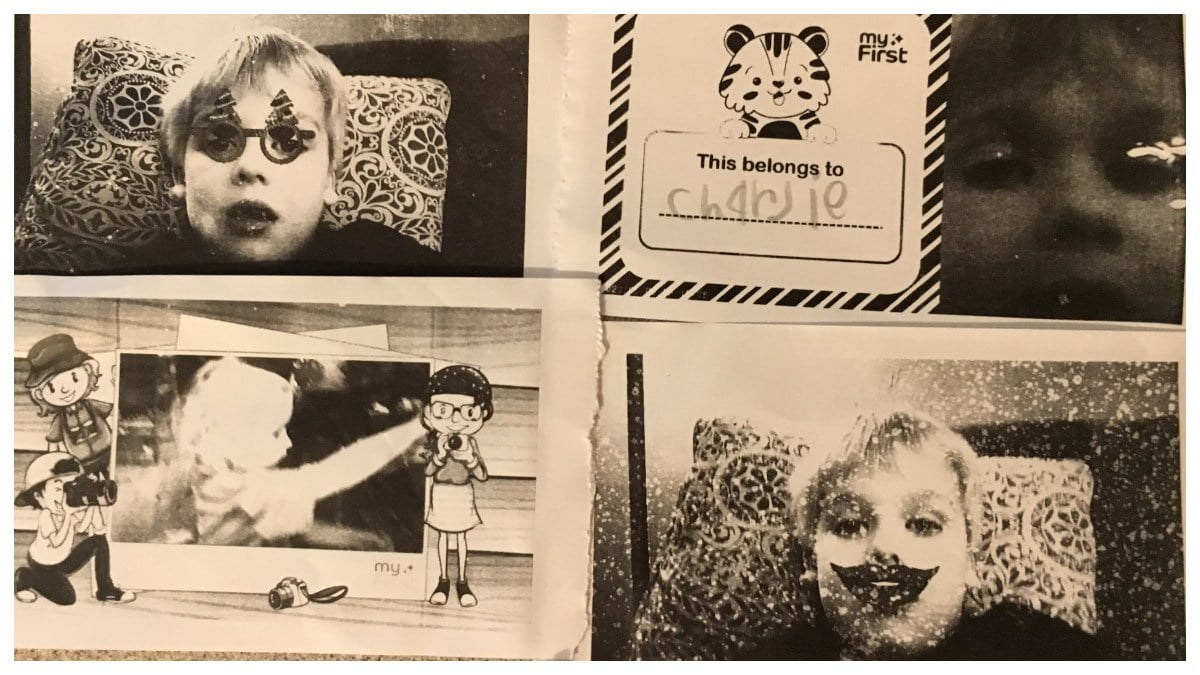 It is available to buy online, in either pink or blue, for $99.90 from Oaxis. While it has yet to have a release to general stores, given how popular this has been with my kids, I wouldn’t be surprised if it were more generally available come this Christmas. My kids enjoy all three of the cameras that we currently use, but the Insta 2 is certainly getting the most mileage. I am more prone to let them click away than I am with the Fujifilm Instax Mini 11 Camera, which now gets reserved for my projects, while they appreciate the freedom that this gives them. The camera is just as durable as their old V-Tech, which is sturdily designed for a toddler, but the screen and quality of shots are much better. My kids love the speed with which they have access to their pictures, and the quantity of pictures they are now allowed to print. I love the cost of the finished product, and the capacity to just let them snap away with less supervision. The pictures are of a lesser quality than some of the prints from other instant cameras, but with the trade off being volume and cost of film, it’s a trade we are willing to make for the bulk of our playful picture taking. Thankfully this is saving the photography budget in our household right now, while allowing my kids to scratch the particular itch of wanting to hold a photo that they have taken.