A few weeks ago I had the chance to sit in a hall for 12 hours with like minded people, obsessing over detail and form, preoccupied with graphics and images. I tested new equipment that I now need to spend far too much money on, oh and I met Sarah Sidle. Here is my secret geek obsession, I am obsessed with Scrapbooking. I was at a “convention” known as a Crop, and Sarah Sidle just happened to be the name of a woman who won a door prize, it tickled me, probably only me!

For anyone involved in any kind of craft you know how obsessive it can get. People fight over supplies, pay top dollar for packages, scour stores for particular items – for me it’s alphabet stickers – and trade with other like minded people for just the right item. Like any hobbyist, we have our quirks, I will happily drive to three different stores because each sells the one particular brand of something that I like. JoAnn’s tends to have the good paper, Michaels has the best stickers, AC Moore has the glue dots I like. This is your mother’s comic book convention, trust me on this.

My friend Casey and I arrived half an hour late to the game, at 8.30 in the morning, it was our first time at a Crop and we were full of enthusiasm for the potential twelve hours of craft time. We both have two year old boys, so therefore have a plethora of cute pictures and not nearly enough time to organize them. Upon arrival we were blown away. The local high school cafeteria was now full of tables, 129 women and one man getting set up at individual workstations to scrap away the day. The walls were lined with benches full of Cricuts, more on that later, and the Keurig machine was going strong. The hallways were lined with vendors offering discount Crop pricing and out of stock items (including Star Wars Episode two stickers), there was even a swap table where you could leave unwanted items and take on someone else’s. There was a raffle with about a hundred  prizes, we each won one. There was an ugly page competition, where you could highlight and laugh at each other’s early, uninspired efforts. We didn’t win, our bad wasn’t bad enough. There was even a bag of goodies on the table for each of us. Chex Mix, Butterfingers and Crop specific Tote Bags. After wandering around in awe for a little while, we went back to our table to unpack and get started.

I’m a busy woman, so usually a handful of pages is all I manage in a month. I had twenty five done by the time we began cleaning up at 7.30 pm. A page in my main scrapbook, is twelve inches by twelve inches and can contain one or many photographs, I aim for at least four to a page to maximise the capacity of each album. Four photos at twenty pages an album only makes eighty pictures an album. I took about six hundred a month in the first year of Toby’s life, so it isn’t logical to stick to four a page. So far I have two, forty page albums of the first six months of his life, so I have managed to maximize my space. I know it’s still insane but I try not to judge myself too harshly.

It was an inspiring and exhausting day. I took notes from the artistry going on all around me, the different ways that one hundred and thirty like minded, but unique women, could take the same materials and create such vastly different things. It also brought me out of my shell in quite a few ways. I’m no artist, I like symmetry and order which is why I don’t tend to experiment with my scrapbooking, at the Crop however I tried out several new things, one of which included the Cricut.

by Provocraft has been around for years, and I had never wanted one. It seemed frivolous to me, much like the laptop my husband would like for his games, even though he manages perfectly well on the one he has. Then on my second day of contractions with my first son I watched an infomercial, the morphine induced coma I was coming out of at the time had nothing to do with the viewing choice, GoodFellas

was next. The Cricut is an electronic die cut machine. Using changeable cartridges and keypads, you type in what you want, insert paper, and the machine then custom cuts designs and lettering for you. It was certainly an amazing machine, but I’m a lazy scrapbooker, I enjoy stickers, so the idea of having all this cardstock in need of glue just didn’t appeal to me. I even re-purposed some of my husband’s old floppy disc labels for journaling. The thing is, just as a wireless mouse can enhance your laptop experience, there are machines that can enhance your Cricut experience. That’s where the Xyron

came into play. There are many machines available, I just happened to use a Xyron that day. You cut whatever you need on the Cricut, or by hand if you are that way inclined, then you crank the pieces through your Xyron and have instant sticker. To say I was amazed would be a gross understatement.

I have a toddler, a baby on the way and a full time job outside the home. I also like to read a book, write for GeekMom and crochet on occasion. Anything that saves both time and hassle, is something I’m interested in. To make my Scrapbooking easier, to finally get caught up on Toby’s baby years would be wonderful. By combining these two innovative machines, I would no longer have to wade through my two hundred sheets of alphabet stickers looking for a set that has the right lettering for the phrase I need. Now I just type, cut, and crank it out. It’s the next generation of artistic label making and I am hooked. So hooked in fact, that I have been scouring the internet since then for any signs of upcoming Cricut sales on Black Friday. FYI, I shall be at Michael’s at 4.55 on November 25th, cash in hand.

People wore scrapbooking T-shirts and comfy pants, had trash cans that clipped onto tables and were already talking about what they planned on doing at their next crop. Every single person at the crop, has an obsession with this craft to one degree or another. But whether you are new, and have a small tote full of supplies, or an old hand with a basket load, you are welcome here. Young and old, male or female, newb or master. I had quite forgotten how welcoming conventions, of any kind, could be.

The Cliffs of Insanity: Will Things Change for Women in Comics? 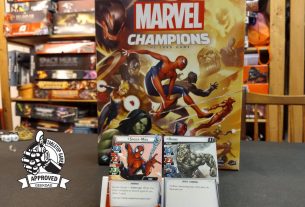 6 thoughts on “On How I Went to a Convention, met Sarah Sidle and Spent my Next Paycheck”