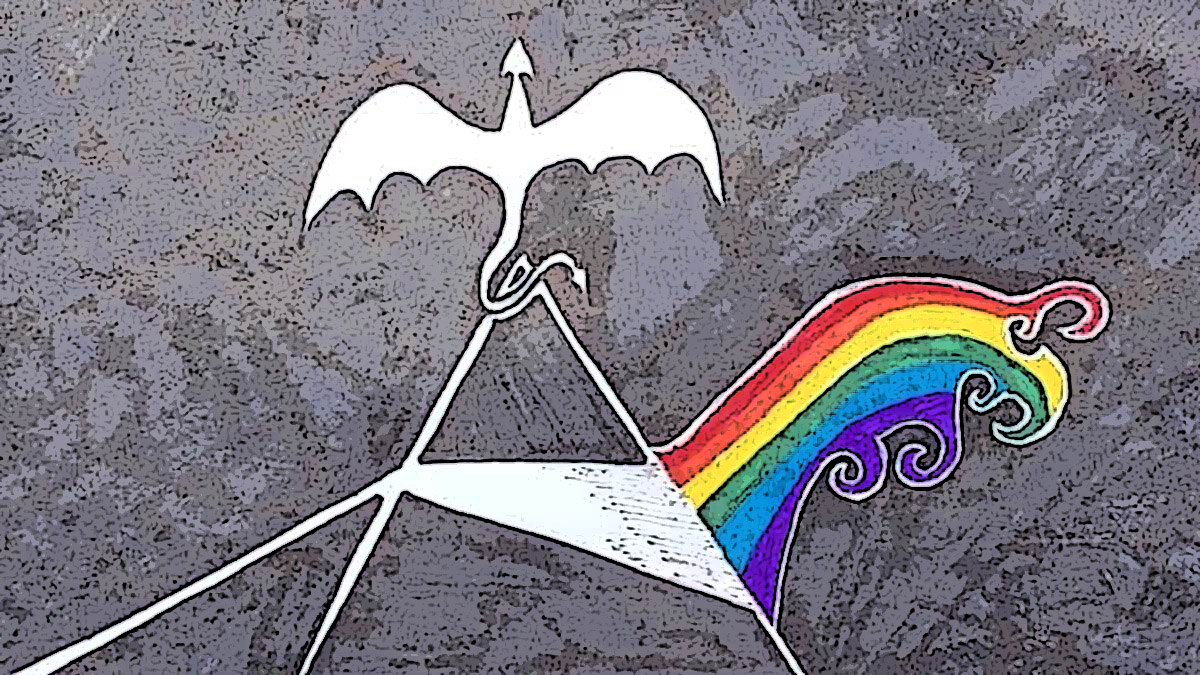 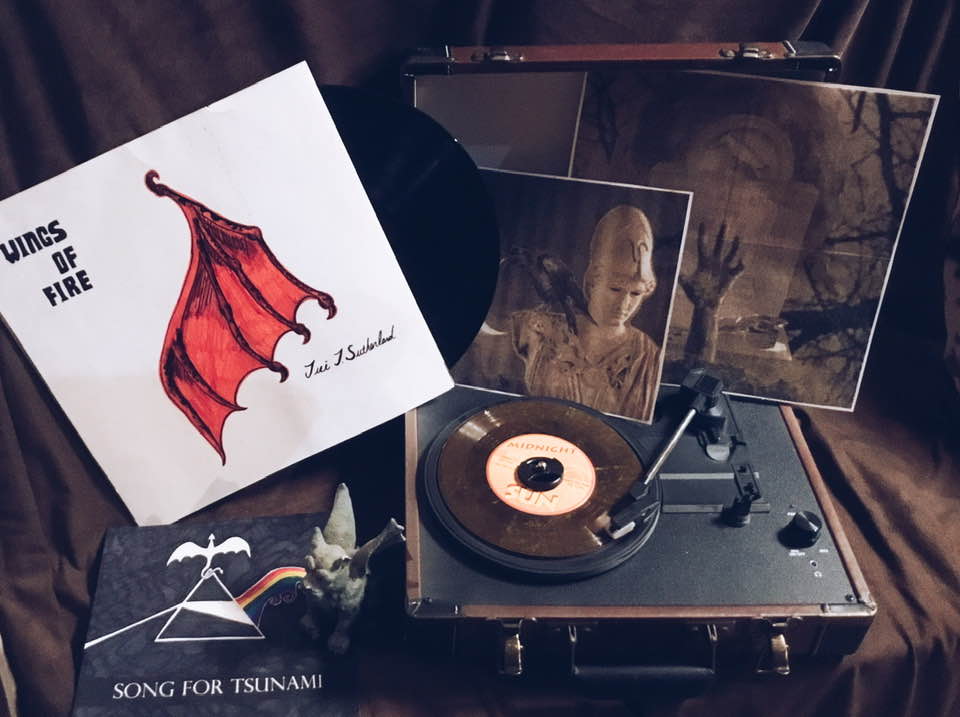 This summer’s Be the Artist 2020 examines art created with a specific purpose in mind.

The Purpose: Promoting Your Music With Album Covers

Album cover art has only been around since the early twentieth century, but album covers, particularly popular music covers, have become some of the most memorable, artistic pieces of pop culture.

There have been plenty of articles and columns written about the history of album cover art, and according to udiscovermusic.com, some of the earliest pioneers of album art came in the 1930s when designers like Alex Steinweiss illustrated covers for popular singers and classical recordings. The idea of the album cover as an artistic medium open for endless interpretation advanced later with the creation of the large 33 ½ sized records.

From then on, many album covers became famous in their own right, and one of the first hit albums to attract attention for its cover design belonged to Nat King Cole for his King Cole Trio album in the 1940s. Each era seemed to have its own look. The “post-war era” and 1950s experimented with typography, and throughout the ’50s and ’60s, photographed covers were the main feature of most albums.

It was in the ’70s, the history reads, the idea of “album art as a concept” really took off.

“Album art as a concept was the new thing, and British designers Storm Thorgerson and Aubrey Powell were at the forefront with the firm Hipgnosis,” udiscovermusic’s Martin Chilton wrote. “Some of their designs have become symbols of music in the 20th century, such as the giant inflatable pig over London’s Battersea Power Station which graced the cover for Pink Floyd’s Animals (1977) or the disturbing image of blonde-haired, nude children climbing the Giant’s Causeway of Led Zeppelin’s Houses Of The Holy (1973).”

Album covers can be as simple as just the name of a band and title (AC/DC’s Back in Black) or feature works by artists ranging from Andy Warhol (for Velvet Underground) to Frank Frazetta (for Molly Hatchet) or may feature iconic images of the artist, such as David Bowie’s Aladdin Sane or Grace Jones’s Slave to the Rhythm. Others are known for resembling other albums, such as Clash’s London Calling taking a punk edge to a famous Elvis Presley cover.

What are some of the “greatest” and most memorable album covers of all time? That depends on who answers that question, but according to a 2011 poll from Rolling Stone, the “Greatest Album Cover of All Time” belongs to the 1967 Beatles album Sgt. Pepper’s Lonely Hearts Club Band. The magazine called the “without a doubt one of the most iconic images in the history of rock & roll.”

This is where design and artistry make all the difference, as the cover was just going to be the Beatles in their Sgt. Pepper outfits standing in a park. It morphed into a picture of them amongst cardboard cutouts of some of their “heroes.” For many fans, it is now hard to hear that song without thinking of the cover. 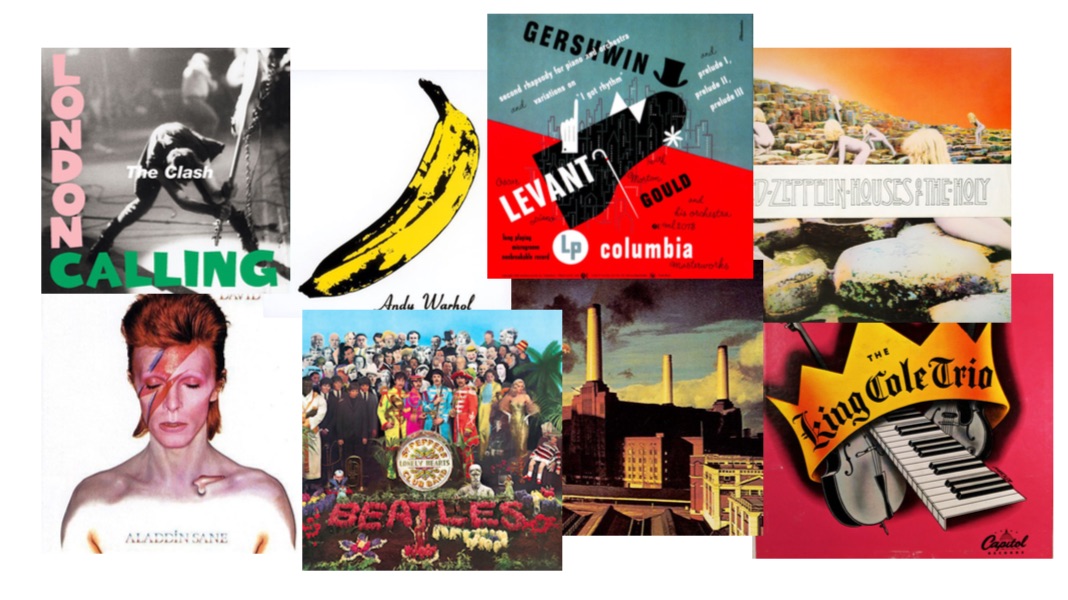 A couple of the other covers on the list include the simple prism rainbow and pyramid of Pink Floyd’s Dark Side of the Moon (which was originally going to be a prism on sheet music before being replaced with a clean, black background), the iconic naked baby of Nirvana’s Nevermind (whose “cover model,” Spencer Elden, recreated the classic cover for the album’s 25th anniversary, albeit with his trunks on), and the Rolling Stones’ Sticky Fingers, the first album cover with an actual interactive zipper.

Today, the rise of the digital download makes album covers less important in purchasing a song or entire album, but thanks to the recent resurgence of vinyl albums, the design concept is coming back.

No matter how famous, no matter who created it or whom it represents, each music fan has a connection with certain bands, songs, and albums and will always have their favorite. The music site udiscovermusic.com talked about their own picks in a 2015 article on their 100 greatest covers:

“Just what is it that makes an album cover great?,” the commentary before the list reads. “The weight of public opinion counts for a lot and undoubtedly the quality of the music helps our mindset on the matter, but there’s also that little old thing called subjectivity.”

The Project: Soundtracks for Your Favorite Books

Pretty much every popular movie or television series has a soundtrack, with its own style album art, but not too many favorite books or stories do.

For this project, we’re going to design two cover images for a book (either contemporary or classic): one for the full large vinyl “soundtrack” and one for a 45 single.

First, cut a piece of paper into squares, one slightly smaller than the other. A full-size vinyl is 12″ x 12″ across, but to make it easier for this project, you don’t have to make it full size. You can use plain letter size of both images if you want. For full size, posterboard works fine for the large image and letter sizes for the 45 single.

Next, use whatever medium you want to create the images, but make sure it is something that you feel really represents your vision of the author’s style, the story itself, or the era in which the book was written.

A book by Edgar Allan Poe will have a much different style than one by Tamora Pierce, J.K. Rowling, or even Steven King. Whatever world or feeling a book helps you escape to, use that “soundtrack” cover to help define it. One of the harder parts of this project is designing a cover that avoids making a copycat of a famous book cover or of a movie or television franchise it may have inspired. Give this album its own unique style.

You can use marker sketches, paints, or colored pencils or even take photographs to lightly glue to the cover. Make sure the name of the book, if you want to include it on the cover, both stands out and complements the image. Other album art doesn’t include writing at all. You can draw this or type it out in a specific font and glue it on the image. Remember, the purpose of this project is to create a piece of art that shows off an album, so just like the amazing diversity in art on album covers through time, the possibilities are vast for your ideas.

If you are having trouble coming up with an original design, you can also make your soundtrack’s cover a parody of a popular album cover, which everything from comic book covers to cartoons has done. For example, there are dozens of parody versions of albums by The Beatles, Queen, or Nirvana alone.

GeekMom Amy even came up with a family craft on recreating your own “Sgt. Pepper” album in 2017, showcasing the famous collage style of this “greatest album cover ever.”

Once you have created the soundtrack, think of a “song specific” cover for a single. This could be a “song” named after a chapter in the book, a certain poem, a character, or a climactic event. The only rule for this is it has to be different than the main soundtrack cover. I could be from the same medium and style, but the image needs to focus on just the idea for the single.

Many 45s came in simple covers with a hole in the middle showing the record label and song title itself, but others were full-image cover images.

A good place to go for inspiration is Internet Archive’s Cover Art Archive that features hundreds of covers dating back to the 1940s to one album by soul artist Alex Froot scheduled for a 2021 release. This archive does a great job showing off how popular art and music trends formed the perfect marriage in the form of album covers through the eras.

Use these ideas to decorate television rooms and home theatres, libraries, garages, or wherever else the family gathers to enjoy entertainment. Place it where people will see and want to learn more about the book.

Musician Bruce Springsteen admitted he often discovers new artists based on the album cover, as he said in a 2005 interview in The Guardian:

Spoiler alert: This week’s project is only the first of two using a favorite book as a prompt. Don’t throw away your notes and book ideas. You’ll need them again for the last “Be the Artist” of this year, coming next week.

Between the Bookends: 7 Books We Read in July 2018 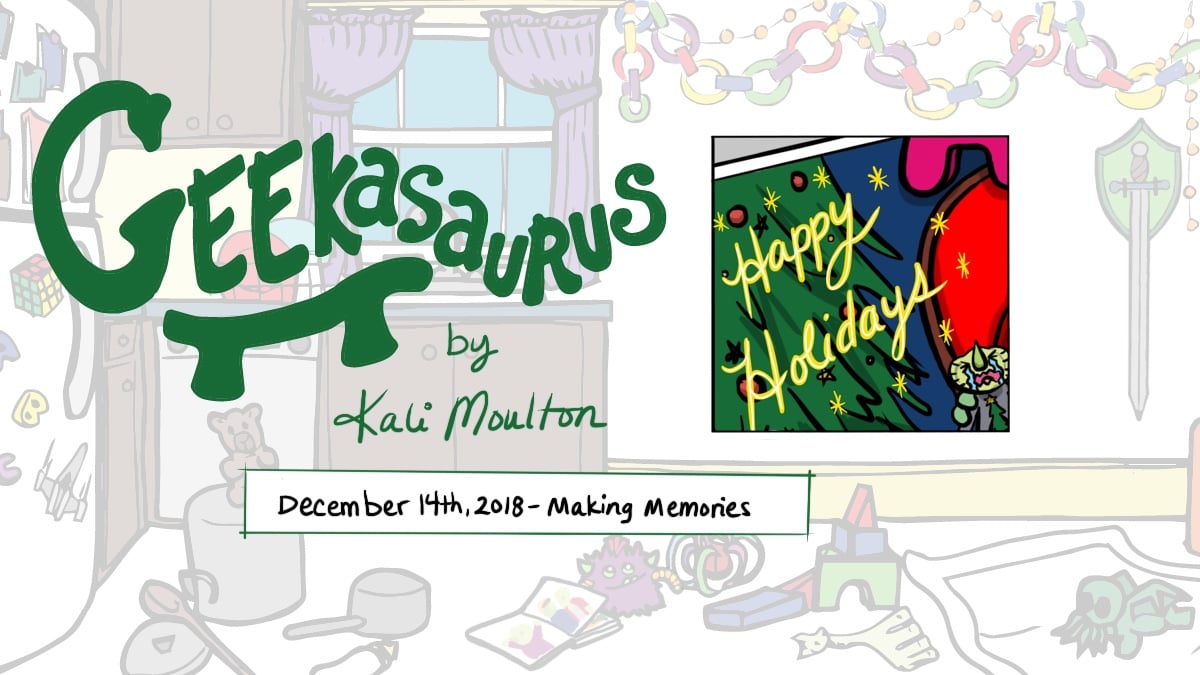 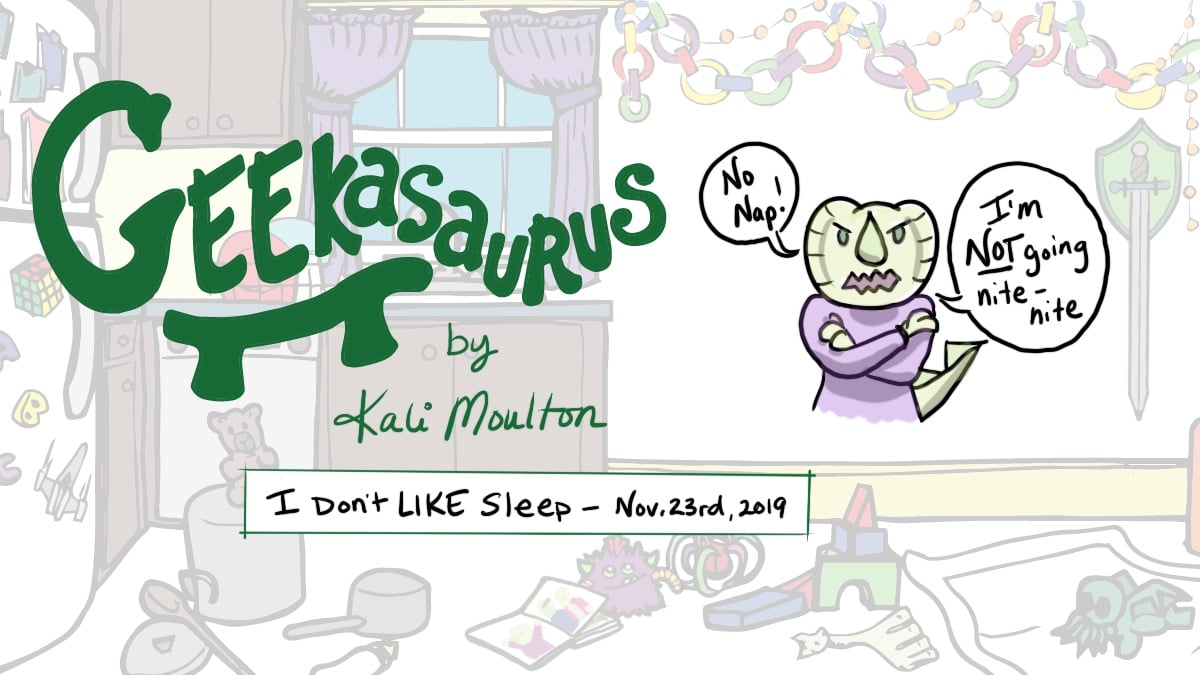