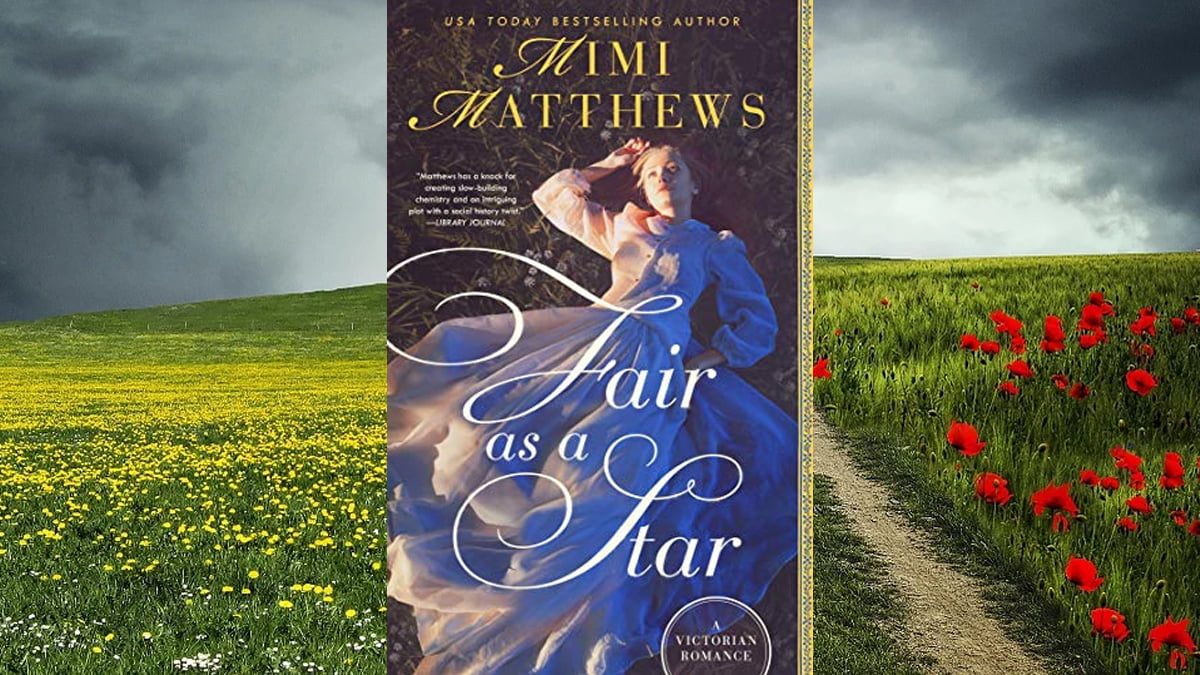 Fair As A Star by Mimi Matthews is a clean regency romance. It’s the first book by Mimi Matthews that talks about depression in regards to the main character and she handles the subject well. She includes some real history behind the mental state and how it was handled in the regency era while also hitting the notes on how depression actually affects people and those around them.

What is the story about?

The story goes that Beryl Burnham is engaged to Sir Henry Rivenhall and in all respects has not a care in the world. After a year away in Paris, Beryl returns home to find gossip abound about her reason for going overseas. Battling the rumors as well as a secret depression that will not go away takes its toll on Beryl and her relationship with Henry who does not care for his name being dragged through the rumor mill.

On the flip side, Henry’s younger brother Mark has feelings for Beryl but has always kept them to himself for the sake of their friendship and later because of Beryl’s betrothal to his brother who is also head of the family. Being the village curate though, he is the person that those with issues turn to when in trouble and when he learns of Beryl’s depression he does his best at every turn to help her. Thus, losing his heart to her more and more each time.

Overtime, Beryl starts to see things in a different light and has to make the hard decision to follow her heart or follow the logical path of security laid out before her.

I liked how the subject of depression was handled. I have chronic depression and anxiety myself and I could sympathize with Beryl in every instance. When she is given a dog to help her through the tough times, I remembered my own pup at home that comforts me when I need him.

Unfortunately, there is one point here that I did have a problem with. Beryl’s ending to her story felt abrupt and unfinished. We don’t get to see the reactions from her family to her sudden need for independence. I was dying to know what her Aunt thought of one thing Berly did. I would like to have seen whether or not they supported how she took charge of her life and or if they washed their hands of her entirely and moved on.

Who is this book for?

This book is for anyone that likes regency romance and wants a quick under 250 page read on a rainy day. The story moves fast though at times maybe a little too fast. As far as romance is concerned it is as clean as you can get and still stay within the confines of being a romance story. If this book had come out when I was a teen, I would have gladly picked this up over the romance titles that were available at the time.

Despite the one problem I have with Fair As A Star, it is still a great read and one I would happily pick up again. Then again, I’m partial to Mimi Matthews work because I have yet to read one of her titles that I didn’t love (see my reviews of Lost Letter or the Parish Orphans of Devon series).

Fair As A Star is out on July 14th. Preorder your copy on Amazon today.

From Up On Poppy Hill—A Gentle Golden Haze of Nostalgia

Be the Artist Exploring the World This Summer

2 thoughts on “‘Fair As A Star’ By Mimi Matthews: A Quick Love Story Worthy Of A Rainy Day”