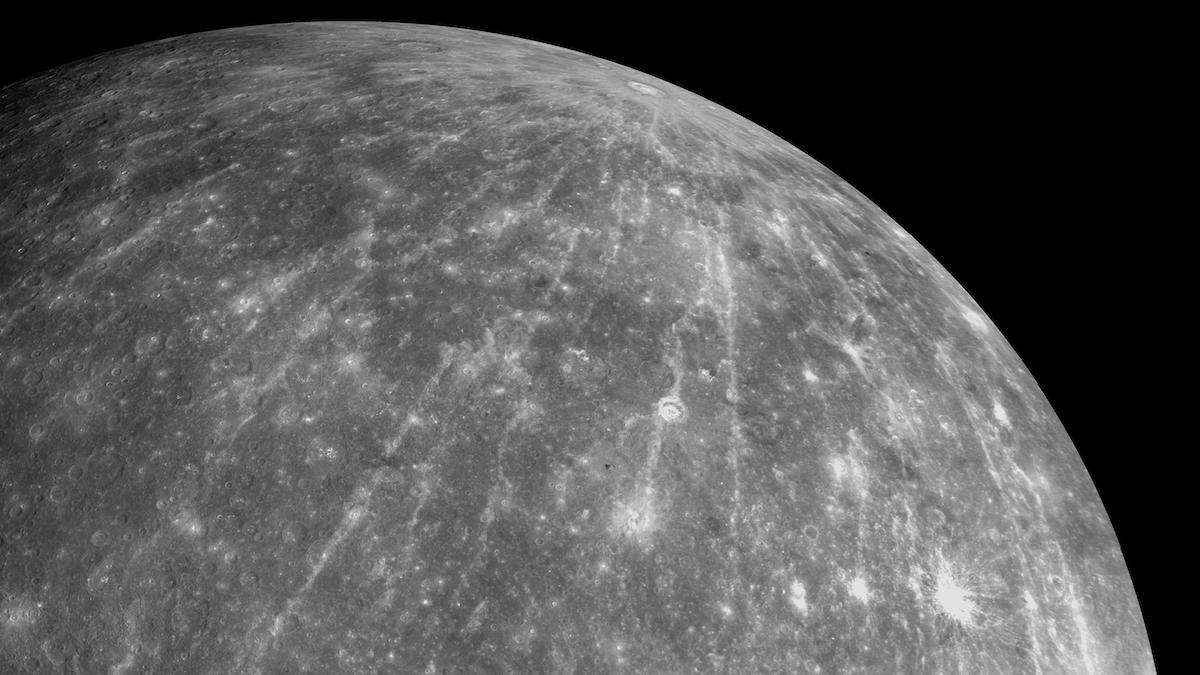 There is more to Mercury than meets the eye, and its secret lies in its magnetic field.

As the smallest planet, Mercury doesn’t get a whole lot of attention. It’s close to the sun, so it’s not easy to see in the sky like Venus is. The pictures we’ve all seen of Mercury don’t look that much different from our own moon—nothing fancy like Saturn’s rings. There is no atmosphere, and it’s hard to imagine anything actually living there. So why should we spend valuable research time and money on something that, for all intents and purposes, looks like a floating rock? Well, it turns out there is at least one very good reason.

Only two spacecraft have ever visited Mercury. When Mariner 10 did its couple of flybys in the ‘70s, it showed that Mercury has a weak magnetic field, a feature that it alone, of all the other rocky planets, has in common with Earth. Neither Venus or Mars has an internally generated magnetic field. When MESSENGER orbited Mercury in 2011, it discovered that Mercury’s core makes up 85% percent of its volume, versus Earth’s which is about 15%. Scientists also believe that like Earth’s, at least part of this core is molten. They judged this by studying patterns in the planet’s rotation.

Having a molten core and a magnetic field seem to be related. Earth’s magnetic field is thought to originate in its liquid outer core, and so it makes sense that the same would be true for Mercury. Inside Earth, the liquid core is made of iron and nickel, and because of pressure and heat within the Earth, convection cells occur. (Warm material rises and cools as it does so. When it reaches a particular point where it cools enough to become denser than the material beneath it, it sinks again). As the liquid iron flows, it creates an electrical current, which in turn produces a magnetic field.

At the same time, because the Earth is spinning, the Coriolis effect also factors into the activity of the liquid core, causing a swirling effect as well, which adds into the strength of the current and, therefore, the magnetic field. Because Earth is about three times larger than Mercury, our magnetic field is stronger. But there might be other reasons Mercury’s field is much smaller than Earth’s as well. Some scientists have done studies that show Mercury’s core, rather than being iron and nickel like Earth’s, might be made of iron and sulfur. We might never know for sure.

OK, so why should we care about a magnetic field? What does it do, anyway? It’s actually pretty important. To put it bluntly, without our magnetic field on Earth, life would probably not even be able to exist here. Our magnetic field encompasses the Earth. Charged particles emitted from the Sun, called the solar wind, have been shown to strip away ions from the atmospheres of planets. Before the solar wind can reach Earth’s atmosphere, however, it hits the magnetic field, and is deflected, protecting the air we breathe and making life possible on our planet. Otherwise, our atmosphere might be very thin like Mars’s. Since Mercury is the only other terrestrial planet we know of with a magnetic field, studying Mercury can help us understand our own planet better.

A spacecraft called BepiColombo, which is a joint mission from Europe and Japan, is on its way to Mercury right now and will arrive in 2025. It’s actually two spacecraft in one—the Mercury Planetary Orbiter, which has cameras, spectrometers, a radiometer, altimeter, and more, and the Mercury Magnetospheric Orbiter, which will be used to specifically study the magnetic field. Mercury is the least studied planet in the solar system, but hopefully, that won’t be true for long. It’s an exciting opportunity to learn more about a planet that holds many mysteries. But whatever else we learn about Mercury, the planet holds a very important lesson for us all.

It’s what’s inside that counts.

Listen to what BepiColombo’s sensors picked up when it went through Earth’s magnetic field:

Want Your Name on an Asteroid? Let Spacecraft OSIRIS-REx Take It There

Good Deal on a Martian Crater

2 thoughts on “Mercury and Its Magnetic Field: More Than Meets the Eye”