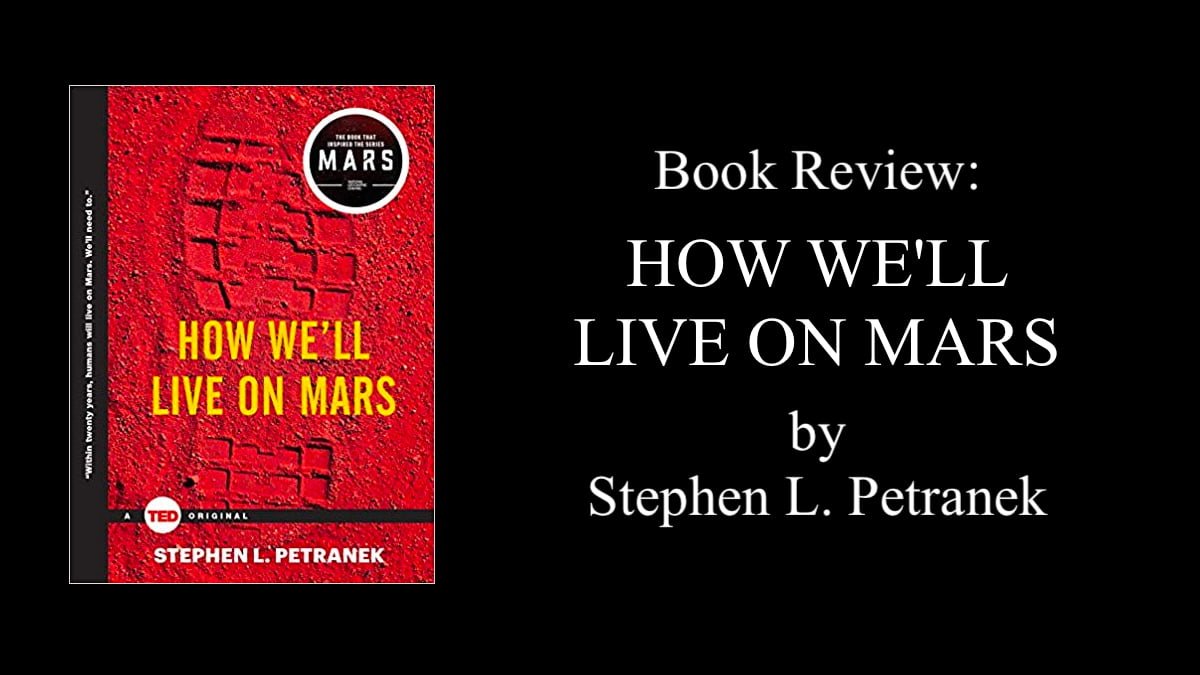 Mars has been getting a lot of attention lately in the media, among scientists, and in pop culture. It’s an exciting time to be a space science fan. We’re on the cusp of so many steps forward. But with this great power of exploration and innovation comes great responsibility. Stephen L. Petranek’s book How We’ll Live on Mars is a great place to start for someone who wants to examine the many issues of inhabiting a new world.

The text on the inside jacket of How We’ll Live on Mars begins with this quote:

“Living on Mars is not just possible, it’s inevitable.”

The rest of the book moves on with this premise, to discuss how, why, when, and all those other important questions. It’s a short book, part of the TED Books series (“Small books, big ideas”). As such, one could read it in a day. But I found the ideas within this little book stuck with me far longer than that.

Petranek starts off looking at the history of space travel a bit, especially the interest in going to Mars. He discusses the space race going from a government venture to a private one, and covers all of this quickly and efficiently, with an excellent tone–this book isn’t just informative, it was entertaining and very engaging. Then Petranek cuts to the chase and answers the “hard questions” pretty much straight off: radiation, illness, gravity, journey time, finances, safety. He discusses the cost of going to Mars, and how we might be able to overcome them. After it seems we’ll actually be able to afford this, he goes on to discuss how we might overcome some of the issues Mars presents. Little things, like, oh, the lack of oxygen, the lack of liquid water, how we might grow food, and how we’ll clothe and shelter ourselves there. He goes into terraforming, and how we can make Mars habitable for humans–or humans able to inhabit Mars. Finally, he discusses mining for resources in our Solar System, including using asteroids.

Throughout the book, the major theme seems to be “moving the human species forward.” Advancement of humankind, searching and conquering new frontiers, making them our own. It’s the “Zion in the Wilderness” my English professor taught about in American literature. Only we’re not just talking about a country or the Wild West. We’re talking about worlds.

When I typed that, I heard it in Bones’s voice, the voice of morality from Star Trek.

See, Petranek’s book got me thinking. Who are we to conquer this new world of Mars before we even know anything about it?

Think about it. We’re actively exploring ways to live on Mars. To change the planet wholescale so that humans can live there. But what about all the things we don’t yet understand about the Red Planet? Is there microscopic life there, the building blocks that could eventually make larger forms of life? What would human presence do to that process–and what have we already unwittingly done with the crafts that are already there? In short, we are making our own planet uninhabitable for millions of species, including, soon, ourselves. And now we want to go and do it to some other planet? Why not just fix our own planet?

The questions inspired by this book go on and on. And I don’t pretend to be anywhere near having an answer for them.

Petranek’s book made me feel like the first time I laid on my back in the yard, gazing up at the stars, and suddenly realizing how effing unimaginably huge the universe is. I remember feeling dizzy. The stars swirled as I tried to comprehend how fast we were traveling, how big of a thing we were in, and how small and fragile I was. There are so many questions that are unanswered about Mars, and which may in truth be unanswerable. And who has the right to answer the questions in the first place?

Are we just taking our legacy as colonizers to the next level, with no regard for other life and places? Are we just using planets for resources, ignoring all else, on the path to depleting them like we have our own planet? Have we learned nothing? Don’t answer that–I’m pretty sure I know the answer.

All in all, How We’ll Live on Mars is an excellent book, both for learning more about how we can make a second home on Mars and for exploring new angles of the topic. There is a section of full-color plates that have pictures of various spacecrafts and missions, but that also have gorgeous images of Mars that were taken by some of the orbiting satellites. Pictures of a pristine environment that might not stay that way for long, for right or wrong.

Petranek is a notable science journalist who has done a ton of work on this subject. He’s given three TED Talks, has a huge list of publications, and has won numerous awards for his journalism work. The National Geographic series Mars, produced by Ron Howard and Brian Grazer, is based on this book. I very much look forward to reading more of his work. If it’s anywhere near as thought-provoking as How We’ll Live on Mars, I’m sure I’ll be discussing him again! 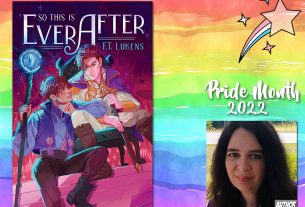 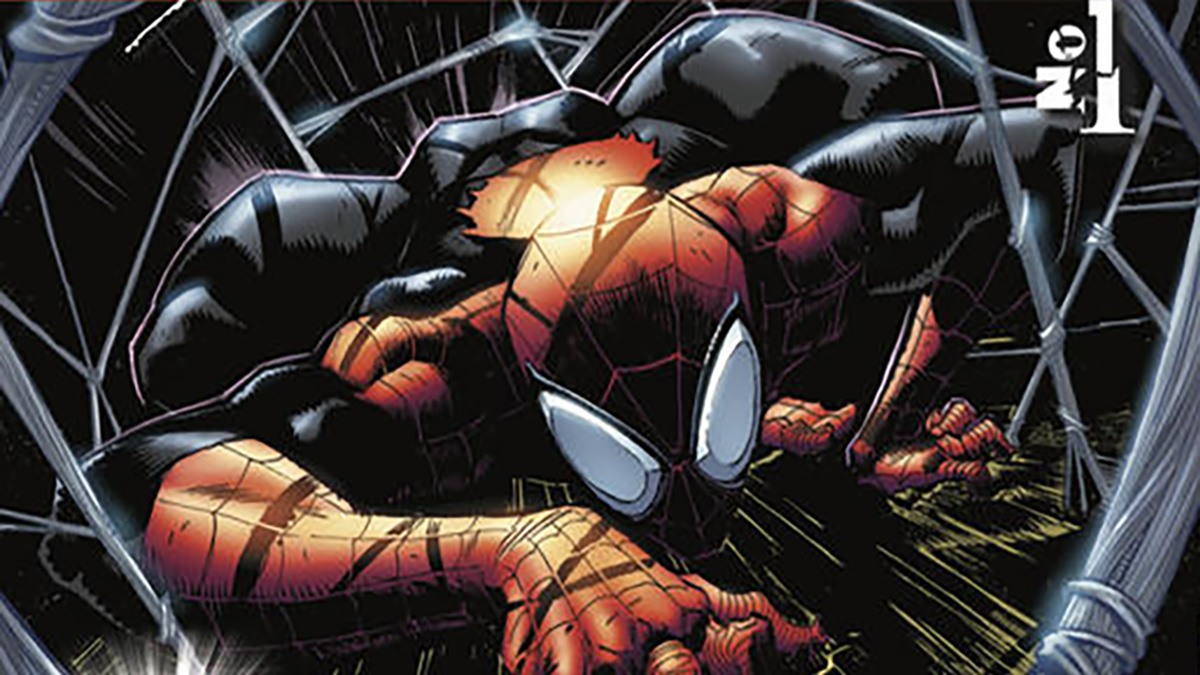