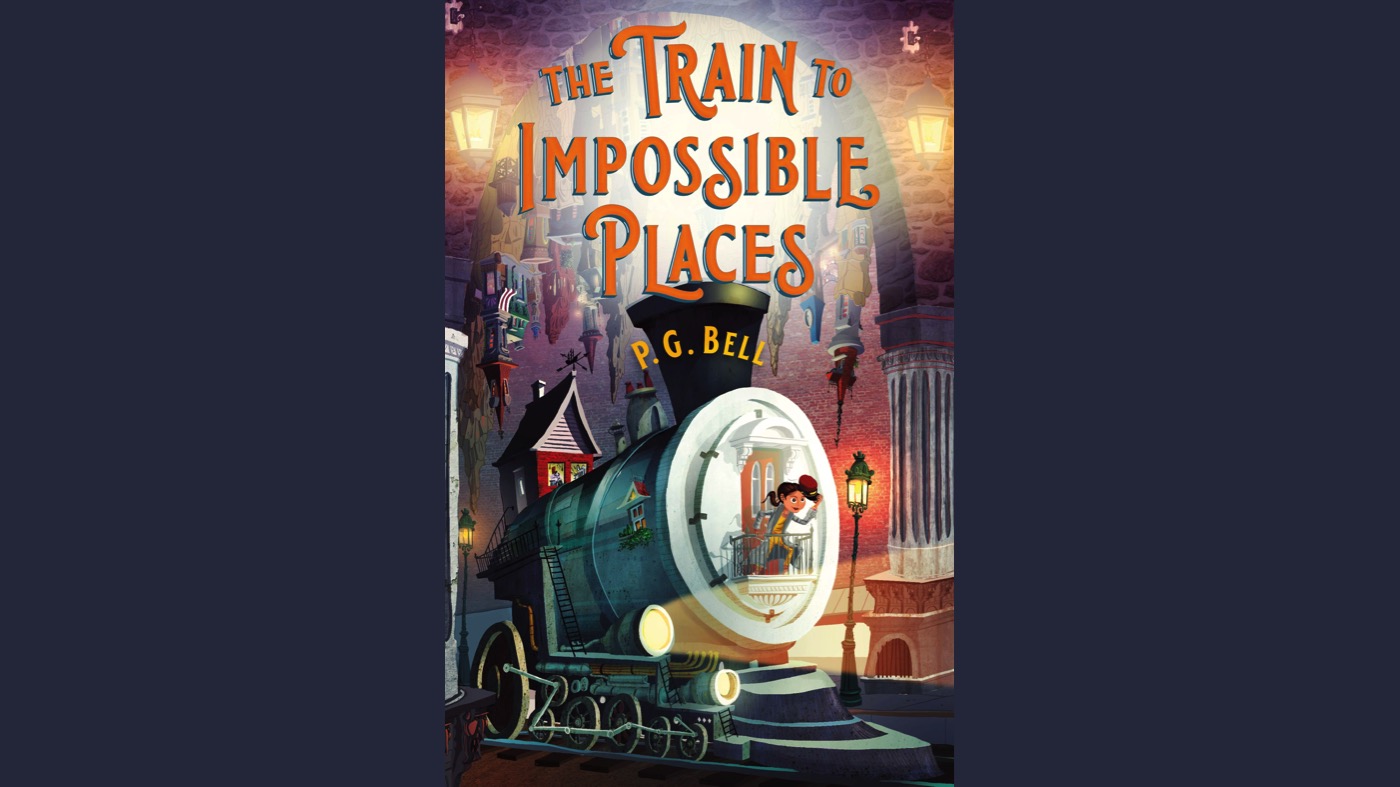 The Train To Impossible Places: A Cursed Delivery by P.G. Bell

A science-smart heroine, a package that doesn’t want to be delivered, and “fuzzics” make up a brand new series your middle school reader will love called The Train To Impossible Places: A Cursed Delivery by P.G. Bell. Suzy is a whiz at physics in school, but when a troll-operated train delivery service called The Impossible Postal Express bursts through her living room, Suzy has no idea how to make sense of it all. Deciding to figure it out, she jumps aboard the express and begins her journey as a deputy to the Postmaster, botching up her first delivery to the evil Lady Crepuscula of the Obsidian Tower. But the package didn’t want to go there! Suzy and her friend are now on the run and trying to save not just this impossible worlds, but all of them, including her own!

45% Female speaking characters. Diversity: Open. None of the human characters are described much in terms of ethnicity, although the name Suzy is quite European and the cover suggests European descent.

P.G. Bell was gracious enough to answer some questions I had about their work on this book.

GeekMom: What made The Train to Impossible Places special for you to complete the story and go through the publication process? How long did it take?

P.G. Bell: It’s very special to me because it started life as a bedtime story for my eldest son when he was just three years old. He wanted a new installment every night for a week, so I had to think on my feet. Once I’d told it, the story stuck around in my head for about a year until I finally decided to try writing it down. It’s the most fun I’ve ever had telling a story, and I wrote the first draft in exactly 100 days! From there, things moved very quickly—I showed it to my friend Claire Fayers, who is a children’s author, and she liked it so much she showed it to her agent. Her agent liked it, and two weeks later she was my agent as well! Six months later she’d put together an auction for the publication rights.

GM: The heroine, Suzy, is very good at and loves physics (not always paired up). You mention early on how she is starting to get weird looks from her classmates because she has a passion (like Reginald with dinosaurs). Were you a geek about something as a kid? Are you children passionate about certain subjects? How can parents encourage their children’s passions for learning?

PGB: I was a really geeky kid, and this was in the days before being a geek was cool. I loved Doctor Who (and still do), but in those days it really wasn’t considered cool at all, so I was the only kid in my school who watched it. And the internet hadn’t been invented yet, so I had no way to connect with other fans. It was a pretty solitary experience.

I also saw Jaws when I was five (yes, I know I was too young) and completely fell in love with sharks. I read every book about them I could find, and spent the next six years desperately wanting to be a marine biologist so I could go out into the ocean and study them first hand. Then I arrived in high school and realized I had no talent for biology, so the dream ended there. (I’m still pretty into sharks though!)

My two boys are both passionate about video games, especially Mario, Sonic, and Minecraft. They love reading; my eldest is tearing through the 13 Storey Treehouse series by Andy Griffiths and Terry Denton, and my youngest has just discovered Spider-Man, so I think comics are going to feature heavily in my future.

I’ve found the best way to encourage kids with their learning is simply to take an interest—be engaged, listen to what they have to tell you, and spend time with them on their chosen activity. Let them know you’ve got their backs.

GM: When Suzy first encounters Fletch and the whole world of “fuzzics,” she is thrown off mentally. The rules she just learned and felt proud of don’t seem to apply—she became an ignorant newbie. This is tough for her, but she decides that forgetting this strange world would be worse. Tell me how you developed her characters so she could be resilient in the chaos and still use her intellect to save the day.

PGB: Most of us would be thrilled to discover that magic is real, but Suzy is positively offended. That’s because she’s a rationalist who thinks she has existence all figured out, until the trolls crash their train through her house one night. They make her realize that the world isn’t as neat and simple as she thought it was, and she resents them a little as a result. She’s curious too though, and willing to change her perspective as new facts come to light, and that’s her greatest asset.

I made Suzy a rationalist because I knew the train and its crew were going to be fairly anarchic and unpredictable, and I wanted a main character who would push back against that. Suzy keeps the story grounded, even when she’s out of her depth, which is most of the time!

GM: There are many memorable side characters in your book. I especially liked the sailor ghosts. Which side character is your favorite and why?

PGB: I do love the ghostly sailors, and I feel a little guilty for leaving them forever trapped in that shipwreck. We may see more of them in a future adventure though, so keep your eyes peeled.

But my absolute favorite character has to be Wilmot. He’s just so decent. All he wants is to do his job to the best of his ability, and he doesn’t realize quite how brave that makes him. And he always thinks the best of people. He’s a very likable chap.

GM: Are you planning on more adventures for Suzy? Other characters in this world? Or completely different writing projects?

PGB: There will be at least two more adventures for Suzy and the crew. In fact, I’ve just handed in the latest draft of Book 2, which is due out in 2019. We’ll have to wait and see what happens after that, but I’ve got an idea for more stories in the Impossible Places, and a few completely unrelated projects that may or may not see the light of day. I’ve certainly got enough to keep me busy for the next few years!

GM: Thank you P.G. Bell for taking the time to contribute to the GeekMom community! I wish you all the best with The Train To Impossible Places.

11 Books on My To-Read Pile After Book Expo America 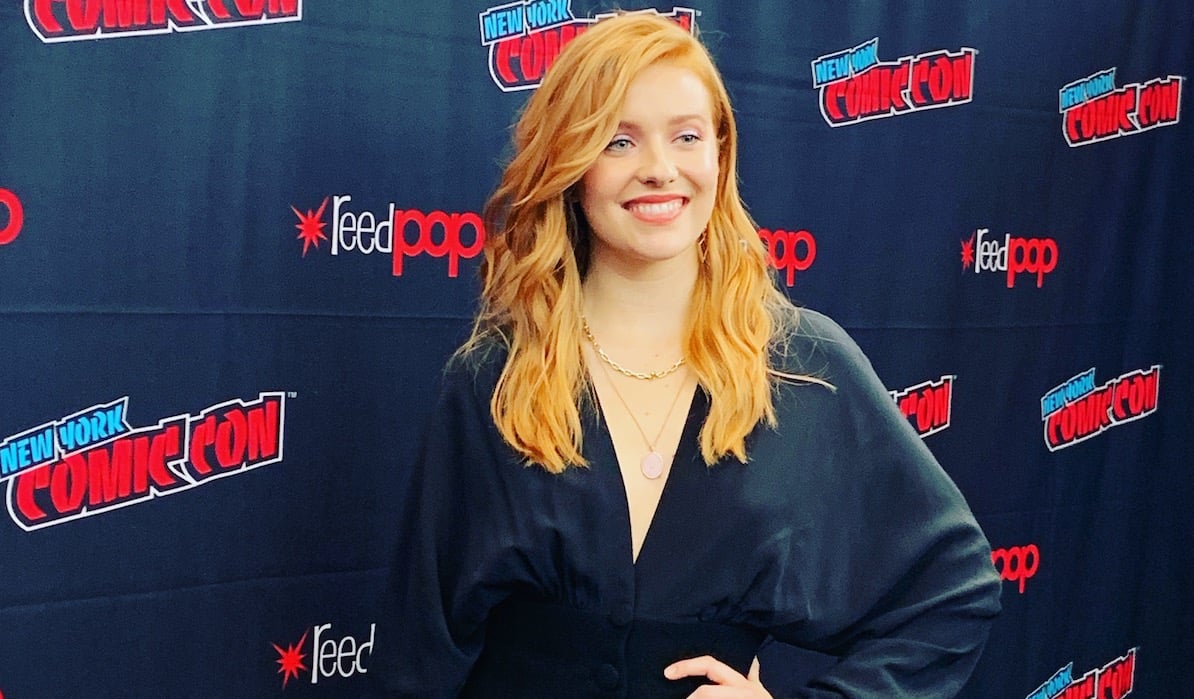