Maybe it’s a sign of immaturity, irresponsibility. Maybe I should feel ashamed. Maybe it’s my faulty Executive Functions. But I’ve spent the past twenty-five years trying to work past the shame I’ve internalized about the way my brain works, so maybe I should stop worrying about what’s WRONG with me and focus on what I AM, and why.

I’m Leo Lionni’s Frederick. While the other mice gathered grain and berries and nesting supplies for winter, Frederick gathered sunshine and color and words. Then, in the cold dead of winter, when the other mice longed for the sun, Frederick shared what he’d reaped, the poetry, and fed their minds and hearts and souls.

It only occurred to me a few months ago that this story is meant to be a direct response to Aesop’s “The Grasshopper and the Ants.” In that story, the grasshopper sang and played the summer away while the ants stocked up for winter, and when winter came, the ants were content and the grasshopper starved. The moral is, don’t be LAZY like the grasshopper! Be practical! Be hardworking! Plan ahead!

That fable must have given Leo Lionni an existential crisis. What about us artists, huh? Do we really deserve to die in the winter? Should we really turn ourselves into something practical—something we’re NOT—just to survive? Hence, Frederick was born.

And some of us are hopeless cases at being practical. But we’re not too shabby at stories and beauty and connections.

It only works if you don’t have an “every (hu)man for themselves” mentality, of course. If the other mice hadn’t been willing to share the food they’d gathered with Frederick, he wouldn’t have made it, just like the grasshopper didn’t make it. It doesn’t have to be a full-blown issue of Socialism vs. Capitalism, but there has to be some teamwork involved, some division of labor among several, some agreement: I will provide the physical food, you provide the mental. Everyone allows everyone else to contribute in whatever way they contribute best.

I, apparently, thrive in quarantine. After I wrote that post last week, I realized I was sicker than I thought I was,* and I actually NEEDED the time to simply rest and do nothing. And when I wasn’t worried about what other people thought I should be doing with my quarantine, I almost forgot it was a thing.

We don’t know how long this will go on. We can’t make any plans. I keep hearing this from my friends, relations, and strangers. But when I realized I likely wouldn’t be going out again by the end of the month, that “not enough time to do all the things I want to do” feeling disappeared. I stopped worrying about the passage of time at all. And I allowed myself to get lost in my own dream world.

I mean, maybe the world doesn’t need a retelling of three episodes of a cult TV show from a secondary character’s POV, which is what I actually accomplished with my dream world in the past week. Maybe I’d be more justified if I’d written a revolutionary manifesto, or a bestselling novel, or a future-classic picture book. But I’m not so much interested in what I have to show for my time as much as how my brain handled that time. Uninterrupted time to myself let my brain stretch out and do its thing.

Is it really fair to say that “daydreaming” is what my brain does best? Yes. Yes, I think that is fair. I don’t know if it’s a good thing or a bad thing, but I definitely daydream well. Isolation? What isolation? I am bound only by the limits of my imagination! And while my body may be ill, my brain feels super healthy. It’s active and it’s loving it! And it’s been so preoccupied with its stories and wonderings that it hasn’t given any energy at all to worrying about the future.

Don’t get me wrong. There are lots of things to be worried about, things most people don’t even think of. There are people who will not survive at all unless someone steps in and helps them pay their bills (or cancels those bills), and it’s not because they’ve been playing while the ants did all the work. But my brain won’t let me worry. It can’t focus on the worries. Yell at me all you want, but instead of being properly panicky about everything else, my brain will just start worrying about one thing: what’s WRONG with me?

But maybe this is how my brain is supposed to be: safe at home with nowhere it has to go, with a spouse who is still bringing in pay even if he’s not going out to work. Maybe my brain is MEANT to drift, bound only by the limits of my imagination, with no worries about how the practical issues might resolve. And yeah, I’m really lucky I’m in a situation where I don’t have to worry. But it’s no use making me feel guilty about it. This is my brain, and it does what it does, and maybe that’s worthwhile, too.

*This link is to a personal post that in some ways is the exact opposite of this one: WORRY MORE, I tell you! But no, I mean it as an awareness thing, that there’s a reason for the social distancing and handwashing and all that has nothing to do with YOUR PERSONAL health (unless you are high-risk) and more to do with the collective. Again, I speak of society over the individual! Working together instead of worrying only about yourself! …okay, sorry, I’ll go now. 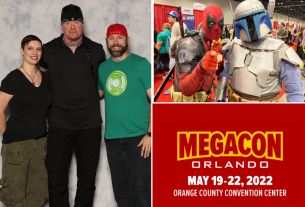 MegaCon Orlando 2022 — Watch Out, DragonCon, We’re Coming for You! 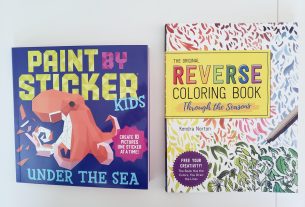