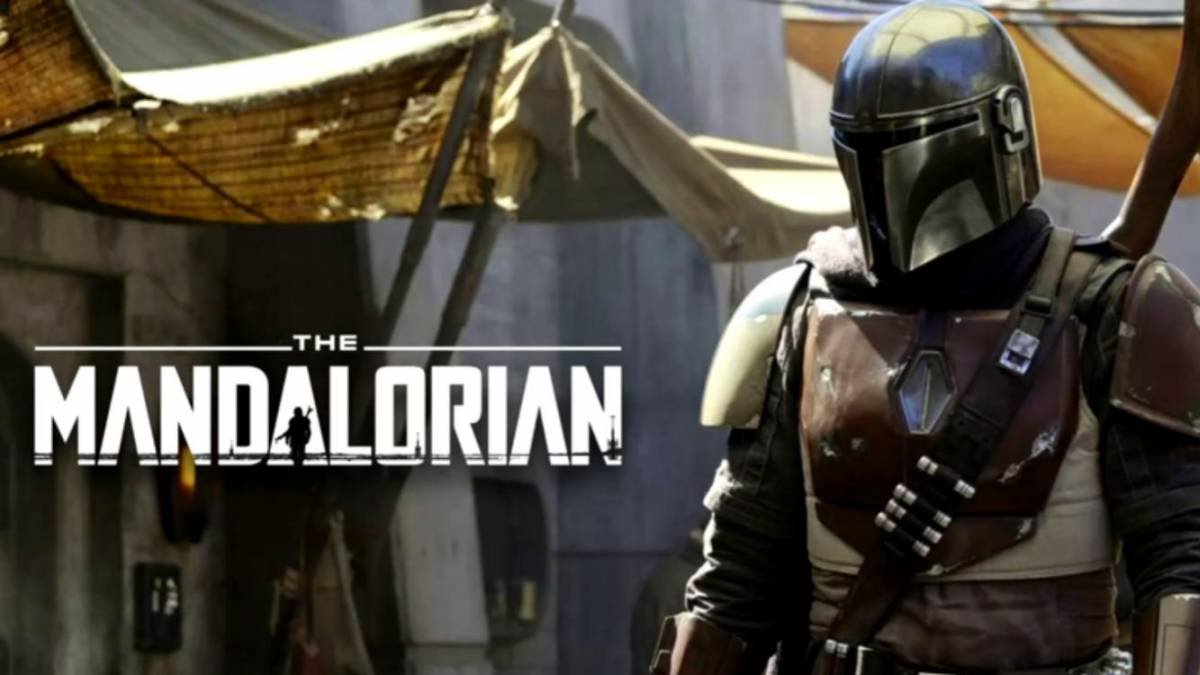 Disney+ has reintroduced older generations to their favorite shows and cartoons all over again while giving a new generation a chance to explore new shows and movies that have been previously unavailable to them. We took a poll on GeekMom and GeekDad to see what we were binge-watching so we could give you all some ideas on what to watch. Of course, The Mandalorian was a top-rated movie followed by classics such as Rescue Rangers, Classic Disney movies, and the Marvel Cinematic Universe. So grab some popcorn and dive in with me.

The Imagineering Story, The Mandalorian, and Starstruck

My husband is big into the history of Disney and how they do what they do, so The Imagineering Story just fit that bill. Being Star Wars fans, The Mandalorian was a must-watch for us and after Baby Yoda’s intro, it’s become a highly anticipated day in the house when an episode is released. For me, I’m interested in the old school Disney Channel movies and Starstruck was one of my favorites growing up. I love the music and the basic plot of celeb boy meets normal girl, tries to protect normal girl, and plan blows up in his face kind of thing.

Because some times, some crimes, go slipping through the cracks. But these two gumshoes, are picking up the tracks.

I’m watching the whole Marvel Cinematic Universe series in chronological order (Captain America: The First Avenger through Avengers: Endgame) so I can put together all of the little connections I lost watching them in theaters as they came out.

The Mandalorian, Lady and the Tramp, and Gargoyles.

The Mandalorian because, hey, it’s a new Star Wars live-action show. Gargoyles because I missed it on the first run and heard great things about the show. So far, it’s living up to its reputation. Lady and the Tramp because my younger son is fascinated by these live-action remakes that push the boundaries of special effects.

“My son is now ten-years-old, the same age as Bart Simpson which makes him the perfect age for an introduction to The Simpsons. Rather than a chronological watch through from the very beginning, instead, we’re dipping in and out to show him our favorite episodes which have so far included “Marge vs. the Monorail,” “Itchy & Scratchyland,” and “Sideshow Bob’s Last Gleaming,” all of which he has enjoyed immensely, if only for the slapstick humor. I think he’s finding me and my husband’s ability to talk along with the episodes a little disturbing though!

Personally, I’m also planning to spend an evening watching all my favorite Treehouse of Horror episodes very soon (I already watched my all-time favorite episode “The Springfield Files” on launch night). “Easy-Bake Coven” and “A Nightmare on Evergreen Terrace” are classics but for me, nothing will ever beat “The Shinning” for pure comedy gold. All together now… “One! Chorus line of people, dancing ’til they make us stop…”

My daughter and I first discovered Lab Rats on Netflix during its off-season and became instant fans. On the surface it’s a show about superhero robots—a Tony Stark-a-like builds three in his basement, his stepson finds them and convinces him to let them go to high school with him—but it’s really a show about family and identity. It’s funny and heartwarming, the cast is charming and diverse, and I’m so excited to watch it all over again.

In Willow, Sorsha is officially my favorite Disney Princess. She is introduced as a warrior trying to prove herself, to gain her mother’s attention and affection. But she meets a collection of misfit adventurers whose sole purpose is to protect the baby her mother wants dead (but still prioritizes over Sorsha at every turn) and she’s fundamentally changed. By love, and by mercy, and by the truth. Sorsha is a version of Darth Vader who is allowed to live past her turn, to join the resistance and become a heroine. Sorsha is who I wanted to be when I grew up, and returning to her story allows me to feel powerful all over again.

The Mandalorian… and lots of movies

We had been looking forward to The Mandalorian for quite some time. My oldest son (17) always held a fascination with the bounty hunters Boba Fett and Jengo Fett. My husband always had a fascination with Spaghetti Westerns such as The Good, the Bad, and the Ugly, and when we saw the music, settings, and dialogue pay homage to that genre, we were hooked.

My youngest son (14) has been enjoying catching up on many of the Disney movies that we don’t already own.

The Mandalorian and Noelle

The Mandalorian and The Black Hole

The Mandalorian because I love Star Wars and was excited for a new live action series, and The Black Hole for nostalgia and that awesome John Barry score and great cast.

The Mandalorian and Escape To Witch Mountain

I don’t think I’ve seen it since I was a kid, but I shrieked with glee when I saw it on the list.

MCU – introducing our eldest (yes, we delayed because he was too young in the beginning and it is a pain to catch up/keep it in order); X-Men and Gargoyles – revisit my youth and introduce kids; The Mandalorian – to keep the spoilers from my fellow GeekMoms and GeekDads at bay (remember – I got to see SW:TROS before you all!! MWAHAHAHAHA!).

What are you watching on Disney+? We are always open to suggestions so leave yours in the comments below!

10 Things Parents Should Know About ‘The LEGO Ninjago Movie’