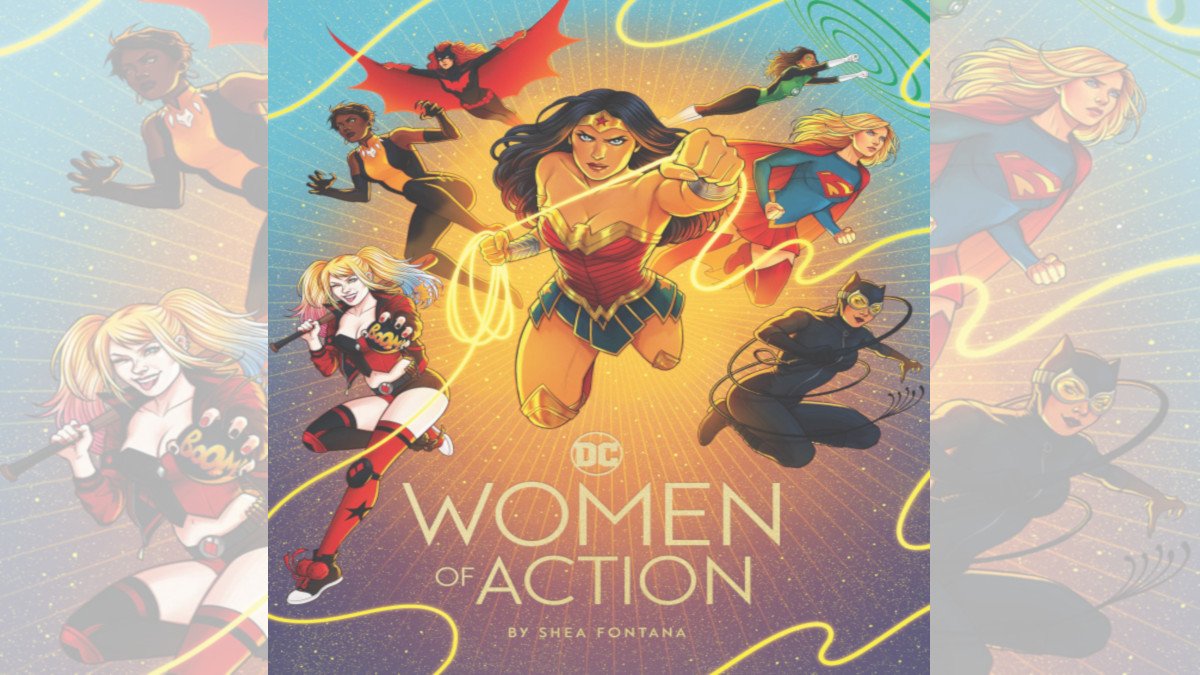 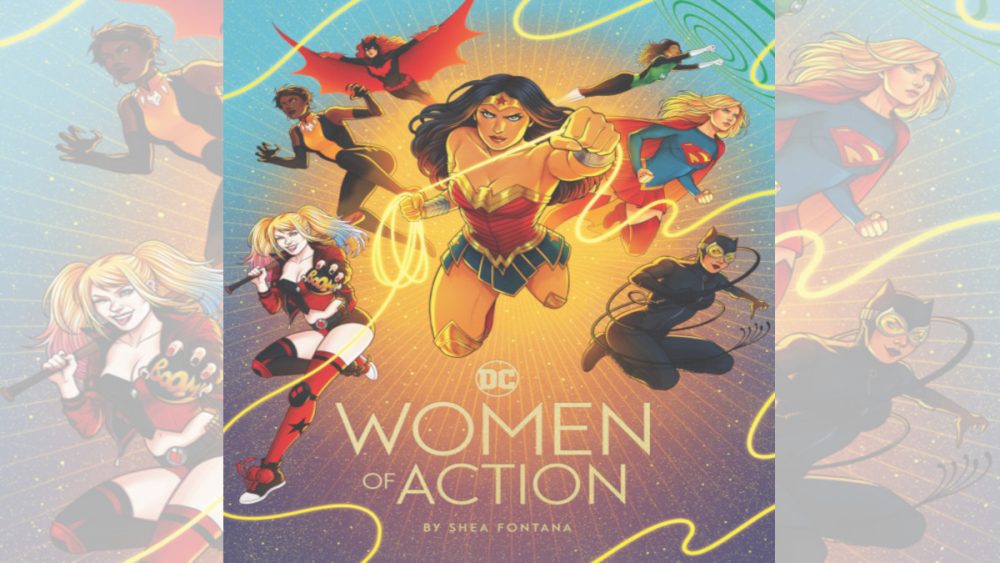 DC Women of Action, by Shea Fontana and featuring wonderful art by a who’s who of creators, obviously has entries for all of the familiar DC characters, from Wonder Woman to Supergirl to Batgirl.

The book, out today, also includes a section featuring the real-life women of DC, from those who may be unfamiliar to modern audiences, like Adrienne Roy and Dorothy Woolfolk, to a women whose name is legend at DC: former Editor-in-Chief Jeannette Kahn. This my personal favorite section, given I first started reading comics in the late 1970s, when Roy’s name was all over the credits of DC books, and Kahn, obviously, was in charge.

It spoke to Fontana in a phone interview last week about how DC Women of Action came together, what she discovered during her research, and that, like me, one of her favorite things when doing the book was a chance to speak with the real women behind the characters.

GeekMom: I remember meeting you at NYCC the year that the DC Superhero Girls initiative started. That must have been quite a ride. How did that lead into DC Women of Action?

Shea Fontana: About a year ago, DC talked about wanting a book about the women of the DC universe. They came to me because they knew that I had a well-rounded background in researching all the DC women for DC SuperHero Girls.

It was really interesting for me to do a deep dive into the history of the comics, as I didn’t read them growing up.

GM: Where did you start your research?

SF: I had done quite a bit of research reading older issues, like when Bumblebee was originally introduced in the 1970s and the other origin stories but since I didn’t read them growing up, there was much more to read.

There’s a librarian at DC Comics who has access to everything DC has ever published with DC’s official library. This used to be just a physical library but now everything is also digitalized. Plus, DC has so many people who know so much history about the comics, including the history of how things are done, the editorial decisions, and the changes over the years.

GM: What was your favorite interview for research for the book?

SF: I was blown away by being able to interview Jeannette Kahn, the first female president of a Warner Bros. company. She was so incredibly smart and she was such a force for all these incredible female characters. She hired Karen Berger to head up Vertigo. Her reign as the president of DC including beginning the Warner Bros. animated series.

She’s so intelligent and she was on the cutting edge of everything happening in comics.

GM: What stories, based on your research, would you recommended as definitive?

SF: Most of the characters have such brief overviews, you could do an in-depth of any one of these characters, but we didn’t have them for some of the minor characters. But, hopefully, their entries will spark interest in readers who want to read more.

I do love the early Wonder Woman, where Etta Candy is so incredibly fun and powerful, where she has a group of Holiday Girls fighting Nazis. I loved to see Etta Candy in that really cool role where she’s so prominent.

You know, I came to comics from the TV side as I grew up in a small town where there wasn’t a comic book store, so it was hard for me as a kid to get a hold of comics. My first experience with the characters were Batman: The Animated Series and the Lois & Clark television show. So between research for DC Superhero Girls and this book, I was finally able to read so many of the stories I missed.

GM: What changes did you see in how women, over time, were portrayed in the DC stories, live-action, and comics?

In the 1940s, it was very Rosie the Riveter for female characters, they were very can do and powerful. Then in the 1950s and 1960s, with the Comics Code coming in, women got the short end of the stick in comics. In those stories, Lois Lane is often trying to trick Superman into marrying her and so on. She lost a lot of her oomph in that time period, so different from the Golden Age Girl Reporter stories.

And, of course, Wonder Woman loses her powers and becomes a fashion model for a little while and she’s far less the superhero than when she was created.

Then in the 1970s, the culture, especially the feminist movement, started to influence these comic book characters again. There’s the famous Ms. Magazine cover of Wonder Woman, which Wonder Woman to her being revamped from her unpowered state and back to being a member of the Justice League in the comics.

Basically, some of the editors at DC saw how she was portrayed in the world beyond comics and they had to step up their game.

One of the really fun things we did with this book is to talk to the women who worked on these characters throughout the years to see the perspective of them and how they’ve influenced readers over the years. 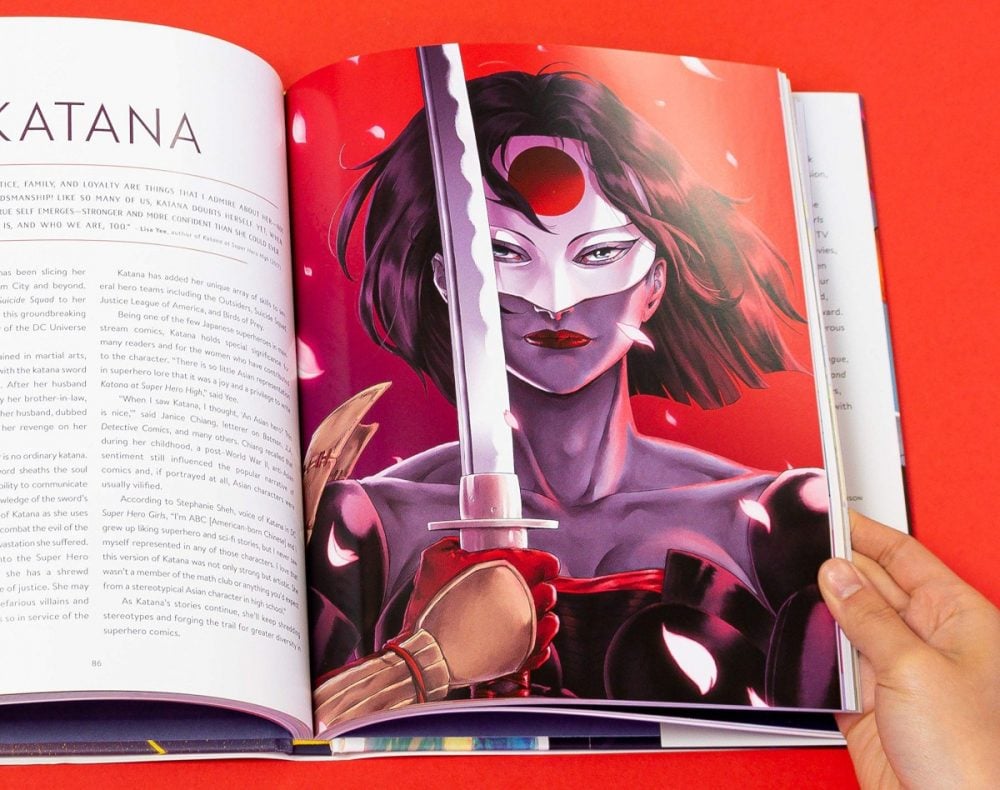 The Real-Life Women of DC Comics

GM: Were there any characters that came as a surprise to you?

SF: That happened more on the side of getting into the actual women contributing to DC history. It was really interesting to see how women have been around comics since the beginning, in the Golden Age.

For instance, Dorothy Woolfolk. Woolfolk was originally the assistant editor on WW in the 1940s. She came back in the 1970s and wrote Lois Lane as the kick-butt heroine who broke up with Superman, an attitude that stayed even after Wollfolk again left DC.

Woolfolk infamously had a “tough time,” Fontana said, dealing with the mostly male editorial team during her second tenure at DC.

[Note: Some of this is detailed in The Secret History of Wonder Woman by Jill LePore.]

I loved speaking with Ramona Fradon, an artist who worked on Aquaman in the 1970s who still does artwork now even though she’s in her 90s. I have one of her commissions hanging on my wall. She’s wonderful.

GM: Was there one woman that particularly fascinated you that you wish you could have written more about?

SF: That would be Adrienne Roy, she was a colorist who was really influential in the 1970s. She was the second-most credited person on a Bat-title ever. With her colors, she was able to set the tone for Gotham for over a decade. If she hadn’t died so young, she would probably be the most credited women ever at DC Comics.

GM: What real-life women inspired you in your life?

SF: I’ve been so lucky to work with a lot of great women. Marie Javins gave me my first comics writing job. She edited my first comic. She’s been around the comic industry forever and she’s wonderful and amazing.

And the ones who influence the next generation are always the people you see in the credits in the comics that you read growing up. Unfortunately, it is still not 50/50, so it’s still not a regular thing to see women in the credits of superhero comic books.

I wish there would come a time when all the credits would be split 50/50.

It’s really important for little girls to see there are women in comics, which I hope happens too with this book.

2 thoughts on “Shea Fontana on ‘DC Women of Action’”