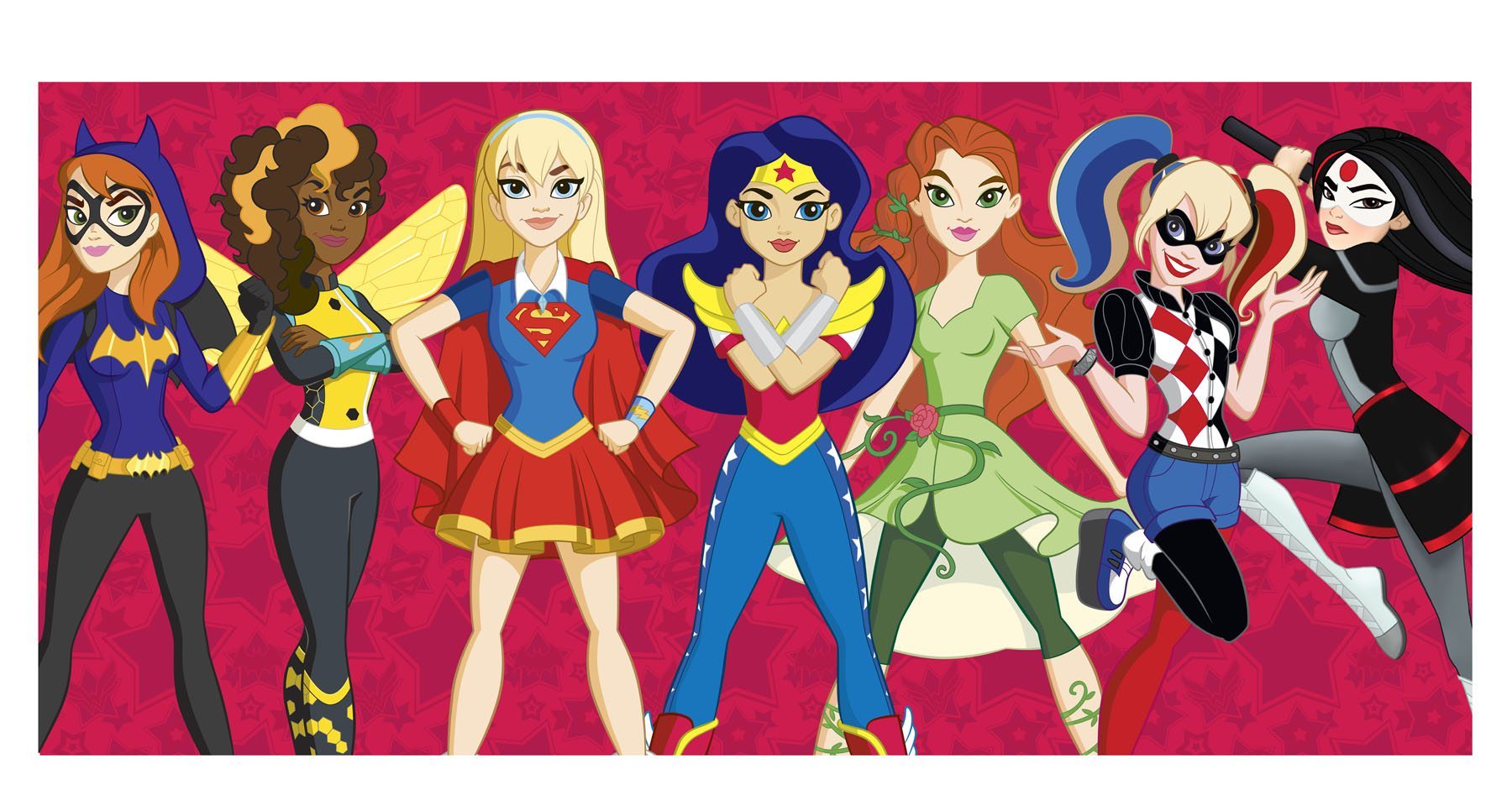 When it was decided to launch a new line of female superhero shows, toys, graphic novels, and dolls for 6-12 year-old girls, the developers did something that is radical in the comic book world:

They asked the girls what they wanted.

Tania Missad, the Consumer Insights Director at Mattel, said the entire DC Super Hero Girls line is geared to exactly what their target audience asked for.

“What we found was that they wanted these heroes to be empowering, to be strong,” she said during an interview with the entire creative team behind DCSHG at New York Comic Con.

For instance, Missad knew from her experience in working with doll brands like Barbie, that normally the favorite colors of girls this age are pink and purple. But the girls surveyed for DCSHG were adamant that Supergirl’s costume retain its classic blue-and-red color scheme.

Those of us who longed for just these kinds of toys when growing up are nodding our head thinking, “D’uh, I could have told you that,” but DC Entertainment particularly has had a blind spot when marketing to girls and women in the past.

For instance, the failed Minx line, which had good comics but awful and condescending marketing. The conclusion at that time was that there wasn’t a market for alternative young adults comics, rather than that that the marketing, which used a sexualized name, and not enough female creators to the forefront, was at fault. (I suspect that no one took the advice of line editors Shelly Bond and Karen Berger about what the audience wanted.)

This time not only has the target audience been asked what they wanted, everyone behind the scenes in marketing and creation is a woman and, more, a fangirl.

During an interview at New York Comic Con with the creative team, they said this is what they would have loved when they were kids.

For instance, Aria Moffly, Creative Director of Development at DC Entertainment, is the one who insisted Bumblebee needed to be part of the team, as she loved that the character made herself into a superhero rather than being born with powers. Shea Fontana, writer and story editor of DC Super Hero Girls animated shorts and author of the upcoming DC Comics graphic novel, practically beamed when talking about the project, excited about the chance to use so many of the DC characters. Lisa Yee, author of the upcoming young reader books, happily clutched one of the advanced reader copies during the interview.

This is a huge initiative with not only the weight of DC behind it but Mattel as well. As someone still bitter that Young Justice was canceled because it was found too many girls watched it, thus decreasing the market for toys for boys, this is a sweet development.

It includes not only the videos, which include over 50 shorts and an upcoming movie, the dolls, a graphic novel, Yee’s young reader novels focusing on each of the heroines but so much more coming, Missad said.

The line is reinventing the DC Universe, mixing and matching ages of characters, putting together proto-villains and aspiring heroes in high school in a situation where they’ll grow into themselves. One of the most fascinating elements to me is that none of the leads will have secret identities. It was thought that having a secret identity would signal that the characters are hiding themselves rather than being open about who they are.

Wonder Woman was an obvious choice to include because she’s so iconic, Missad said. Harley Quinn and Poison Ivy are there because they haven’t quite yet decided who they are and who they want to become, while some of the eventual heroes may struggle with their destiny as well.

And, yes, it’s going to include the male characters of the DCU. While I’m excited about the focus on the girls, I’m also excited at the idea of boys enjoying the shorts and the upcoming movie as well because there’s nothing that would keep boys away and much they might intrigue them, just as many younger boys love My Little Pony.

My only regret? I wish these had been around for me, or my kids when they were younger. But a whole new generation is going to grow up knowing, implicitly, that girls can be superheroes too and that’s huge.

And, er, I could buy the dolls for myself. The Wonder Woman plushie on my desk looks lonely.

The Books Of Elsewhere: Final Book Release and Giveaway!

4 thoughts on “DC Super Hero Girls: This Time, They Asked Us”