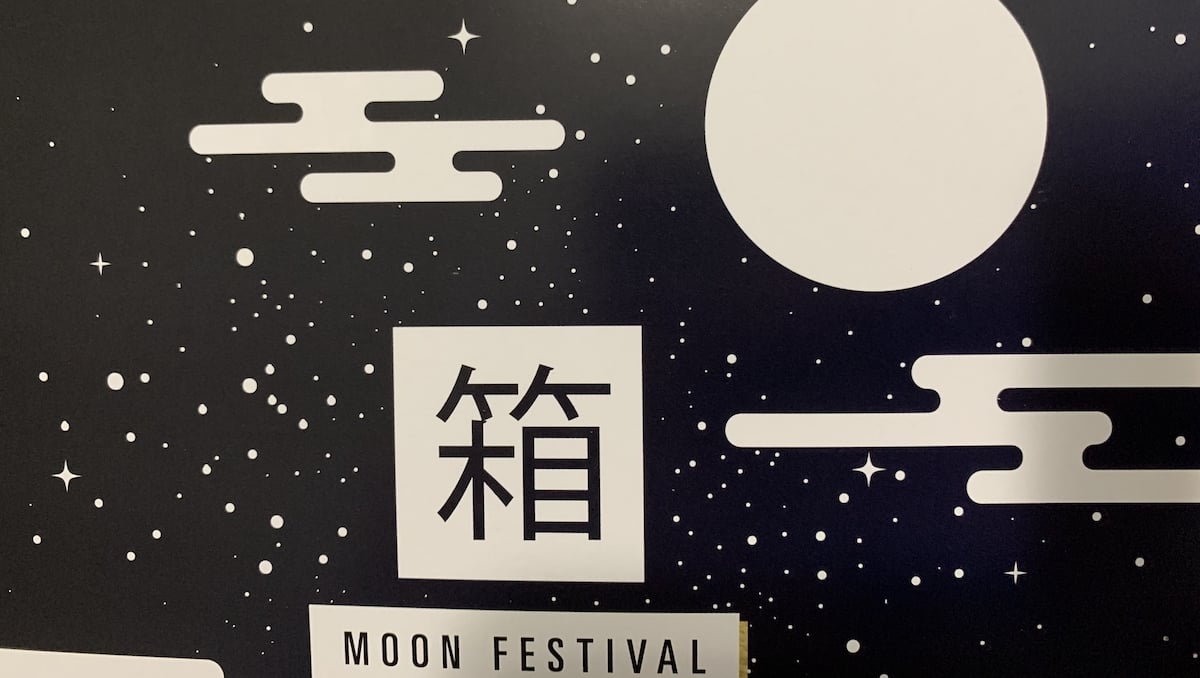 What is the Bokksu Box?

Bokksu is one of the ubiquitous subscription boxes that you can order. But what separates this one, a collection of snacks, is that it comes direct from Japan, with locally sourced food. Indeed, that’s the company motto.

I tried out the September box, the Moon Festival box.

I was prepared to try out foods new to me and expose my picky eater twins to the same. I did that but the box turned out to be far more than that. 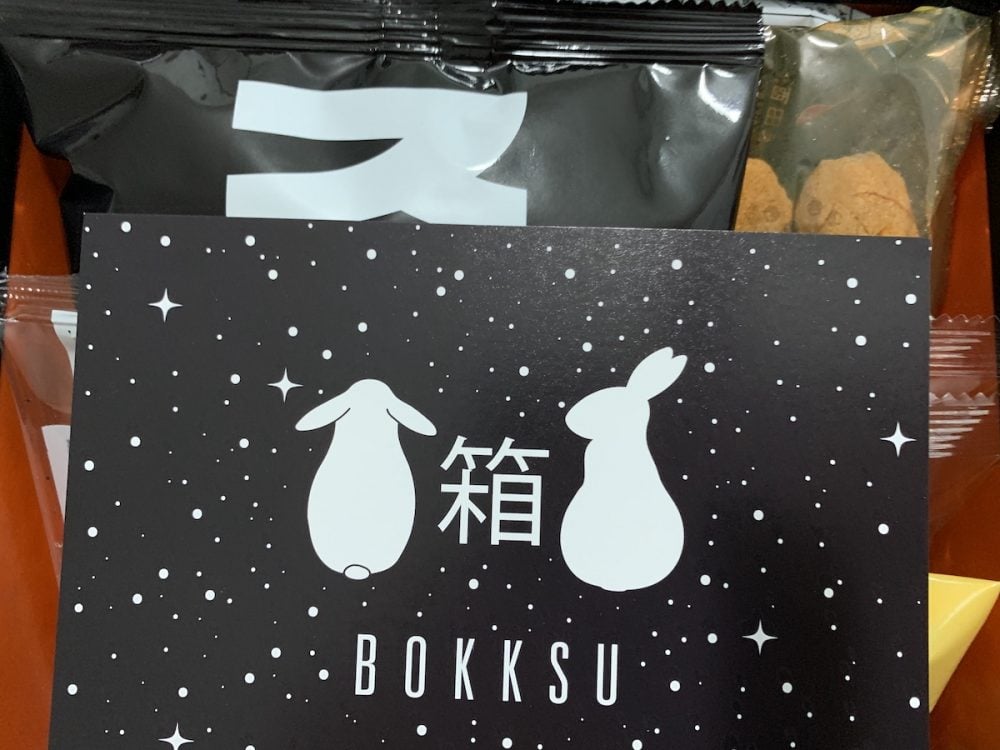 And, as important as the food, the box also contained a glossy pamphlet that not only described the ingredients in the food but gave their place of origin, and history. Not only that but it also contained the history of the Moon Festival and a two-page spread with a map detailing what parts of Japan the snacks originated from.

With that pamphlet, even before trying a bit, the Moon Box was educational. Not only did it include a short description of the Moon Festival, the snack descriptions (complete with photos), but Japanese-English translations of not only the food but some phrases, the story of the rabbit on the moon, a two-page spread with photographs on how to make Tsukimi Dango, and an English translation of a short Usagi song.

How the Snacks Taste:

Our snacks basically were divided into two categories: savory and sweet.

Since I have a sweet tooth, my favorites were the sweet items. Obviously, the Rich Baked Chocolat, which was yummy; the Hakata Mitsuki, a smooth sponge-like cake that was sweet with a taste of almonds; the Okashinai Cheese Manju, which has the consistency of a soft-baked cookie and the taste of sweet cheese; the Mochi Puffs which were sweet, spicy, airy, and yummy; the Chocolate Azuki Beans, which felt like eating a sweet chocolate covered-fruit; and the Mitarashi Mochi, with the consistency of a gumdrop and the flavor of sweet soy sauce.

The Usagi Chocolate Ball wins the award for best presentation, as the two little white balls are wrapped in plastic that makes them look like a tiny white rabbit.

My twins also invariably favored the sweet items, rather than the savory ones. I quite enjoyed the Black Sesame Taiko which seemed sweet to me but my twins weren’t impressed, perhaps put off by the soy-type sweetness or the harder textures. (They have texture issues.)

Then there were the Gudetama Golden Pack, which I’d describe as a large, cylindrical cheese puffs or, at least, that’s the closest American food. That met with universal approval. I did enjoy the Scone Barbeque Flavor. It wasn’t a familiar flavor at first but, after a few bites, I soon loved them enjoy to eat it all in one sitting.

You’ll find some seriously HOT foods in this box, too. I passed them over to my husband, who enjoyed the Ofu (these set my mouth on fire!), the Usayaki Shokunin Chibisuke, little puffed crackers with black pepper, and the Nure-Agesen.

I’m leery of green tea, as it too often tastes like grass to me, but this moon tea was lovely.

Conclusion: All foods had interesting tastes, many new to me, and all were consumed by someone in the house, happily.

There would be two reasons to subscribe. One to have some cool snacks on hand. The second would be to expose your family not only to different tastes and textures of food but also to educate them about where that food comes from, its history, and how its made. For the education aspect alone, I’d recommend a Bokksu box but it’s also a pleasant eating experience.

The downside might be the price, at $39 per month, including shipping, with lower prices if you subscribe for more than one month at a time. Free tracking is available with the free shipping, with updates provided if you sign up for them. Depending on your budget, it may or may not be something you want to splurge on. But I’d recommend trying at least one box to taste and experience Bokksu for yourselves.

The October box will be based on the Harvest Festival and should still be available through Monday, September 30th.

Disclaimer: GeekMom received a review box of the Moon Festival from Bokksu. 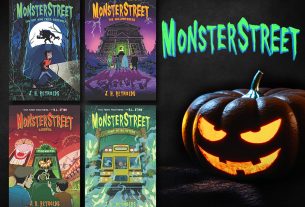 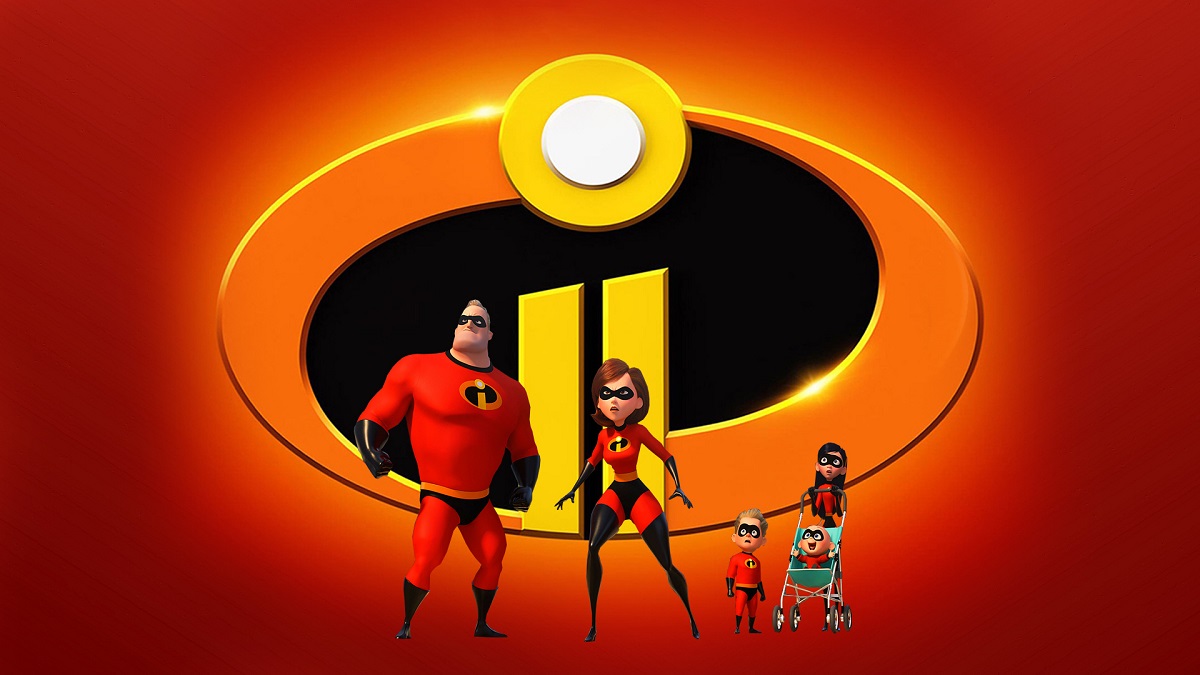 10 Things Parents Should Know About ‘Incredibles 2’

The Cliffs of Insanity: Read These, Feel Better

2 thoughts on “Review: Bokksu: More Than Just a Snack Box”