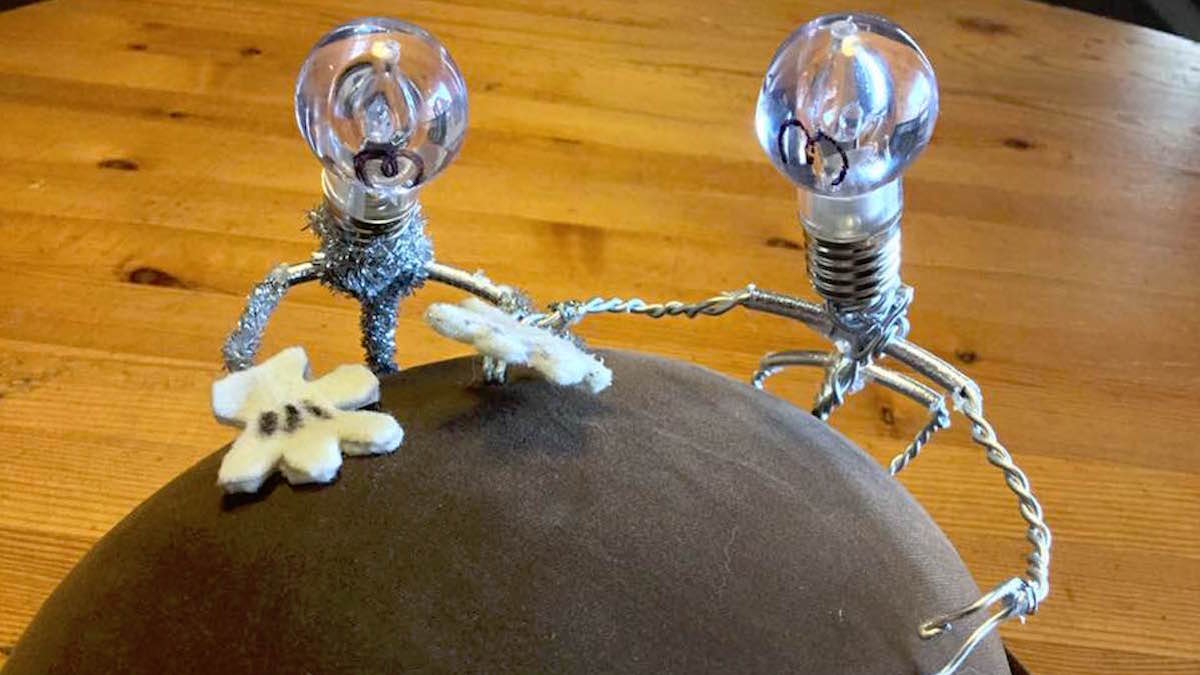 Disney’s DuckTales is still cooking along with new episodes, and a third season is on its way.

Celebrate by making a kid-friendly version of Gyro Gearloose’s Little Helper, or “Lil’ Bulb” as he is sometimes called.

Gyro Gearloose, one of Carl Bark’s original characters, has been a part of the “duck world” since his debut in Walt Disney’s Comics and Stories in 1952. He is almost never without his little anthropomorphic robot companion with big clunky shoes and a light bulb head.

Quick Safety note: Younger crafters working with the chenille stems can make these crafts without glue, and an adult can add glue later with a hot glue gun to keep him together. Also, for parents worried about working with glass bulbs, there are plastic craft bulbs found in craft stores (The examples pictured are using  plastic bulbs.)

Also, get a pair of needle nose pliers if working with the wire.

Divide the stems or wire (if needed) into three pairs and twist them together, if you’re working with the chenille stems. These three pieces will make the arms and legs and body.

For each set of limbs, pull the twisted pair through one of the long beads, with an even amount of sticking out of both sides. Add small drop of glue at each opening of the bead.

For the Legs: Cut the ends off to the length you want and fold the ends up. Place them down into the doll shoes, and add a drop of glue down in each shoe to hold them in place.

For the Arms: Cut each end to the length you want, then untwist the ends, so he has a little “pincer” of a hand. Add a small drop of glue to where the twist comes together, so it doesn’t unravel.

There are some versions of the little helper where he is wearing gloves. If you would rather he have those, cut four small glove shapes out of the white felt and glue them on the end of the arms, instead of making the pincer shapes.

For the Body: fold the third set of stems in half, and place the folded end at in the center of the leg bead. Pull the two ends through the loop tightly, and twist them together once more, leaving a couple of inches at the top untwisted. Secure the body onto the bead with glue.

Do this a second time around the arm bead, leaving some wire or pipe cleaner sticking out at the top. This is needed when the head is added.

For the Head: Wrap the wire or pipe cleaner around the neck area of the head, and glue it in place. Draw a little round “M” on the front to give him his little light bulb “face.”

Now, the Little Helper is complete, and should be posable.

Fall is a good time to make a one, because he can come in handy during all the upcoming holidays. He can hang on a Trick or Treat bag, or be part of a costume or cosplay. He can hide in a Christmas tree or winter garden, or he can just hang out at the homework area, to hold that extra pencil or pen.

Wherever he goes, however, he is sure to spark some inspiration. 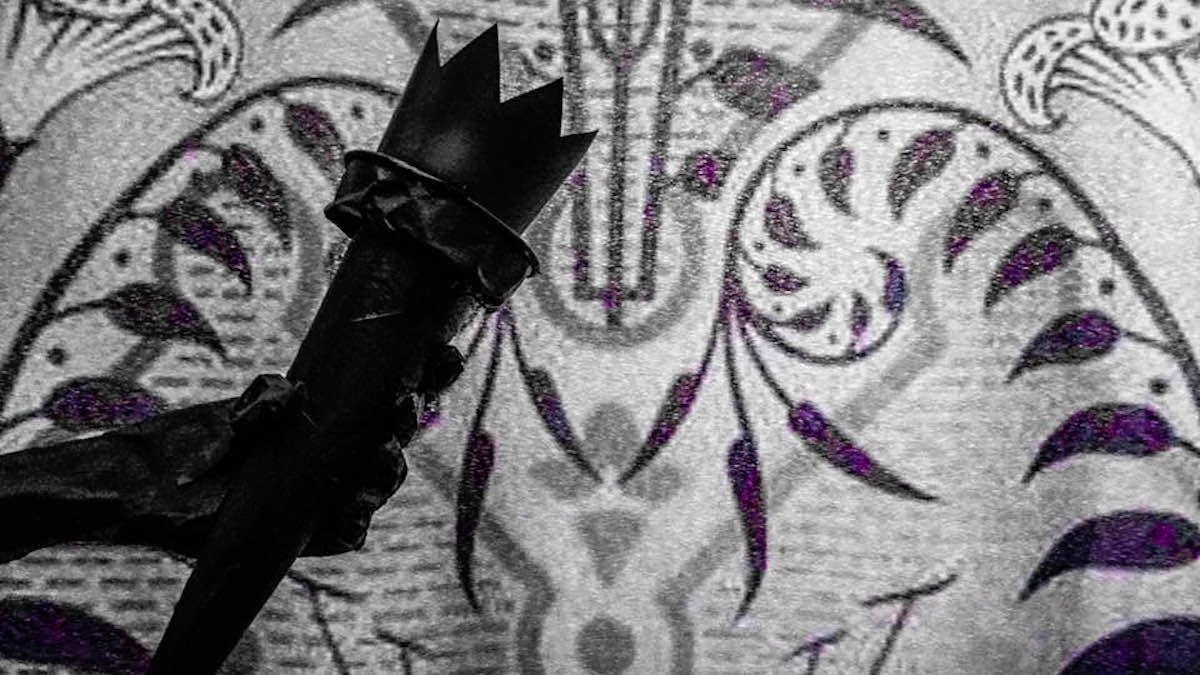 Make a Haunted Mansion Arm Torch With Paper and Tape