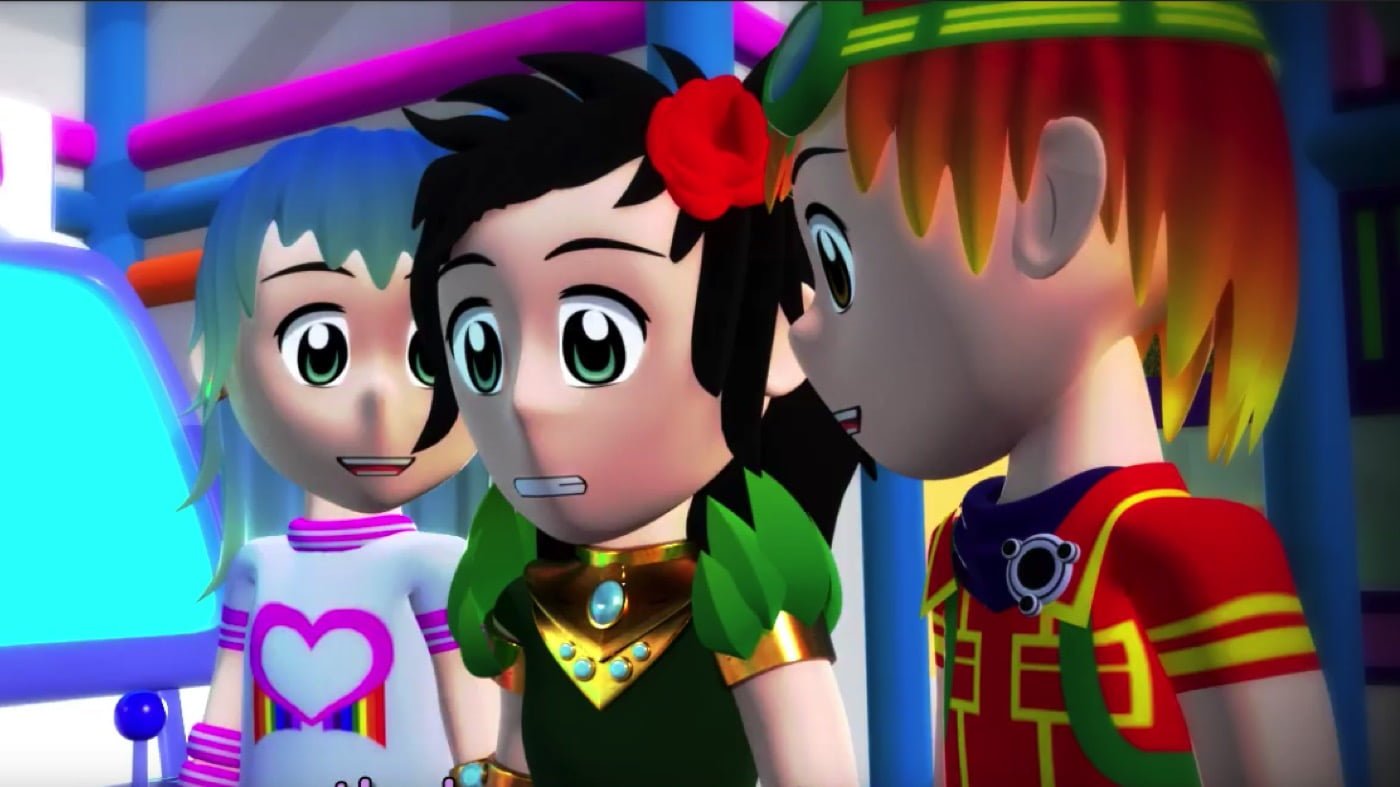 For fans of LeetStreet Boys, or anyone who enjoys geeky pop music, here is a 3D animation video for the song “In Another Castle.” The song had a long road. It was recorded in 2013 with lead vocalist Zuki Nyu, who won the Otakuthon singing competition in 2011. Matt Myers, the songwriter and producer, had been a judge. They completed “In Another Castle” and it was licensed to Hachi Hachi, becoming one of the top dance/beat matching games in Asia for 2015/2016.

The music video is a story within a story about two friends who enjoy playing a “save the princess” type of video game. The boy playing it has trouble and the girl has to “save” him in the end. It’s super sweet with a catchy tune. Enjoy “In Another Castle!”