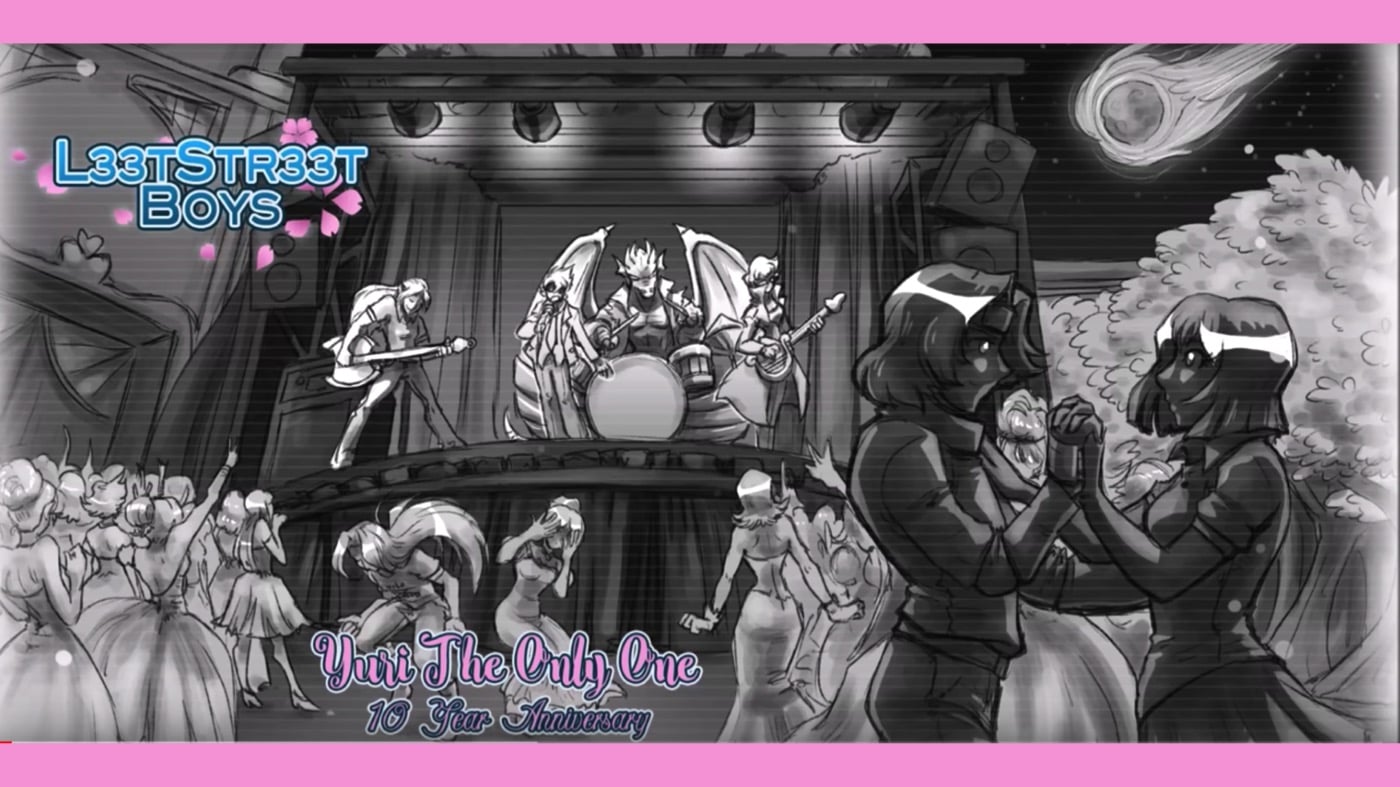 LeetStreet Boys is an American otaku band. Otaku is best translated as “geek” in Japanese. You may be thinking, “The only otaku band?” Far from it. Geek-themed music has been around for decades, each genre giving it a different name: filk, nerdcore, wizard rock, heck, Weird Al has been around forever. When it’s pop music based on love of anime and gaming, otaku is the perfect fit, and LeetStreet Boys is one of the few American bands to have an international following. Most of their popularity comes from their hit single, “Yuri The Only One,” which premiered in 2008. Producing three full-length albums and performing live shows all over, the band still has a strong following at cons.

On a personal note: I met Matthew Myers, the lead singer/songwriter/producer for the band, about ten years ago. We chatted at ConnectiCon, part of the small handful of musicians there. Besides being an otaku band star, his day job was pretty cool too: composer for video games. I sang on a couple of his projects including, “Date Warp,” where I learned pop music production takes skill and hard work. I admire Matt’s commitment, talent, and creativity in all his music. When I heard the band put together a ten-year anniversary edition of “Yuri the Only One,” an updated and reflective sound, I asked Matt some questions about his career and nerd culture both then and now.

GeekMom: Tell me what the geeky scene was ten years ago when “Yuri The Only One” was first released?

Matt: The anime convention scene back then was a lot more innocent and maybe a little crazier compared to today. More innocent because it was smaller, less corporate, and more oriented towards teens and young adults. A large convention had maybe 10,000 attendees and there was this sense of growth but still being under the radar. With anime fandom the gender ratio was also much more balanced compared to comic books or video games so that was a lot of fun. Crazier because kids were still testing the boundaries of what they could and couldn’t do without anything really bad having happened yet. Fans spent the day adorning signs offering “free hugs” as a vehicle to make friends with like-minded strangers. Kids slept like sardines in packed hotel rooms to save money, but some chose to stay up all night looking for shenanigans instead. I once attended an 18+ panel where a young lady took off all her clothes to go onstage and perform X-rated dialog. That would never happen now. It was the wild west.

My own personal experiences at conventions were a huge influence on LeetStreet Boys. These people weren’t geeks like Steve Urkel is a geek. They were very social, partying all day and all night from Thursday through Sunday. I think that observation is what made “Yuri The Only One” such a lightning rod. Here was a high energy, romantic, and lighthearted song about dating that appealed to girls, which was totally different from the messages that nerd/geek artists had at the time. I actually had to keep standing on my soap box about how this was “otaku” music and not nerd/geek music, because those words conjured up images of Urkel lookalikes and scared potential fans away. “Yuri The Only One” was a rebellion against the cultural stereotypes.

GeekMom: What impact did it have on your career? Tell me about the live shows, other recordings? Fans?

Matt: When the music video blew up, my life changed practically overnight. I got to experience all the intense highs and lows of being a rockstar or a teen idol. We’d get flown out to headline conventions in cities where we knew no one and played in front of huge rooms of kids where they knew all the words to the song. There’s nothing more gratifying as a performer than a crowd that wants to see you being you, and all you have to do is give them the experience they’ve been looking forward to. Based on the success of the music, we scrambled to write and record 3 albums over 6 years to keep giving the fans more of what they wanted. “Otaku Hearts” proved to be a successful follow-up, and nowadays I spend a lot of time writing songs in anime-inspired dating sim video games.

I read all the many thousands of YouTube comments where people thank me for helping them get through some difficult times, and all the vitriol from haters who generally don’t like teen pop music or that I’m writing teen pop songs about anime and games. Being that direct with no filter can be very emotional. My attitude around fans in real life as a performer was very open, basically that I’m just like you except I have a hit song. I never talked down to anybody. We’ve had fans bake us cakes, make us art, and even propose marriage to their significant other as part of our show. However in 10 years I’ve also learned from being “famous” that there are times when fans can be misguided too. I don’t want conventions and fans to lose that magical quality I felt in the beginning. As an artist I think you need to do everything you can to make your fans happy, but also recognize when something isn’t making you happy and get outside the bubble of fans and your music career.

GeekMom: What are the biggest changes you have seen in the geeky community over the past ten years? Positive and negative?

Matt: I may have this idyllic selective memory of conventions from back then because clearly the scene was very, very good to me. As events grow they become more impersonal, but it means there are more and more people who have the same interests as you. I think it’s great that there are still opportunities for artists to create original content without the backing of a major label or publisher and to perform at events all over the world. Whether it’s music, cosplay, visual art, or another media I hope that opportunity never goes away.

GeekMom: What was it like revisiting the music for the 10 year edition?

Matt: Reading the reflections from fans about their memories of the song has been surreal and nostalgic. People met their life partners listening to our music and got married to “Yuri The Only One.” Some of our videos are heavily targeted by trolls but this video has been nothing but fondness and support. It shows that even after 10 years the song has had an impact on peoples’ lives and it stands on its own merits. No amount of vulgarity and negativity will ever take that away.

This acoustic project marks the departure of co-founding member Ryan “Frogs” McCormack producing the music. Lawrence Lee has been a driving force in shaping this new sound and I feel like every track we work on keeps getting better. We’re hoping to keep performing in 2019 and thereafter. Part of the reason for doing these acoustic songs is to make ourselves available to small and low tech shows as an alternative to a band with loud drums and amplifiers.

GeekMom: Do you have musical predictions for the next ten years for both The LeetStreet Boys and the geeky community in general?

This kind of music zeitgeist will become more popular again. There are already some established “gamer bro” music festivals, but recently these teen pop “Idol” performers and supporters are becoming more organized and more passionate. That movement definitely has not hit its peak yet and I’m excited to see what happens. Hopefully live music performance will make a comeback at anime conventions too. I love raves and remixes but I don’t think it’s a substitute for the raw energy you get in a live show.

I hope we get to keep performing and spending time with the fans a couple times a year. We’re working on more renditions with this acoustic-driven sound and I’m writing some new songs. I’ve still got a few tricks up my sleeve. On a personal level I want to do something as bold as “Yuri The Only One” was if I can figure out exactly what that means. I guess I’m a bit irked by the recent censorship of song lyrics in popular culture, and how boringly mainstream these big corporate cons have become. I’m totally OK with being off the wall and I’m not afraid of all the idiots on the internet. When I work on LeetStreet Boys material I get to be the person I was during those formative experiences at conventions when I was in my element. Even as my life changes and my fans grow up I hope to never lose touch with that inner teen otaku rockstar. He made a lot of people happy.

GeekMom: Thanks, Matt, for taking the time to answer my questions in such a thoughtful way. With “Yuri The Only One” reaching more than 1,800,000 views to date, I hope the next ten years are just as successful and fun. Here’s a flashback to 2008: 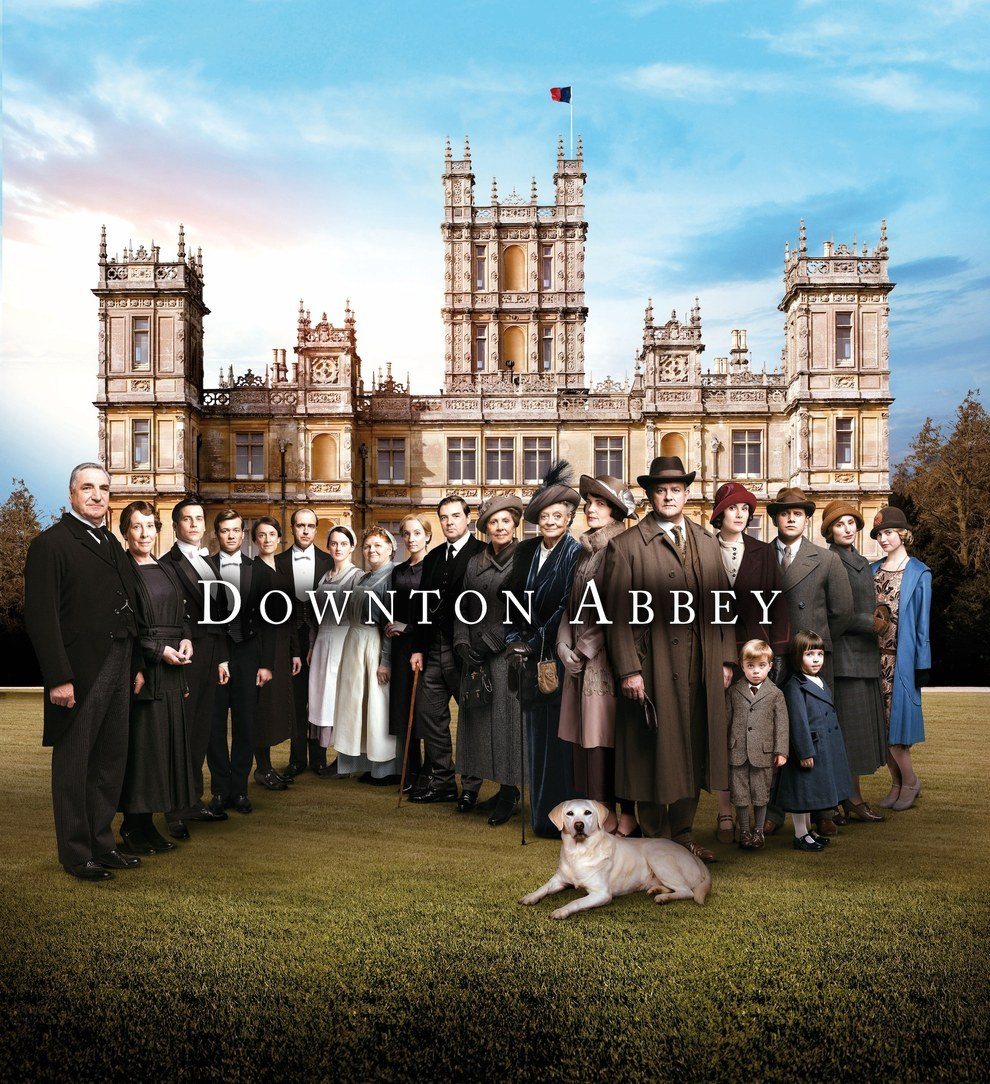