As I have written about many times before, I was not diagnosed with ADHD until I was 39 years old, after my kids were diagnosed. As it is for a lot of women diagnosed with ADHD as an adult, this is mostly due to stereotypical misunderstandings of what ADHD is: most people think it’s just an inability to sit still and get ones schoolwork done without blurting every odd thought out. I was a very quiet child who could sit still, a very intelligent child who learned facts so well her test scores almost always counteracted her inability to remember homework. I was a heavy-duty daydreamer, but everyone seemed to accept that as just part of my creativity (which, by the way, is a positive symptom of ADHD). It turns out that the most debilitating symptom of my ADHD in childhood was a symptom that’s only gotten attention from ADHD experts in recent years, and still isn’t well-known among even medical professionals let alone society at large: Rejection Sensitive Dysphoria.

So I wasn’t a hyperactive troublemaker. I was just a crybaby.

GAH, can I just interrupt to say how much I HATE that word? You hear people talk about “triggering” speech or situations in regards to mental health, and how so many people don’t get it, to the point of it being a joke (I keep trying to break my 12-year-old of saying “triggered!” whenever someone says anything at all that could be considered mildly upsetting—a phrasing he picked up from his equally ignorant peers), or being only universally-upsetting things you get yelled at on Tumblr for not tagging, but triggers are more personal and unpredictable than all that, and seriously? That word is a trigger for me. Just typing it, I’ve got this visceral twist in my stomach, and can feel tears starting to fill my sinuses. It’s literally physically painful, even when it’s me typing it, controlling it. But nobody tags their Tumblr post with: “TRIGGER WARNING: SOMEBODY CALLS SOMEBODY A CRYBABY” because that’s dumb. Right?

EXACTLY. Rejection Sensitive Dysphoria is the DUMBEST thing about me, while simultaneously being the most traumatic. Someone with RSD is highly prone to feeling SERIOUSLY HURT by the most objectively innocuous things, the stupidest things. We can’t help but take everything personally.

Sure, no one likes to feel rejected. But if you have Rejection Sensitive Dysphoria (“Dysphoria” from the Greek for “unbearable”), you feel rejection worse than other people—even if no actual rejection was intended. To the outside observer, we seem to be making a big deal out of nothing or flying off the handle with no warning, to be acting like a drama queen or a psychopath. This symptom is why people with ADHD are more likely to be misdiagnosed with an autistic spectrum disorder (itself a misunderstanding of ASD: “that’s that thing where the kids throw tantrums all the time, right?”) or bipolar disorder or borderline personality, or sentenced to anger management classes, depending on how it manifests to others.

It’s frankly bewildering from the outside, and that’s why it hasn’t become a main diagnostic factor of ADHD. You can’t quantify it and study it. You can’t predict it. Insurance companies and people who decide if you need accommodations at school or work want hard numbers, and illogical feelings are not hard numbers. Nonetheless, according to ADHD expert Dr. William Dodson, Rejection Sensitive Dysphoria seems to occur in 95% of people with ADHD to some extent or another. For some people it’s relatively mild compared to their other symptoms: for my husband it manifests as a short temper and some jealous tendencies, for my extroverted daughter it manifests as paradoxical social phobias. But for an estimated 30% of people with ADHD—including me and my once violent-tantrum-prone son—it’s the symptom that causes the worst trouble.

Oh, and it’s virtually nonexistent in people who don’t have ADHD. What’s actually going on becomes clearer once you think about how ADHD works. The so-called “Attention Deficit/Hyperactivity Disorder” is a deficit not actually of attention, but of mental regulation. The “Inattentive” aspect is caused by the brain’s inability to regulate input, the “Hyperactive/Impulsive” aspect by the brain’s inability to regulate output.

The neurotypical brain can filter out and suppress input (sensory experiences, ideas, the things other people say or do, the thoughts bouncing around in your brain already) to make it easier to handle and work with. But if your brain has trouble regulating input, all of that—the whole universe, inside and out— is going to overwhelm you. It’s going to hit you harder. You will feel. everything. deeply. And if that input can in any way be interpreted as negative, it’s going to HURT. If you tend to internalize criticism, it feels like a deep, even suicidal depression. If you externalize criticism, it feels like a burning rage.

But what really makes a mess of things at this point is the impulsive aspect of ADHD. If your brain has trouble regulating output as well as input, all that unregulated extreme hurt is going to come pouring out of you before you even have a chance to think. For me, it comes out in uncontrollable tears. For others, it could come out in tantrums or angry shouting or mean words you instantly regret saying. But for all of us, it’s immediate, it’s powerful, and it’s completely unintentional.

The “unintentional” part seems to be the hardest thing for outside observers to understand. The average person’s reaction is going to be “What’s your problem?“—whether that’s your peers calling you a… you know, that “c-“word—or your teachers lecturing you on talking back. Which is criticism. Which the unregulated brain is going to sense as overwhelming rejection. Which is going to make the unregulated-output reaction even worse.

And so on, and so on, in an increasingly painful irrational spiral. Eventually it builds into terrible self-esteem and often a true long-term mental illness, like anxiety, or in my case a major depression.

That’s why that “c-“word is a trigger for me. It’s a self-fulfilling prophecy. Even if I wasn’t crying to begin with, you call me that and down I’ll go.

So What Can We Do?

To be honest, that’s a question I struggle with. There’s no way to protect us oversensitive folks from words that will hurt us. Sometimes we need what we don’t want, and we have to accept the bitter pills of rejection. And not only is it impractical to shelter us from every possible slight we might encounter, in my experience it usually backfires: at times my friends have tiptoed around me, afraid of hurting my feelings, and the only thing that accomplished was me breaking down because my friends thought I was too delicate.

And more often than not, our impulsive reactions really are inappropriate. We can’t break down every time the boss gives us a critical suggestion, we can’t overturn the game board every time we lose a game, and we definitely can’t scream at our loved ones when they seem to be ignoring us. But behavior management techniques used by parents, teachers, therapists, and the like, tend to focus on logic and choice: do this and be rewarded! Don’t do this, or you will be punished! And we honestly didn’t choose to react the way we did—we had no time to choose!— so rewards and punishments have no effect on our future behavior, which we more than likely won’t have time to choose, either. In fact, punishments register as “rejection” in our hypersensitive minds, so punishing these impulsive reactions just escalates the very behaviors you’re trying to stop!

(Oh, punishments and criticism do affect our future behavior in some ways: either we become perfectionistic people-pleasers going out of our way to be impossibly above reproach, forgetting our own needs and wants in the process; or we just give up and refuse to try. Or both. I have definitely used both techniques in different areas of my life).

But there are some things loved ones can do to help ease the sting of Rejection Sensitive Dysphoria.

That said, I’ve personally experienced much less extreme RSD (I’m still sensitive, but I tend just to feel down and sick to the stomach, and only cry at actually objectively sad moments) since going on a simple SSRI antidepressant seven years ago—several years before being diagnosed with ADHD and long before I’d even heard of Rejection Sensitive Dysphoria. My 12 year old started (a much lower dose of) the same SSRI a year ago, after developing signs of debilitating depression stemming from his behavior struggles, and while he still gets mad when things don’t go his way, it’s much shorter-lived and much less intense. Perhaps the vicious-cycle aspect of a bout of RSD has more ties to actual depression—or at least to serotonin levels—than anyone’s studied before. Then again, no one’s really studied RSD at all.

But I am not a doctor, and every body and brain is different. Children especially must be watched closely, under expert care, while trying to find the medications and dosages that set their brain chemicals straight. It can be such a tricky process that many parents don’t want to put their children on medication at all. But when you hit the one that works, it can be literally life-saving. I cried with joy when the sertraline kicked in for my son, bringing the sweet, gentle, enthusiastic little boy I’d always known back to me.

Yeah, I cried, but it was a totally appropriate response. 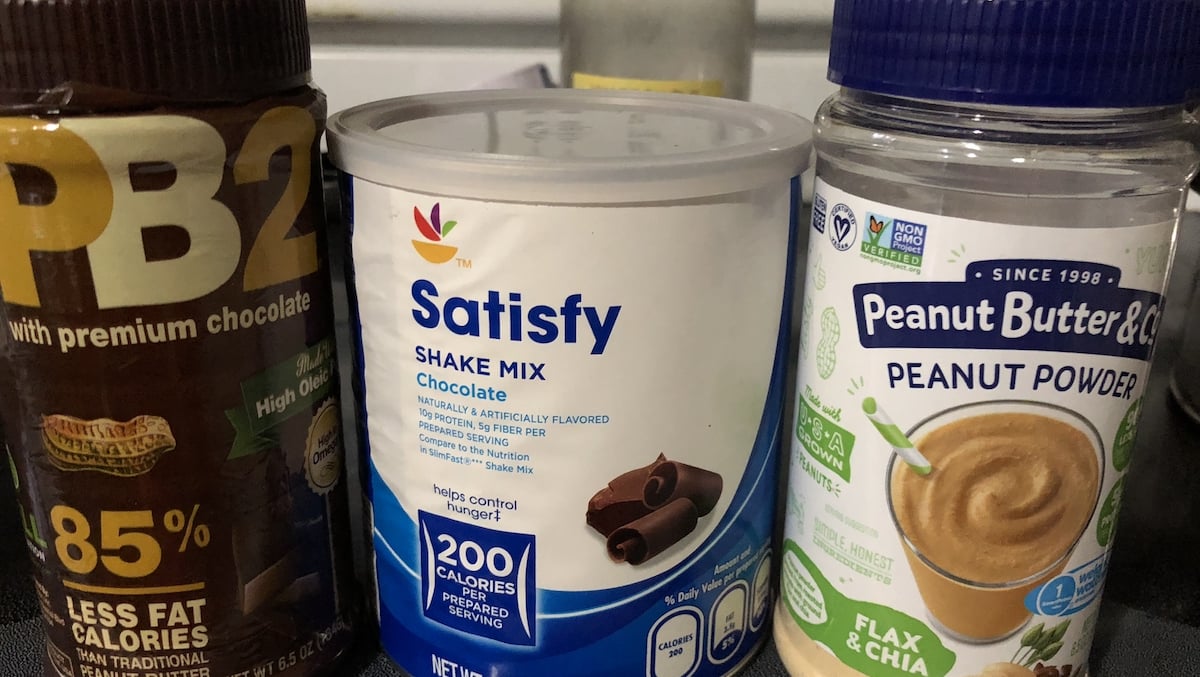 Fitness Week: Staying in Shape with the Help of Bionics 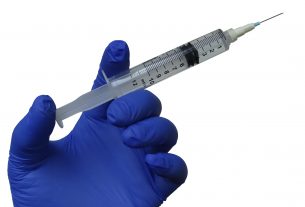