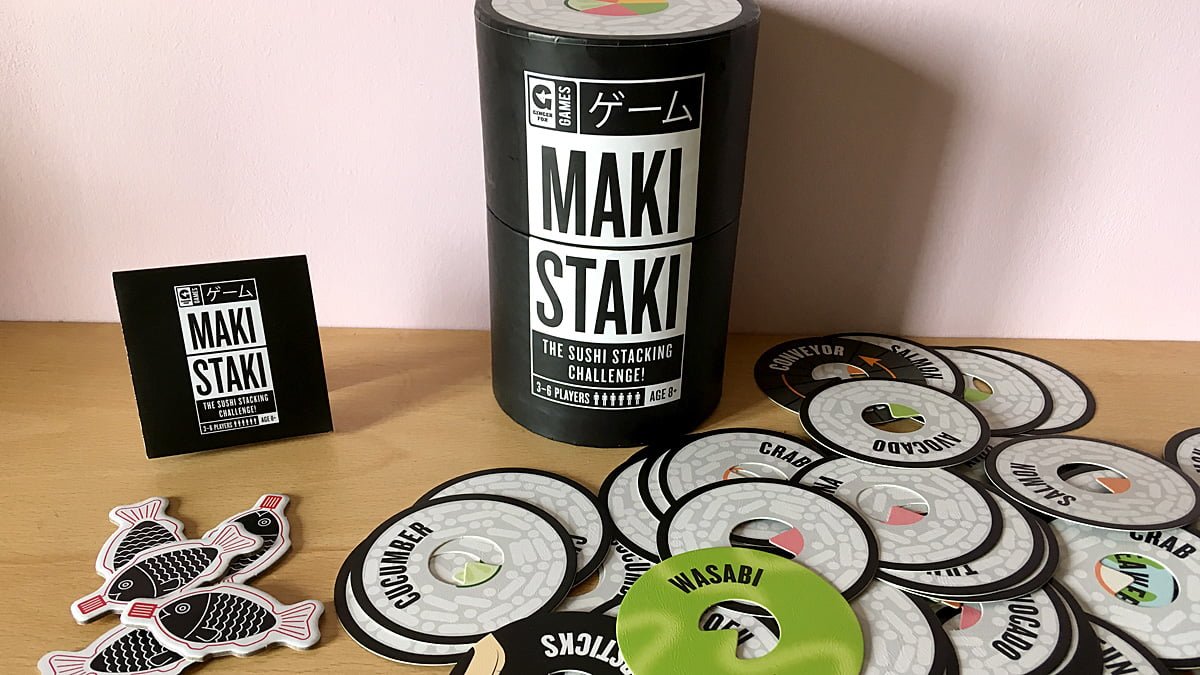 Maki Staki is a sushi-themed set collection game in which players compete to be the first to collect five matching Maki Cards. Maki Staki is playable by between three and six players and is recommended for kids age eight and up, although younger players could probably play with support as there is virtually no reading required.

How Do You Play Maki Staki?

Shuffle the Maki Cards and deal five to each player. Each player then places their cards face-up on the table in front of them, stacking sets of the same type together so everyone can see what they have in their hand.

The remaining Maki Cards are then shuffled again and divided into ten piles placed face down on the table. An Action Card is added to each stack, then all ten stacks are recombined to form the Draw Pile.

The top card is taken from the Draw Pile and placed face up in the center of the table to start the Discard Pile. Players agree on how many rounds they want to play (an odd number is recommended), and the game is ready to begin.

The aim of a round of Maki Staki is to be the first player to complete a stack of five matching cards from the same set, e.g. five cucumber cards. All the Maki Cards are circular with a circular hold cut from their center except for one triangle which fills one-fifth of the space. Stacking together five cards fills the center circle entirely.

Player one begins by either taking the face-down card from the top of the draw pile or the face-up card from the discard pile. If they draw a Maki Card, they add this card to their hand and then choose one card to place onto the discard pile. The card they discard can be the one they just picked up in the same turn. This means that no player ever has more than five cards in their hand except during their own turn.

If they draw an Action Card, they must perform the related action as soon as they pick it up. There are six different Action Card types in Maki Staki:

If you pick up another Action Card when drawing replacement cards after Wasabi Burn, Fatal Fugu, or Seaweed Sadist is played, that card is added to the discard pile and another card is drawn until the player has replaced their hand with all Maki Cards. Action Card effects are not stacked.

Play continues around the players until one player manages to collect five cards of one type they shout out “Maki Staki!”. That player wins the round and receives a Soy Sauce Fish Marker and a new round begins

Once all agreed upon rounds have been played, the player with the most Soy Sauce Fish Markers is the winner. In the case of a tie break, all the cards are returned to the draw pile and shuffled. The tied players take it in turns take a card from the draw pile without discarding any until one player collects a set of five.

Should You Buy Maki Staki?

We seem to be fans of food-themed games in our family because we’ve enjoyed Maki Staki so much that it has been added to our collection of regular rotation games that also includes Sushi Go, Sundae Split, and Go Nuts for Donuts.

Maki Staki is a great combination of strategy, luck, and actively working against your fellow players to prevent them from gaining the cards they need to complete a set and win the round, while the action cards bring just enough elements of randomness to change things up regularly without becoming irritating.

The game also forces you to make decisions regularly when it comes to discarding cards. If I have three avocado cards and two crabs, picking up a fourth avocado seems great and an obvious keeper while discarding one of my crab cards. However, if the player after to me is collecting crab cards, then by discarding it I will help them increase their own biggest stack. If discarding that crab card will let them also get to four cards, or even win the round with five, it’s not as easy a call to make over discarding it, even at the cost of my own avocado stack.

In a similar vein, if I drew a crab card in the same situation, do I discard it to stick with three avocado cards and two crab cards, or keep it and discard an avocado card to switch my biggest stack over to crab. These decisions are often influenced by other players – what are they choosing to collect and discard – and will also cause plenty of banter at the table. My brother-in-law particularly enjoyed teasing my sister and nieces during a family game when this would happen to them!

Interestingly, the instructions suggest reducing the number of action cards when playing with a larger number of players. When we tried this during a six-player game, we found it made the game a lot more monotonous and we soon ended up adding them back into the deck which hugely improved the game so this is definitely a rule suggestion I have to disagree with.

We also ended up setting up new rounds slightly differently to the instructions. The rules say to remove all the Action Cards, shuffle the Maki Cards, deal five out to each player, then re-insert the Action Cards as at the beginning of the game, but we found it took too long to set up each round that way. Instead, we shuffled all the cards together then had players take it in turns to draw up to five cards from the entire draw deck. Any Action Cards that were drawn were set aside until each player had five Maki Cards, then those Action Cards were re-inserted and the deck reshuffled and cut.

Maki Staki is a fun, family game that kids and grown-ups will enjoy playing together. It has a great balance of luck, strategy, and ‘Take That’ mechanics without ever becoming overly vindictive, is well-packaged with minimal plastic and has cute artwork. This is one I highly recommend for your next family games night.

Is ‘The Force Awakens’ Okay for Younglings?

Gen Con: The Once And Future Podcast's First Live Event 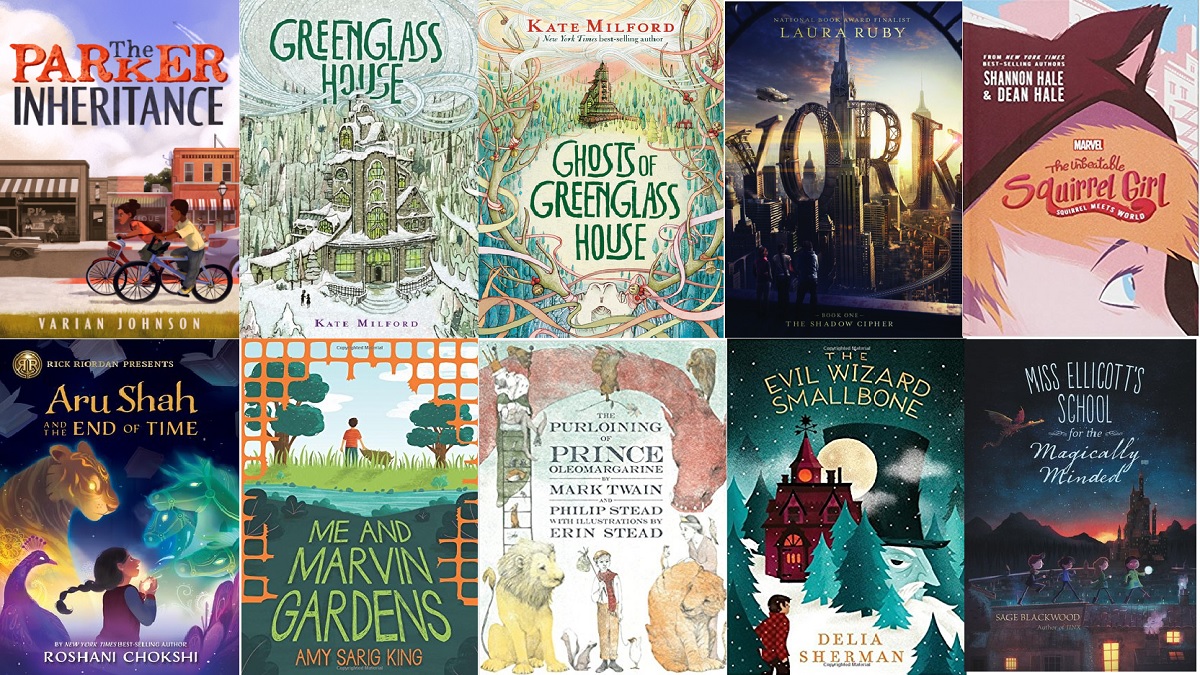