The Black Knight trade paperback published by Zenescope Entertainment is available for pre-order now. Peyton Parks is back in her own series packed with Russian mob families, blood magic, vengeance, betrayal, and an ancient evil that cannot die. Peyton faces battles personal, professional, and otherworldly. She rides the line between lawyer and vigilante. The Black Knight collects every panel of the first five issues in a single volume with brand new cover art and a bonus story.

The Black Knight is one of the newer series to come from the Grimm Universe, but it still offers full-blown action and horror, topped with just a touch (relatively speaking) of Zenescope’s signature cheesecake. The Black Knight, Peyton Parks, joins the Grimm Universe courtesy of Merlin (yes, that Merlin) and Camelot, first appearing in Grimm’s Fairy Tales #13 Age of Camelot. The Grimm Universe includes four “Realms of Power” The realms—Wonderland, Neverland, Oz, and Myst—are familiar to many people from childhood stories. Zenescope takes this familiarity and twists it to produce a universe as dark, and creepy, as it is expansive. Zenescope offers some of the most fun and creative fantasy horror tales ever tied into a comprehensive overarching universe.

Spoiler Warning: If you have not read The Black Knight issues 1-5 there may be spoilers below! 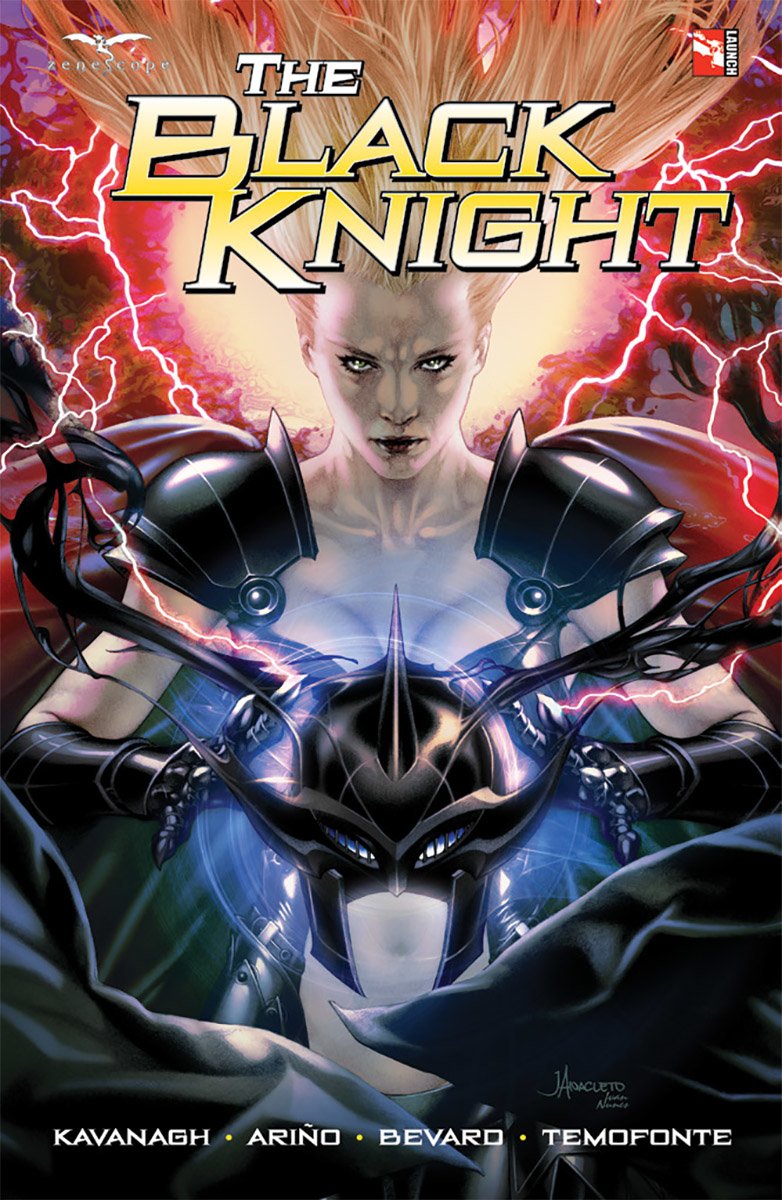 Who Is the Black Knight?

New York City Public Defense Attorney Peyton Parks is beautiful in the conventional style of your standard comic superheroine. Her backstory is familiar. Accused of a crime he didn’t commit, her father, a former police officer, was thrown into jail and murdered before his innocence could be proven. Peyton chose to become a defense attorney and spent her days defending both innocent and guilty until her life was interrupted by an evil wizard—yes, an actual evil wizard. That’s where things got weird.

A sadistic magician named Merlin (you might have heard of him) conferred upon Peyton the powers of the Black Knight using the stolen Book of Fables and drawing Peyton into Camelot and the conflict of the Four Realms. Now back in her world, Peyton uses her new gifts to defend and protect when the law can’t or—as is the case in Peyton’s current case—when it won’t.

I love this cover. I’d be lying if I said that Zenescopes gorgeous females and sexy covers weren’t a part of my decision to collect them. Yes, I’m a woman. Yes, I have strong feminist inclinations. Still, I have a solid appreciation for the female form, and Zenescope artists are very good at rendering the fantasy female form. That said, this cover is my favorite of all covers used for The Black Knight issues since Zenescope released the debut issue in October of 2018.

It’s a powerful cover that depicts Peyton embracing her role as the Black Knight. The expression on her face is one of determination and fearlessness. The red lightning background offers a striking contrast to her black armor. The level of detail in this cover is impressive particularly in her helmet, gauntlets, and her face.

There’s a lot to love about the cover for The Black Knight, but it’s her eyes that set this cover apart. Those are the eyes of a warrior.

The story opens in a courtroom in Lower Manhattan with the Black Knight surrounded dead bodies and men with Uzis. Hitmen exploded into the courtroom and mowed down police officers while attempting to murder Nikolai Bakunin, an ex-hitman for a Russian mob family. Bakunin happens to be Peyton Parks client. Lucky for him, she happens to be the Black Knight.

Who could have predicted this mess would occur when trying a former hitman turned state’s evidence in an open courtroom? Oh wait, Peyton did, weeks ago. Unfortunately, neither the district attorney nor the judge listened. The judge paid for it with his life, in spite of the Black Knight’s intervention.

Kavanagh did a great job opening the story in a gripping way. He tosses us right into the action from page one. On the surface, it seems like a simple tale. Hitman turns states evidence. Mob wants him dead. What we learn in the next few pages reveals a lot more happening than a mob boss betrayed.

Bloody Misandry and the Black Knight

Bakunin was a hitman for Nadia Vasiliev. Nadia, it seems, sent Bakunin and his partner to slaughter the male members of the Grigor family. Bakunin was fine with the orders until he learned it included the male children. At that point, Bakunin murdered his partner and defected from Nadia’s employment, incurring the wrath of both Nadia and his partner’s sister Sirin.

Nadia’s decision to slaughter the Grigor males isn’t mere vengeance; this lady is playing with some serious arcane power. That’s evident in the powers that she has bestowed upon Sirin. I mean, this lady has a bathtub of blood. Who does that? Evil blood magicians and nasty necromancers. Whatever it is she is planning to do with that amount of blood, you can bet it isn’t good.

The Grigors, meanwhile, aren’t going to take attacks on their people lightly. They call in cousin Ursa, who based on the full-page splash seen on page twenty-six, is more than a mere man. Confident that Ursa will end the string of Grigor deaths, they send him to Nadia as a present. Sirin, however, intercepts and slaps a return to sender on Ursa’s head.

More Than a Magical Girl

Meanwhile, Peyton and Brin meet with Bakunin at the prison only to learn that more than a few of the correctional officers are on Nadia’s payroll. Peyton faces the choice of having to call upon her power as the Black Knight once more. This is another area where Kavanagh gets kudos.

Peyton’s character isn’t your stereotypical emotionally fragile female. She gets a full range of character development. Threaded throughout a great horror tale about a mob war with arcane undercurrents and supernatural powers is the story of the Black Knight as a person. Peyton Parks leaps into action when needed, but internally we see that there’s a cost to her accessing these powers. Her conscious and sense of goodness conflict heavily with the actions she takes as a vigilante.

She’s not just a grown-up version of a magical girl who transforms willy-nilly at the first sign of trouble. Each time she becomes the Black Knight, she is giving herself over to a power that fundamentally alters who she is and how she thinks. She is choosing to step out of her dedicated defense attorney with a sense of honor persona and risk becoming an ultra-violent avenging angel complete with limb-severing tendencies and reduced concern for human life.

Art of The Black Knight

The Black Knight is very easy on the eyes, and I am not talking about Peyton. Yes, she’s pretty and looks hot in that terribly impractical armor, but that is not what makes The Black Knight so visually appealing.  Sergio Arino’s talent is on full display throughout the one hundred and fifty plus pages that make up this collected edition. I’m a fan of his dynamic action scenes particularly because he has a good sense of flow and makes great use of non-linear panels.

The character design works in spite of the fantasy female armor and the trademark deep cleavage that characterizes a lot of Zenescope books. Not that I am complaining, but I am impressed by the fact that Arino balanced the cheesecake factor with some practical combat attire. I can’t count the number of female superheroes I’ve seen fighting in high heels or magically standing on tiny Barbie doll shaped feet. (Yes, Liefeld, I’m looking at you.) Arino gives the Black Knight a solid pair of what look very much like combat boots. Considering the amount of blood she wades through in this book, practical footwear with gripping treads are key for minimum slippage.

Robby Evard’s rich colors enhance Arino’s lines, adding depth, using lighting effects, and ensuring the reader’s attention moves to focal points in the panel that undergird the visual flow. Saida Temofonte’s lettering talent does a tremendous amount to balance the exposition and sound effects. I love that the Black Knight’s internal narration indicated by color as well as font, but the most fun piece of Temofonte’s craft is the clever blending of the onomatopoeia into visual devices like arterial spray.

As I mentioned in my Hellchild: Blood Money #1 review, comics published by Zenescope are not for children, although based on fairy tales, myths, and legends. Many of the fight scenes involve graphic violence and grotesque imagery that would be troubling for sensitive readers. I strongly support an 18+ age recommendation for this series as with most Zenescope titles

Other Info: I also recommend that if you have an allergy to impractical female armor, you avoid this book. The Black Knight’s armor leans heavily toward fantasy and video game trope in terms of its appearance. Her armor class isn’t quite “chainmail bikini,” but it’s close. 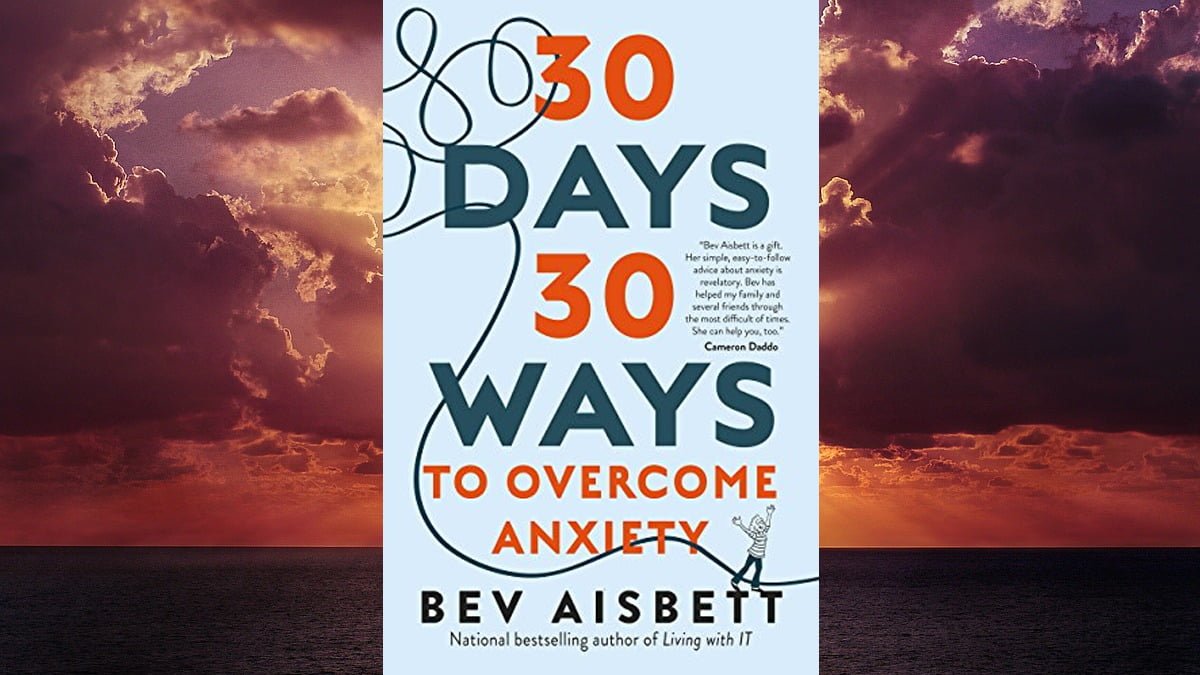 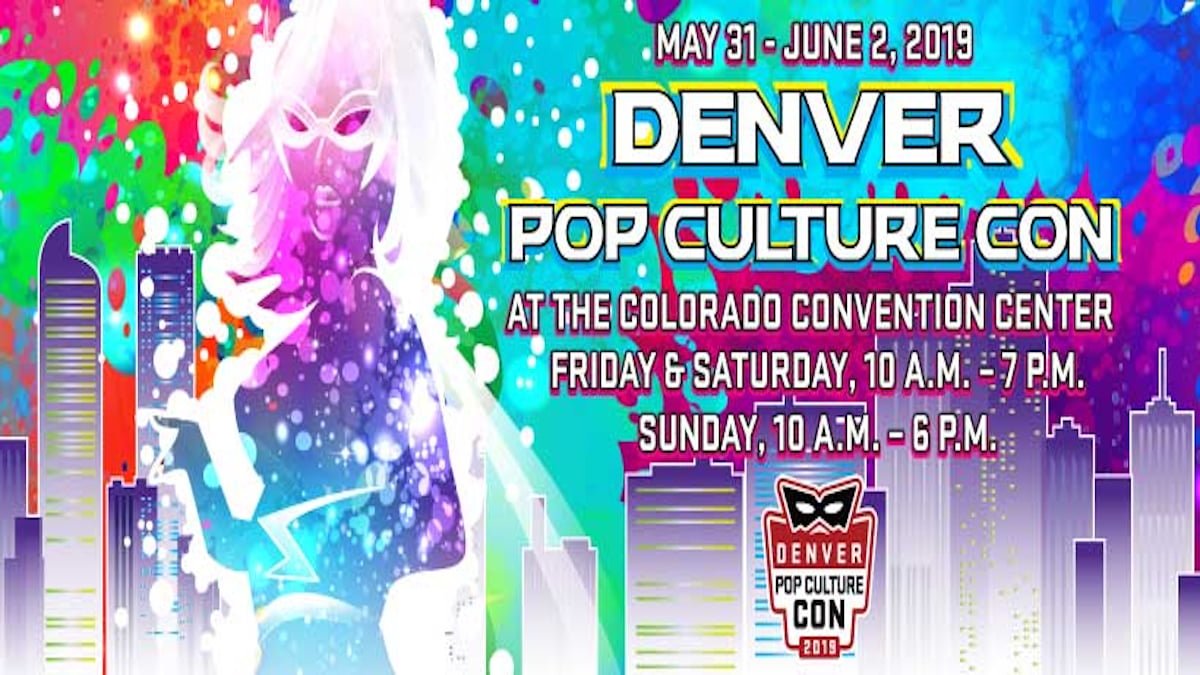