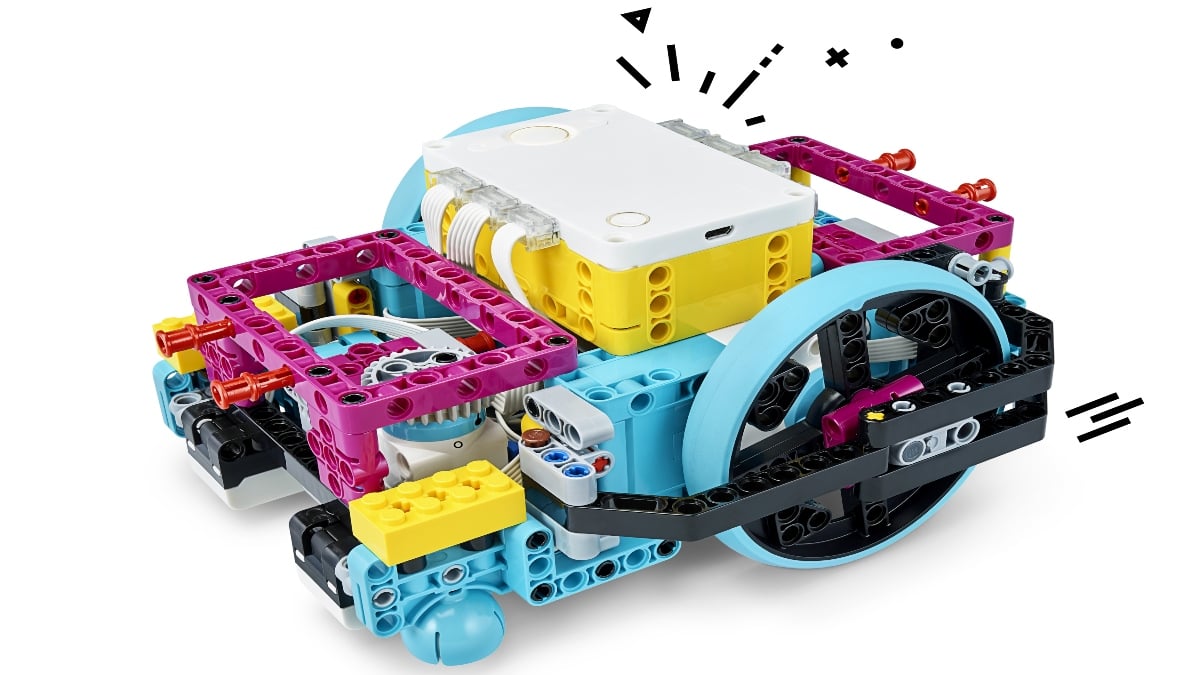 As a GeekMom and former teacher, nothing excites me more than bringing my two passions together. I’ve been a fan of LEGO Education for a while now, espousing the way it works to promote not just STEM learning. Although, what really drew me to the LEGO Education sets was the way in which the company pairs with educators.

Today’s announcement that LEGO Education and First LEGO Leagues will be working with the new SPIKE Prime sets brings together everything I love about teaching and LEGO in one big happy ball of learning.

What is LEGO Education?

LEGO Education is an entirely separate branch from the retail side of the house. LEGO Education sets, originally designed for schools but also great for homeschoolers, differ from the sets you can find in stores. LEGO Education pairs with educators to create sets and align them to core curriculum objectives.

Even if a school can’t afford the sets themselves, teachers can still download the lesson plans and work with their kids on the intended objectives.

First (For Inspiration and Recognition of Science and Technology) began in 1989 to inspire kids to engage with Science Technology Engineering and Mathematics (STEM). The non-profit runs a series of robotics and STEM competitions, espousing core values such as discovery, innovation, impact, and teamwork.

What is First LEGO?

First LEGO is a robotics-based competition that started in 1998 when the two organizations decided to team up so that they could make an impact on the way kids discover STEM to help create an innovative next generation.

What is SPIKE Prime?

SPIKE Prime and the SPIKE Expansion Set bring together LEGO and technology to help build STEAM skills. While STEM focuses on the “left-brained” side of academics, STEAM incorporates the A for “Arts” which brings in the creativity necessary for innovation.

SPIKE Prime and the Expansion Set are based in the drag-and-drop Scratch language to make coding accessible. Everything begins with what looks like a really big light up LEGO brick that includes ports which allow kids to code things and then build that into their LEGO Design.

As someone who loves teaching, the coolest part of SPIKE Prime is that teachers can download lesson plans for activities that last up to 45 minutes and are aligned to age-appropriate core curriculum requirements. No lie – if someone had given me the opportunity to have a prebuilt lesson that met objectives and would keep kids from whining about, “UGH do we HAVE to?” I’d have jumped right on that.

Why First LEGO and LEGO Prime together is a big deal

I’m 41 years old. The concept of coding scares me. Why? Because even though I was able to make a pixelated turtle go around in a square and circle in middle school, the concept just always felt just slightly beyond me.

We didn’t have the opportunities to understand why or how our mistakes changed the way the little green pixels acted. All we knew was that you had to have the right grammar or you’d fail.

As an adult, I have no interest now, but I recognize that the fear of technology lies in not understanding how it works. We use smartphones and use computers, but most people don’t understand how to fix even simple problems.

This makes us want more tech that does more things in an easier way. Touch screens replace keyboards on several laptop models. We don’t need to have skills to use tech. However, as someone who works in cybersecurity for a living, we need to close that skills gap. We need kids to feel as though they can create and innovate. We need them to see that coding and programming is more than just filling in the right grammar.

First LEGO and SPIKE Prime do that. First LEGO League Jr starts with kids as young as 6 years old. Not all 6-year-olds can read, but most of them can use drag and drop colored puzzle pieces.

And, that’s all they need to do. Bringing the two together starts by providing early interaction with coding in a way that allows kids to explore their creativity even if reading is a struggle.

As someone who’s spent the last few years creating, building, coaching, and, in part, funding a non-First similar type of program, I’m the person fully committed to the idea of after-school activities that promote learning and teamwork. I love sports and music, but both of those activities come with pre-arranged rules and requirements. You follow the rules of a sport based on how your coach thinks the team should play or someone else’s composition based on the way your conductor interprets the music.

Problem-solving competitions do what schools don’t allow and other activities don’t have built-in – they let kids make mistakes and learn from them. The press release quotes LEGO Education president Esben Stærk Jørgensen who says,

if you meet students where they are, challenge them appropriately, allow them meaningful failures, they will ultimately succeed, and this builds their confidence and desire to learn more, try more and stretch themselves and their learning.

Nothing is truer, specifically in tech and teaching, than needing to let kids experience meaningful and supported failure. When I left teaching, part of the reason was the way we don’t give our kids an opportunity to make mistakes anymore. From Kindergarten through college, education has become high stakes testing rather than learning from mistakes.

In fact, the reason I started my own program at my kid’s school was that I could tell by the end of first grade that the rigid requirements current regulations place on teachers was creating an “I won’t because I might fail” mentality. I mean, that and my kid felt the only way to make friends was sports which led to not caring about school at all.

Programs like First LEGO matter. They give kids control over what they learn, how they learn it, and how to become more resilient. 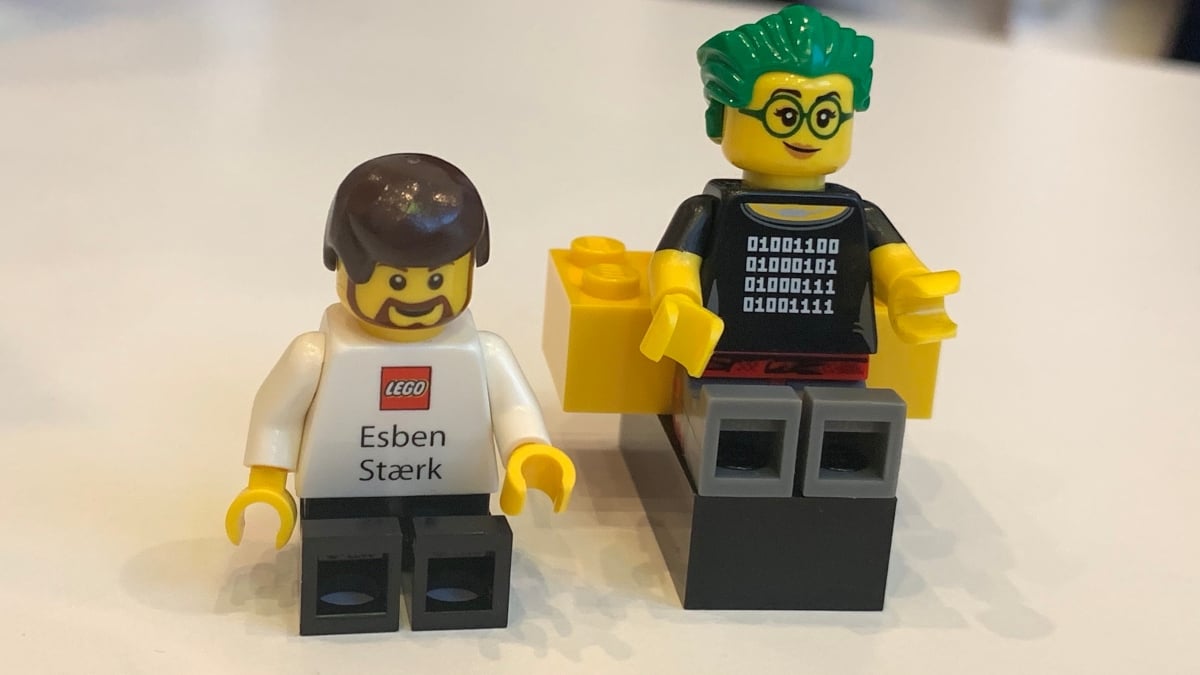 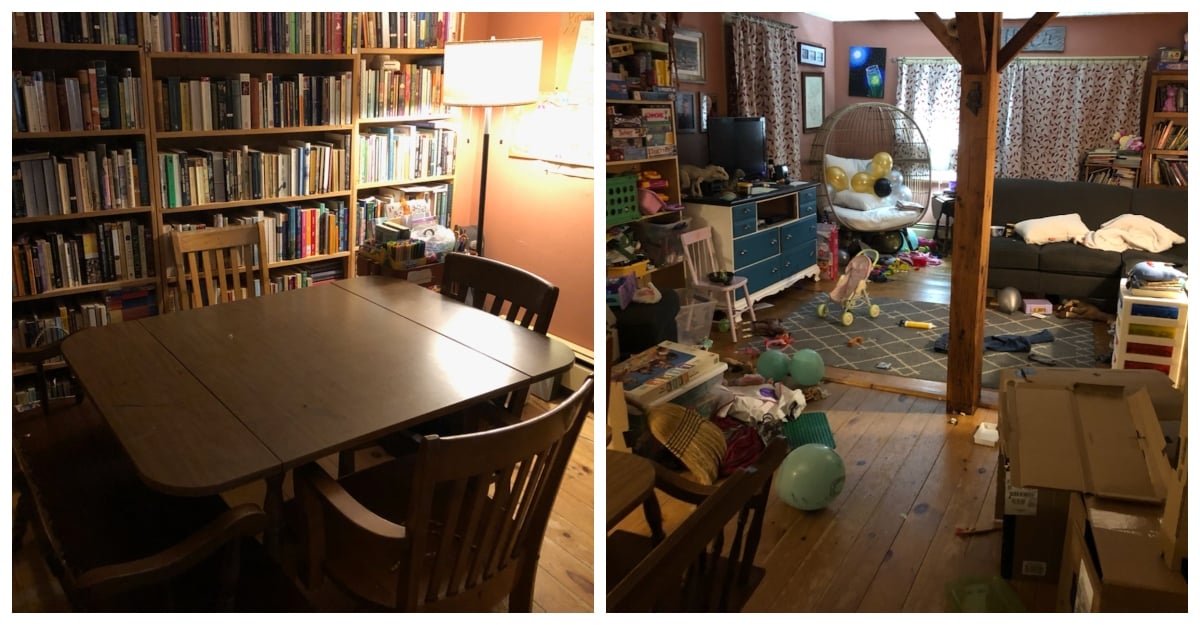