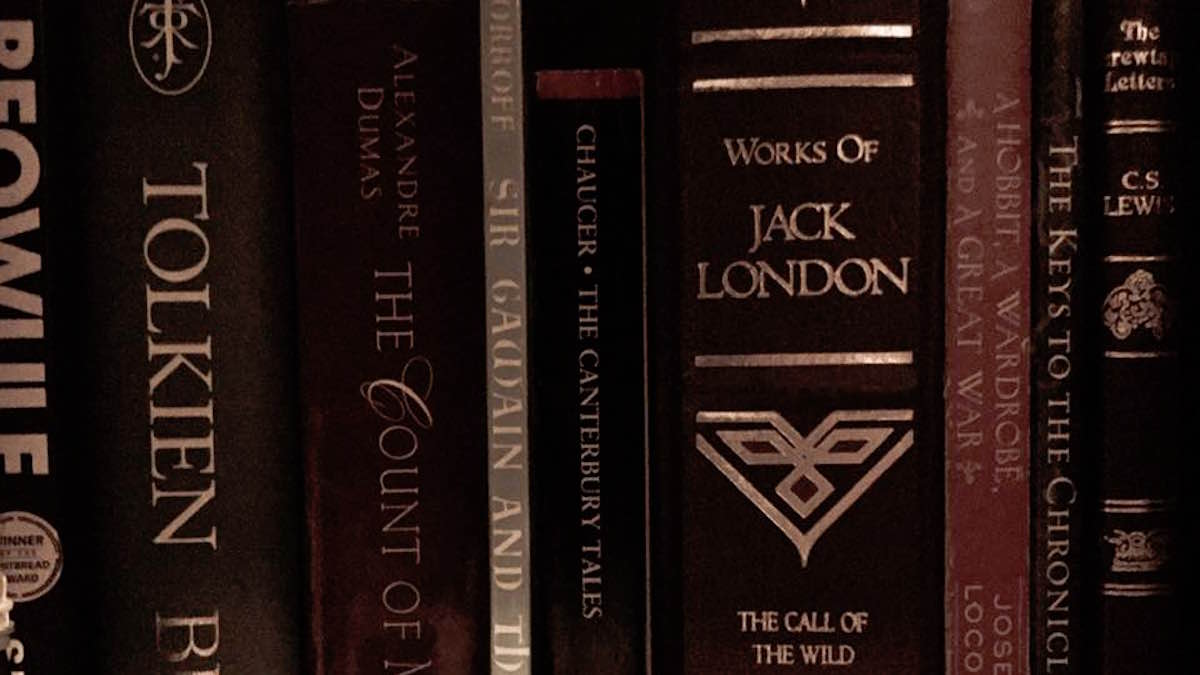 Lemony Snickett once said, “never trust anyone who has not brought a book with them.”

If that is the case, I must be the most trustworthy speck on the planet. Not only do I carry a book with me in my purse at all times, but when we go on family gatherings when I’m not driving, I often have two or three books in tow, just in case I finish one. There is also a series of short mysteries or stories next to the passenger’s seat. This way, one of us can read aloud to others, in case the drive is longer than we thought or a traffic jam occurs.

Books are piled on my bedside stand, filling shelves in every room of the house. Those which have served the family well are waiting patiently in our Little Free Library for the next companion to discover them. This part, the sending books on to a new home, is a difficult task for me, as every book I have read is more than just a memory; it’s a friendship.

From as far back as I can recall, regardless of wherever I was in life or whatever was happening in my world, there were books. Like the people that pass through our personal corner of the planet, most I remember fondly, but only vaguely.

However, some are solidly planted in my mind, helping to remind me of the past like mental historic markers.

As a young child, we didn’t have much money, but my father told me I could have any book I promised to read, even if it wasn’t my birthday or Christmas. How could I say no to that? I memorized full stories from Dr. Seuss, sketched characters from Beatrix Potter, and become somewhat of an expert (in my opinion) on various interpretations of Grimm’s fairy tales. We lived with my grandmother, and our house was a little overcrowded. Escaping into those worlds was where I could get away from being the little kid of the house. I also amassed the hand-me-downs from my older brother, and so my personal library began.

Then, there was that moment of maturity for me when I read my first full chapter book on my own: Robert Lewis Stevenson’s Treasure Island. It was at the same time my parents let me walk down to the store several blocks away by myself for the first time, so I knew I was growing up. I loved pirate stories, and still do, but I think Treasure Island helped light the fuse on that cannon. Buried treasure! Adventure on the high seas, and that scary and exciting time when you learn Long John Silver’s real intentions while hiding in an apple barrel. This solo reading thing was for me.

Nothing lasts forever, but some book series were so intriguing I didn’t want to finish them. As an animal lover, I read James Herriot’s All Creatures Great and Small series as slow as I could, because I knew when I finally finished them all I would have to leave the rolling hills of the Yorkshire Dales of the ’30s and ’40s and return home to present day Texas. My hometown of El Paso is a wonderful, vibrant place, but the desert landscape was distinctly NOT British. Now, thanks partly to Herriot, I also have become fascinated in travel, history, and world cultures.

There are relationships that are strictly work- or school-related, and it was during one of these encounters that I developed my quiet little sense of rebellion. While the teacher had us reading Return of the Native (during our free-read reading time, no less), I would race through the allotted amount of pages we needed and sneak out my copy of Douglas Adams’s The Hitchhiker’s Guide to the Galaxy. I eventually got caught when the teacher caught me stifling a laugh. Return of the Native may be a classic, but it hardly produces belly laughs.

High school is also the time teens start really thinking about romance. Some of my friends were picking up those scorchy hot romance novels, and reading them behind their parents’ back. Not me. I was carrying on my first big fan crush between the pages of the “official movie novel adaptation” of Star Wars: The Empire Strikes Back by Donald F. Glut, and reading the infamous “scoundrel” make-out scene again and again, wishing I was Princess Leia. There were no DVDs or social media YouTube uploads of our favorite scenes at the time, so if I wanted to relive that romance with Han Solo, books were the way to do that.

When I graduated into college, having a library within walking distance from my dorm was like a dream come true, not to mention a wonderfully-stocked used book store and coffee shop. This was before the time Amazon and Barnes and Noble made book hunting admittedly easier (but less exciting). There is something about being “on your own” for the first time, adventuring through a sea of old books and finding old fragrant classic horror novels, Sherlock Holmes mysteries, or that odd Anne McCaffrey Dragons of Pern novel I had never seen before. What a feast, and I was in complete control of what I bought. There was also free coffee in the back.

By graduate school, I had become too busy with work and studies to get much casual reading time. It was a luxury to be able to sit and read a novel for fun. One day, when I finally had a Saturday to myself, I picked up Michael Crichton’s Jurassic Park in paperback at a gas station, locked myself in my little apartment, and read the entire thing in one day. I wish I could do that now.

Not long after my husband and I were married, we began seeing the covers for this young reader’s book called Harry Potter and the Sorcerer’s Stone by J.K. Rowling, and we gave it a try. This story relationship lasted until we were taking our own children to book release parties and named the family dog after Sirius Black.

Now, as a parent, I have noticed my children have their own relationships with books.

My oldest is turns 17 soon, and parents of teens want to make sure they are hanging out with a “good crowd.” When my daughter began binge reading a series called Skulduggery Pleasant by Derek Landy, insisting they are her favorites “much, much more than Harry Potter ever was,” I just had to know more about this new friend she was spending most of her time with. I will be reading this series soon from the beginning, but I fear I might become addicted to a noir-ish Irish skeleton detective myself.

I’m watching my nine-year-old go through the “BFF” (Book Friend Forever) stage of reading and re-reading favorite stories such as the Diary of a Wimpy Kid series by Jeff Kinney or The Unbeatable Squirrel Girl by Shannon Hale and Dean Hale. I’m happy she loves reading, but the trick is to encourage her to leave her little “clique” of favorites and make some new acquaintances.

I can hardly blame her, though. There are books I’ve read again and again. Don’t get me started on The Hobbit and Lord of the Rings trilogy by J.R.R. Tolkien, or I will bore you for hours. Neil Gaiman’s stories are others I go back to, and I made sure I reread his and Terry Pratchett’s Good Omens yet again before the miniseries arrives on Amazon Prime

There are so, so many others I can list, but everyone who visits the packed shelves of a fellow bookworm knows they will be going down that rabbit hole for some time. Best stop before that happens.

This week I have just finished a couple of books, and am ready to scale a few mountains of neglected comics with which I need to get reacquainted. Comics, by the way, are an entirely different path in my life that I don’t have room or time in this article to even start.

Yet, I’m always on the lookout for my next big book connection.

There is a familiar sentiment that one can never have too many friends, and I feel the same way about the books. No matter how many I have read, remembered, or even forgotten, there is always room for more.

‘The LEGO Batman Movie’: Don’t Lie to Yourself 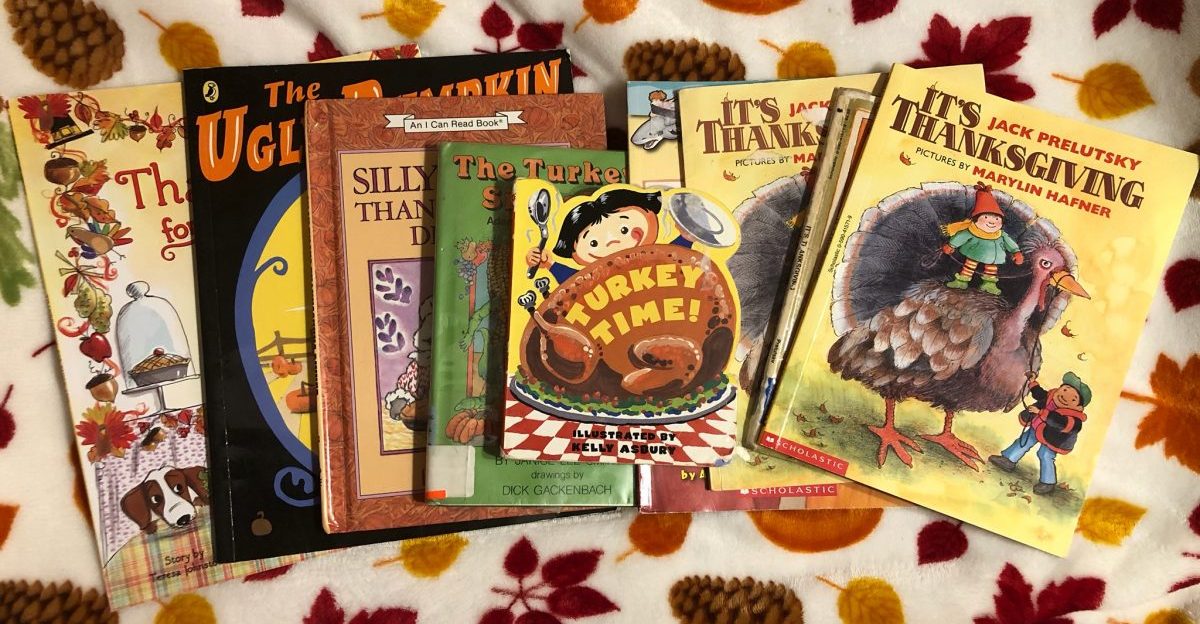