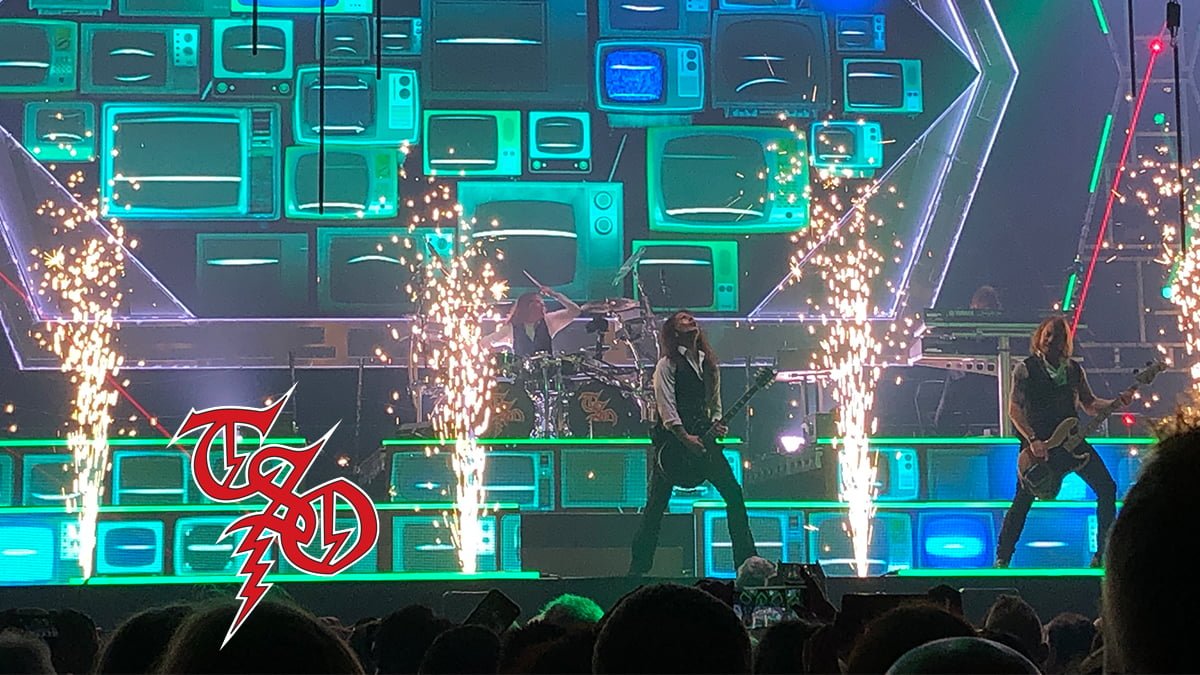 This year, I had the privilege to once again attend the Trans-Siberian Orchestra’s (TSO) winter concert tour at the Amway Center in Orlando, Florida.

Last year they brought down the house with all the pyro and stage tricks. This year was no exception.

Bragged to be the biggest and best show they’ve ever done, the show started off with a random song from a past album. After the warm-up, they go right into their Christmas music with this year’s featured album being Christmas Eve and Other Stories.

The narrator spun a tale of a man at a bar listening to a story told to him by another bar goer. Each song was followed by more story and it weaved together in a very nice cohesive package. Then again, I might be partial because Christmas Eve and Other Stories is my favorite TSO album.

Looking at the set, you wouldn’t think it’s much, but once they turned it on, oh my gosh. It got a bit “goofy” as guitarist Al Pitrelli put it. Pyro, fireworks, moving pieces, and a Tesla Coil set up in the back of the arena made for a spectacular show. It took 30 days to build the concert setup and it takes on average 6 hours for the crew to assemble it at each location. I will say that I missed the parts of the stage that would lift the performers up and hold them over the crowd, something that occurred in past shows, but they made up for it in other ways. A guitarist and the electric violinist both went into the crowds during the grand finale and worked their magic.

Just like last year, there was a touching tribute to their founder Paul O’Neal, who passed away three years ago from complications of chronic illness. They told a story of a lost song he had written that they were happy to play for us that night. We also learned that they are working on new material to be released at a later time.

In the spirit of the holiday, $1 of every ticket went to a local charity and this year it was Baby DJ, an organization that helps Central Florida families through tough times. This year, the check was made out for a grand total of $$7,407. Hopefully, that buys a lot of Christmas presents for underprivileged kids this holiday season.

Overall, it was a wonderful way to spent two and a half hours with my family.

The tour is not over yet! Check out TSO’s website for the remaining tour dates and see if you can catch them in a city near you.