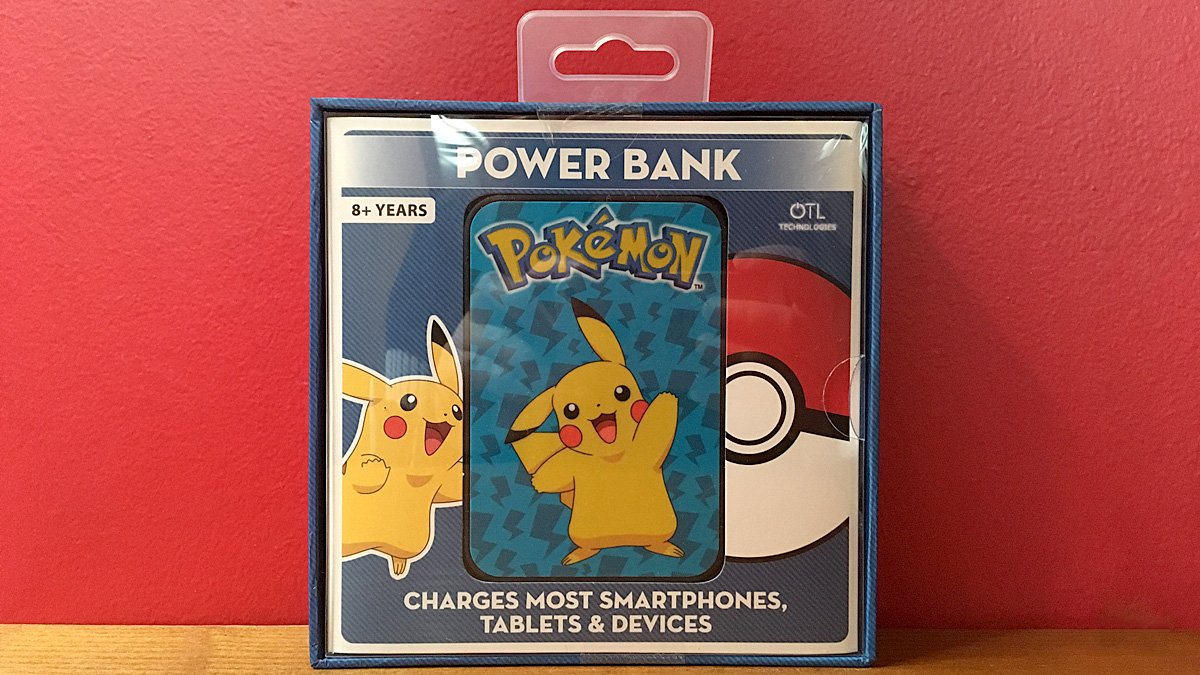 What Are Power Banks?

Power banks are portable, rechargeable battery packs that you can power up at home to provide you with additional battery life for your devices when you’re out and about. They range from small, light packs that will give you a single recharge, to larger (and far heavier) packs that can keep you going for days. We were sent a Pokemon-themed power bank by OTL technologies to try out, which I compared with my pre-existing Anker power bank.

Why Do You Need a Power Bank?

Unlike in the early days of mobile phones when you could rely on your Nokia 3210 to last you multiple days between charges, today’s power-hungry phones and apps mean that you often find yourself in need of a recharge within just a few hours of unplugging. That’s fine when you’re at home, or even in your car with a charging cable, but it’s a problem when you’re out and about. This is particularly important if you’re out at night and relying on your phone to order an Uber, check train times, or simply keep you in touch with others for security reasons.

Additionally, on-the-go gaming has been popular ever since Pokemon Go launched in 2016, and while that game still has legions of devoted fans (despite its problems), the forthcoming launch of Harry Potter: Wizards Unite promises another huge surge of gamers taking to the streets. There’s nothing worse than your phone running out of battery mid-raid, and the improved game engines of these on-the-go games are draining power at an ever-increasing rate. Portable consoles like the Nintendo Switch also use significant amounts of power when out and about, and some companies are now producing licensed power banks optimized for the Switch.

Power banks are rated in units of mAh (milliamp hours), which is a standard battery rating. A very small power bank begins at around 2,600mAh while the largest, industrial sized ones can rank up to 120,000mAh. As a general rule, a 2,600mAh power bank will charge an iPhone completely from 0% to 100% and may give you a little extra juice on top, although not much.

Power banks generally use Micro-USB to charge themselves (all the models I mention here come with a Micro-USB cable included), which is the same type of cable you almost certainly have lying around from a cell phone or Kindle, and all have USB ports for charging other devices which makes them almost universally compatible.

What Type of Power Bank Should I Buy?

This will depend on a number of factors but will mostly come down to how many charges you will need to eke out between powering the bank up from mains electricity, how many devices you need to charge at once from the power bank, how important the device’s weight and size is, and cost. The more charge your power bank holds, the more expensive, large, and heavy it will be.

The Pikachu power bank we received from OTL technologies was rated at 5,000mAh and was able to keep my son’s phone running for a full afternoon of Pokemon Go (including the phone’s initial full charge). It has a single USB port on it but is exceptionally light and small. It weighs in at just 102g and measures 9.25cm x 6.25cm with a depth of 1.25cm. This means it fits securely inside my nine-year-old son’s pockets when he is out playing Pokemon Go.

For comparison, my Anker power bank is a 20,100mAh device. It weighs in at a hefty 361g (trust me, you feel that extra weight in your purse at the end of the day) and measures 16.5cm x 6cm with a depth of 2cm, which means it barely fits in my pockets, let alone my son’s. However, the larger power bank means it is capable of charging two devices at once (very useful during long days at Disneyland Paris last summer when my husband and I would recharge during meals because we were using our phones frequently to check wait times), and it will usually last several days between needing to be topped up, keeping our phones running for a long time if need be.

If you are looking for a small power bank for your child, then I would highly recommend an OTL power bank. It is small and easy to carry around, even for a kid out riding his bike who won’t want to be carrying a bag just for a spare charger, and the range of designs available make it far more fun than the admittedly boring all-black larger chargers on the market. OTL’s range currently includes several Pokemon designs and a number of DC Comics designs including Batman, Wonder Woman, Superman, and Harley Quinn. I really hope to see some Harry Potter designs added to this line up soon ready for Wizards Unite, especially given that OTL already holds the Potter license for headphones.

On the other hand, for an adult looking after a powerful device capable of keeping their phone (and possibly other devices such as tablets and kindles) charged during heavy use, I would suggest looking at a larger mAh power bank such as my Anker model.

As a general rule, no, however, there have been rare cases of power banks exploding. I recently came across some videos on TikTok from a British teenager whose power bank exploded while she used it on her bed, causing her duvet to catch fire. While these are one-in-a-blue moon events, I would always advise you to buy power banks from reputable brands like OTL or Anker and avoid buying cheap devices from sites like Wish where you will know far less about the manufacturing process. It’s also worth remembering that these are electronic devices, so encourage kids using them to follow basic safety rules such as keeping them well away from water and not allowing them to overheat.

Timelooper: The App That Turns Your Phone Into a Time Machine 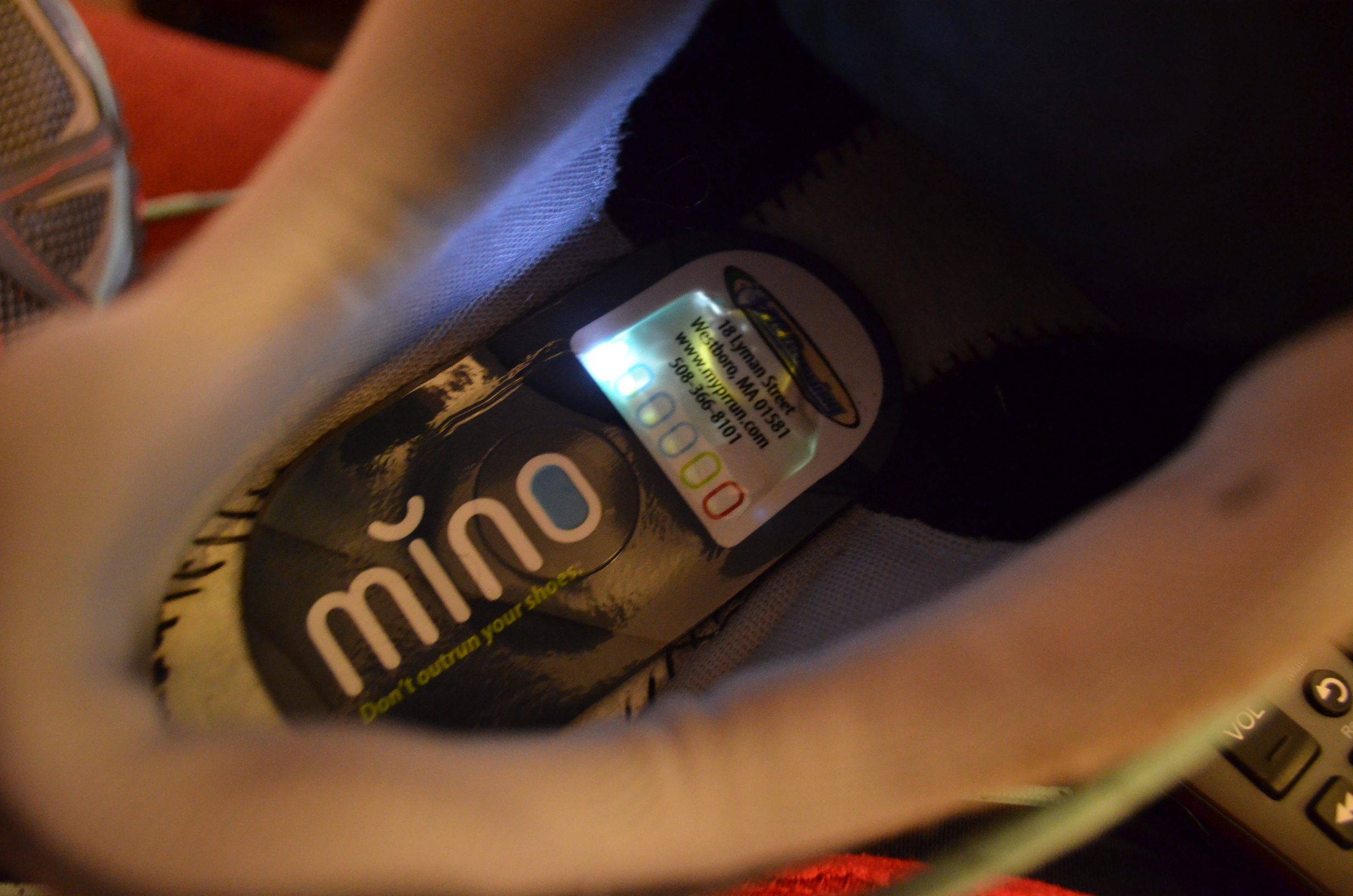 The mino™: “Don’t Outrun Your Shoes” 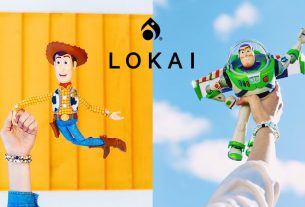