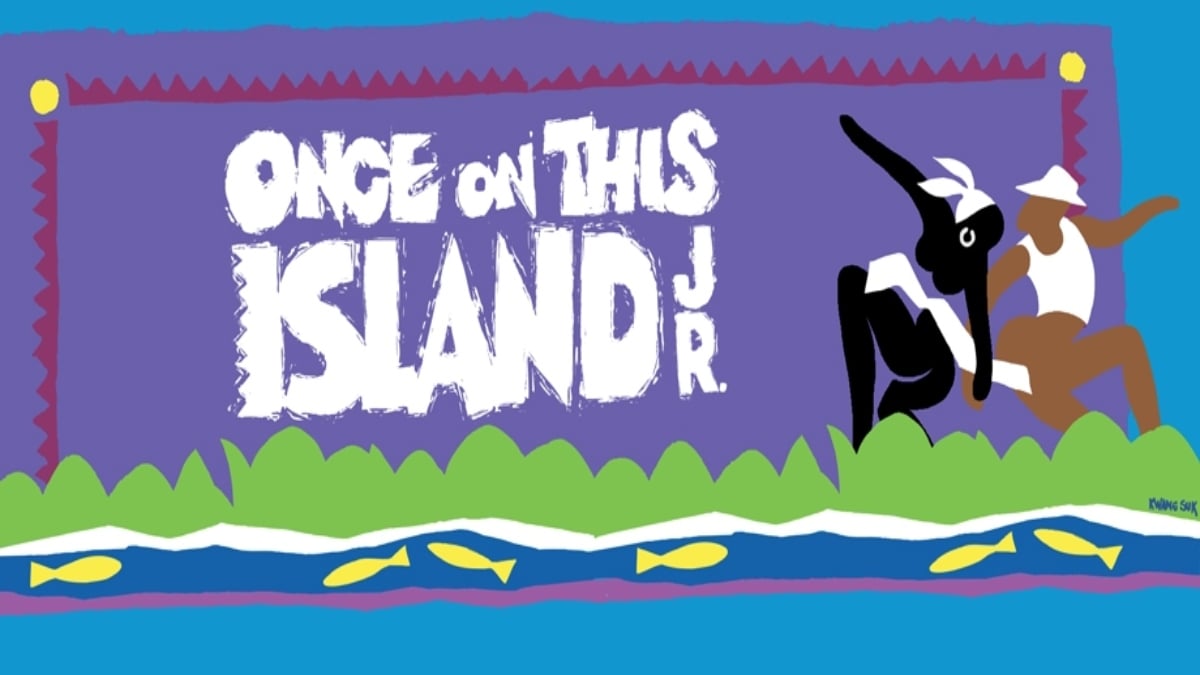 The arts, particularly theater, provide children with a way to learn about people and lives different from their own. In a world that needs empathy, theater provides an entry point for children. However, as adults, we also need to be purposeful about the way in which we make decisions and how we position those choices for our children. As part of that, productions like Once on This Island, Jr. can either be positive or negative, depending on the way in which the adults involved define, cast, and present the shows.

What Is Once on This Island?

Once on This Island is a musical set on a Caribbean island, a retelling of the original Little Mermaid story. Unlike the Disney-fied version, the original Hans Christian Anderson tale leaves the mermaid bereft, alone, and pretty much dead.

Once on This Island tells a similar story of love and loss. Yet baked into this is also a theme of racial and financial inequality. Based on the novel, My Love, My Love, by Rosa Guy, it tells the story of Ti Moune, a young peasant girl who falls in love with the son of a wealthy plantation owner. Leaving her family, she follows him. However, despite his promises, he leaves her for his equally wealthy, and light skinned, betrothed.

The narrative focuses specifically on racial inequalities that lead to poverty for many of the island’s darker skinned population. For example, in “The Sad Tale of the Beauxhommes” the lyrics state:

Blacks fought against French
And the hated Napoleon
They fought for their island
And finally won
…
They despise us for our blackness
It reminds them where they’re from
The sad, sad tale
Of the Beauxhomme!

What Is Once on This Island, Jr.?

Once on This Island, Jr. is a condensed version of the original musical intended to be used by schools in their theater programs. The website describes Once on This Island, Jr. as “rousing Calypso-flavored tale.” Calypso music is specifically defined as a “type of folk song primarily from Trinidad though sung elsewhere in the southern and eastern Caribbean islands.”

Unfortunately, the story removes race entirely from its narrative, choosing to focus on poverty only.

In some respects, the concept is admirable. As the show’s setting is a Caribbean island, it provides schools a way to boost Black actors and actresses who often find themselves left out of choice roles since they do not “match” the original characters.

In other ways, this production is problematic. For school districts whose populations are white, a production that is not done purposefully opens the door to cultural appropriation, using culture as a costume, furthering harmful colonialist narratives, and reinforcing the implicit bias inherent in institutionalized racism.

The novel and the original musical are inherently, intrinsically, race-based narratives. They are Black stories. They should be told and performed based in Blackness.

Why Should I Care About Once on This Island, Jr.?

As a white woman, I recognize the need to promote and boost marginalized voices. Moreover, I recognize that as a woman who holds a privileged position in society, I need to be purposeful in my thoughts, deeds, and actions.

According to Ralph Waldo Emerson, we should strive “[t]o leave the world a bit better, whether by a healthy child, a garden patch, or a redeemed social condition; to know that even one life has breathed easier because you have lived – that is to have succeeded.” As parents, we are responsible for the next generation. We are not, ourselves, going to make the world a better place. We will make it a better place by making our children better than we are.

Thus, parents and school administrators need to be held accountable and be purposeful when producing school theater productions. We cannot expect the children to know better; we need to teach them better.

What Questions Should We Ask About Once on This Island Jr. School Productions?

As parents, particularly white parents, we need to make sure that we take responsibility for changing the narratives and boosting the voices who have often been removed from our history.

For parents whose schools choose to perform this bastardized version of a socially important play, we need to hold those making the decisions accountable. If we live in predominantly white school systems, we need to hold them accountable for maintaining the spirit and purpose of this show.

We need to ask:

If school administrators choose to cast white children in these Black roles, we white parents need to stand up and take action.

As (a fictional version of) Thomas Jefferson said in Hamilton: The Musical, “I’m in the cabinet, I am complicit in watching him grabbin’ at power and kiss it if Washington isn’t gon’ to listen to disciplined dissidents.” We parents are the Cabinet. We need to stop being complicit in watching our people grab power and become disciplined dissidents. We need to get this implicit bias and institutionalized racism out.

What Questions Should We Ask About Casting Once on This Island, Jr.?

This production can be used positively. I don’t want to sound as though I’m dismissing it entirely. I understand that not all parents are willing to discuss race, or perhaps, some of us don’t know how to discuss race.

In fact, while I have issues with the removal of race from the junior version, I do feel that schools can use this to boost marginalized children if cast appropriately.

As parents, specifically as white parents, we need to hold the schools and administrators accountable by asking the difficult questions when they choose to continue the production of a Black narrative using white children.

We need to ask:

We need to hold our white schools accountable and not accept simplistic answers. We need to make sure that we promote purposeful, socially important, and responsible uses of Once on This Island, Jr.

How to Use Once on This Island, Jr. to Start Important Conversations

White parents often think that by ignoring race, we create equality. “I’m color blind,” we say. “I don’t see race. I see people,” we say. “But, I have Black friends so I can’t be racist,” we say.

However, our Black friends live in a world defined by the color of their skin. They do not have the opportunity to ignore race. They are judged on it daily.

We, however, have the power to change that. We need to have the important conversations with our children. We need to stand up and say, “This is enough. I see race. I see that my friends who are Black, Latinx, Asian, Muslim, and Jewish are treated differently than I am. I cannot let this stand.”

White parents need to take responsibility for the way in which we are complicit in institutionalized racism.

This is a problem. A big problem.

Release Your Inner Robot With ‘The Robot Factory’