In this chapter, Joan and Gregor grow closer, physically and emotionally, but Gregor, as is does, is hiding a few secrets of his own. It also contains one of my favorite lines of Joan snark: “Are you telling me you have put a spell on me, Gregor?” (I always read that to myself in Emily Blunt’s dry voice.)

There was a low noise, not quite a sigh, which Joan was not certain had come from her or from him. Ah, she was a fool. She had momentarily forgotten she was a puzzle to Gregor Sherringford, not a person. It was past time to leave here.

But he was so close, so enticing. He put his hand over hers, drew it away from his cheek and kissed the back of it. Her vision wavered.

He held her hand against his chest. She dared move forward and put her hand on his shoulder.

For a moment, they stayed frozen, locked in some silent understanding. Then she felt the touch of his lips against her hair. She sighed. He cupped her face in his hands and brought it up to meet his gaze.

“Joan,” he said, and her name sounded like a plea.

“Gregor,” she answered, her voice cracked and broken.

He moaned, and he parted her lips with his tongue. What had started as a soft kiss spiraled decidedly out of control. She clung to him, kissing back as best she knew, her little experience with kisses inadequate to answer this craving inside her.

But if she was confused as to logistics, Gregor knew exactly what he was doing, tasting her lips and mouth just so. Her hands curled into fists as they clutched his shoulders. When his fingertips caressed her neck, she shuddered, crying out at the incredible sensation that coursed through her, as heady as the mage power and definitely more overwhelming. The mage power had drained her. This energized her.

He drew back but kept his arms on her shoulders. She could not let go of him, either. Her hands were curled in his shirt.

He did not finish his sentence.

“You are more intoxicating than mage power, sir,” she said.

“Gregor. My name is Gregor.”

He smiled. Not his thin smile, but rather one of warmth. One of his carefully brushed curls had fallen in front of his forehead, giving him a disheveled look. She suspected she was not perfectly groomed either. There had not been time to do up her hair before they’d left her room.

He cleared his throat. “Joan, you cannot marry Milverton.”

“I already knew that.” She took a deep breath. “Just what are you proposing, Gregor?” She liked saying his name.

He stood. She stared, watching the transformation from disheveled lover to impassive detective play over his face. His mouth tightened, his back straightened and the smile disappeared.

“You would be a waste as Milverton’s wife. He is playing with an inferno, though he doubtless knows not the danger. Or he does not care. He will keep you untrained and under his thumb.” He clasped his hands behind his back. “This rather complicates matters.”

“This? You mean our embrace? Our kiss? Our passion?” She stood and squared her shoulders. As a proclamation of love, desire, or even concern, his words lacked any hint of feelings. Damn him. How could he appear so unaffected? “Pray elaborate on how our kiss complicates matters.”

He turned that warm smile on her again and she nearly melted.

They stared at each other. And just as quickly, he was a stranger again.

“I don’t understand how you can switch from what we shared to this—” She had no idea what to call it.

“I have the means to protect myself, as you yourself just said. You seemed pleased at the time.”

“I’m not talking about danger from outside. I am speaking of danger to your person. From me.”

“I didn’t ask for protection from that quarter. I, after all, kissed you.”

His smile was sardonic. “Perhaps I am the one who needs protection.”

“Yes, I am using you to ruin myself so Sir August Milverton will not have me. That was my brilliant secret plan when I kissed you.” She set her jaw. “I may be new at this, but I know enough to realize that your words are not what should be expected from someone who shared what we just shared.”

“I may be a gentleman by birth, but, as you may have noticed, I’m not one in practice.”

She suddenly wished him vanished into that void of his. “Your manner is unacceptable. If you kissed me with any affection, now is the time to speak of it.”

“I have never been good at words of affection.”

“You certainly know how to show affection.”

He laughed, stepped forward and took her hands. “Well. Give me time to realize that I’ve stepped over a threshold of my own, Joan.” He brushed a hair back from her cheek. Her face grew hot.

She swallowed hard. She had confused him. She would have preferred to have affection, but having discomfited him was some consolation. “So what is next then, Gregor?”

“Before we can sort out what is between us, I must solve your case. We must uncover the person in your household who is creating spells that turn your clothing into murder weapons.”

“You’re sure it’s someone in my household?”

“Yes, and so are you. You well know it is the only theory right now that fits the facts. Spells were placed on two pieces of clothing from your business, the gloves and the scarf. Probably three, but I don’t have the cravat to examine. No matter. The culprit resides at Krieger & Sims. That there is something kept under magic lock and key in your father’s office only confirms that.” He cupped her face in his hands. “Stay here for one moment. There is something I need to give you before you leave.”

He left the room, and she took the opportunity to study the damage to his favorite sitting chair. The cushions had burned up, and the wood was scorched and discolored. She was capable of that kind of destruction. Sir August’s assertion that she could become a murder suspect if the authorities knew of her mage gift seemed far more possible now. She could kill people this way. With intention.

Sherringford…no, Gregor returned with an oversize pocket watch. He flicked the watch open to reveal not a watch but an empty chamber adorned with an unusual jade-colored six-petaled metal flower.

“Hand me your pendant,” he said.

She closed her fingers around her grandmother’s gift. “Not unless you tell me why.”

He narrowed his gaze as if angry, but just as quickly that emotion was gone. “Ah yes, I have gotten into the bad habit of giving orders.” He set the false watch in her hand. “This is a case for your pendant. Please put it inside and tell me what you feel.”

She brought the case closer to have a better look at it. The jade flower petals each had a small gold symbol inscribed on them. “This is beautiful work.”

“Thank you. Mine is also a family heirloom.”

As such, likely of great value, she thought. She slipped the pendant off, placed it inside the case, chain and all, and shut the case tight.

The case warmed her hand but not unpleasantly so. Instead, a soothing aura seemed to emanate from it. “I feel peace,” she said.

This time, curiosity won out and she did as ordered. He walked around her, intent. She crossed her arms over her chest, determined to pretend she didn’t notice the scrutiny. Of course, the heat she felt creeping up her face might give her away.

“What was that about?”

“Your pendant focuses your ability. This necklace will hide those abilities from anyone prying.”

She put her hands on her hips. “Are you telling me you have put a spell on me, Gregor?”

There was that thin, satisfied smile again. “Not quite. The spell is on my case. As I said earlier, I’m what you would call an anti-mage. I block mage abilities. This case focuses my ability.”

“You have blocked my gift?”

“Nothing so drastic. I have only blocked others from seeing it.”

“In other words, you have concealed it, as you concealed us under the desk.”

“Taking off your ancestor’s pendant would accomplish the same thing. It would hide you. But that would also lessen your ability to access your mage gift. You’re not safe with what is happening in your household. Now you can wear the pendant unseen and no one will be the wiser.”

“As long as I wear the pendant inside the case.”

He nodded. She looked down at it. “The chain is rather long. I hope it doesn’t get caught in my sewing machine or thread. I would hate to damage your heirloom. What is this flower?”

“A lotus. It’s a Tibetan symbol for peace.”

“I certainly could use some of that.” Tibetan. Another sign of Gregor’s non-English heritage. She took a deep breath. “Thank you. Now what?”

“Now I do something very nonmagical and trace the background of all those who work at Krieger & Sims. It is a very human way to investigate but it has its rewards.”

“And what do I do while you are investigating? The clock is ticking down on my marriage.”

“We have a few days yet.” He took her by the shoulders. “I’m not putting you off, Joan. Investigations take time, and I cannot pull the authorities into this without proof. They might latch on to you as a suspect and that must not be allowed. Ever.” He kissed her lips softly, and so quickly she didn’t have time to kiss him back. “And for God’s sake, be wary. Something very powerful is at work.” 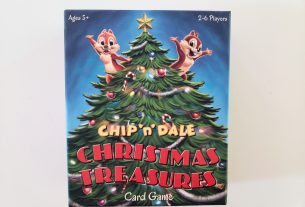 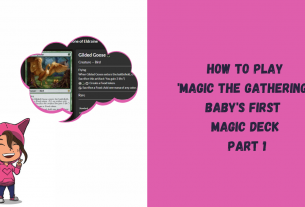