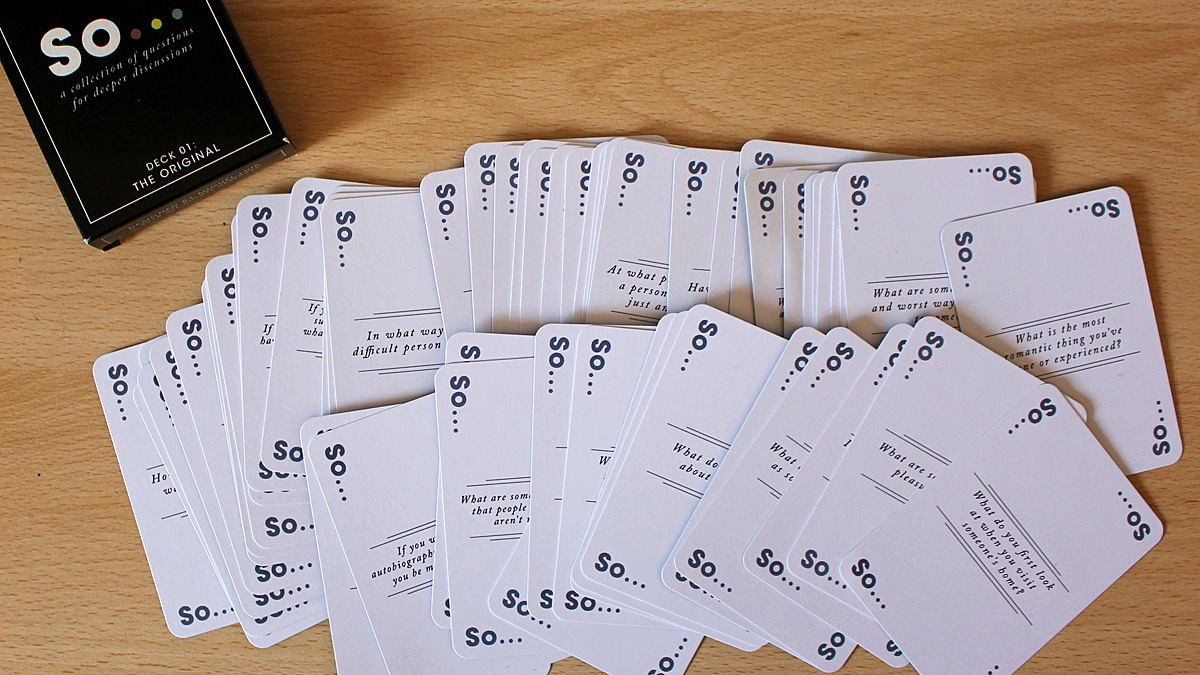 What Is So Cards?

So Cards is a deck of cards that act as conversation starters, encouraging deeper discussions between you and your friends.

The So Cards deck contains 52 cards, each with one question printed on it. There’s also a card that lists the principles of the game, (“take your time,” “be present,” “listen”) and another that lists five different ways to play. That’s it. It’s small and compact, just like a standard deck of playing cards, and it will fit in your purse or your pocket so it can go anywhere with you.

How Do You Play So Cards?

Draw a card, read it out loud to the group, and take turns answering. It’s about as simple as it gets.

The questions in So Cards are designed to encourage discussion, debate, and revelation. You will learn things about your friends when playing this game; it’s impossible not to. Some of the questions could be considered controversial, or at least prompt controversial answers, so be prepared that you might just learn something unpleasant about someone you thought you knew, but the vast majority are more light-hearted questions that will prompt much deeper answers than the usual small talk.

Why Should You Play So Cards?

So Cards bills itself as a game that encourages “authentic human connection.” I can’t say whether that’s accurate or not, but it certainly does encourage conversation.

I took a deck along to my monthly book club, which always dissolves into a variety of random topics once the book of the month has been thoroughly discussed. We didn’t get through many of the cards, but that’s not the point. The point is to learn something about the people around you and we all did. The first question we picked out, “If you had enough money for one of these, would you rather travel the world for a year or buy a decent house and car?” not only showed us where our priorities lay and how our attitudes toward personal finance differed, but soon had people discussing their dream holidays, trips they took in the past, and much more, while “What are some of the worst ways and places in which someone can end a relationship?” had people sharing the worst breakups they and their friends had suffered.

Some of the other questions were less successful at promoting discussion. “What usually are your first thoughts in the morning?” had everyone comparing how many times they hit their snooze button—although even this less “deep” question soon had people discussing their past, such as how a night owl amongst us had coped during basic training in the armed forces! One question in particular, “What would you remove from your country to make it a better place?” did lead to a conversation that made people noticeably uncomfortable, but the subject was quickly and easily changed (another benefit of the game) and it’s worth considering whether those types of uncomfortable conversations are, in fact, the ones we need to be having more of instead of shying away from.

While So Cards did prompt plenty of conversation, it has to be said that none of it felt organic at the start. It often took a while for people to really get talking, and the conversations were still dominated by the same people who would normally have led the chatter anyway, with the quieter folk generally staying so. This is not a game that will cause introverts to suddenly start sharing their life histories with everyone who will listen, but it will help to give people a subject that they will have their own thoughts and opinions on should they wish to share them.

So Cards is available to back on Kickstarter now at just $13 for a single deck, and more decks are planned if the game fully funds. This is an interesting, eye-opening deck of cards with far more interesting questions than the usual ice-breaker card decks you might have seen around. Take them to weddings, family reunions, book clubs, and more. Just be prepared to learn a lot, both good and bad, about the people around you. 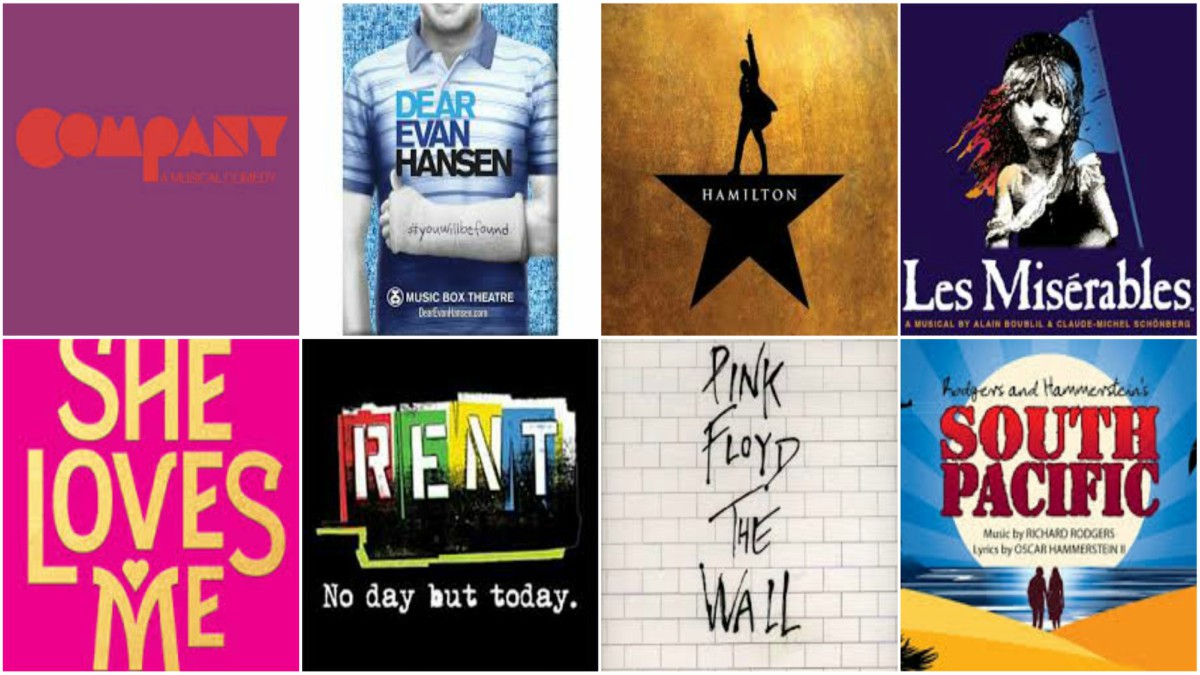