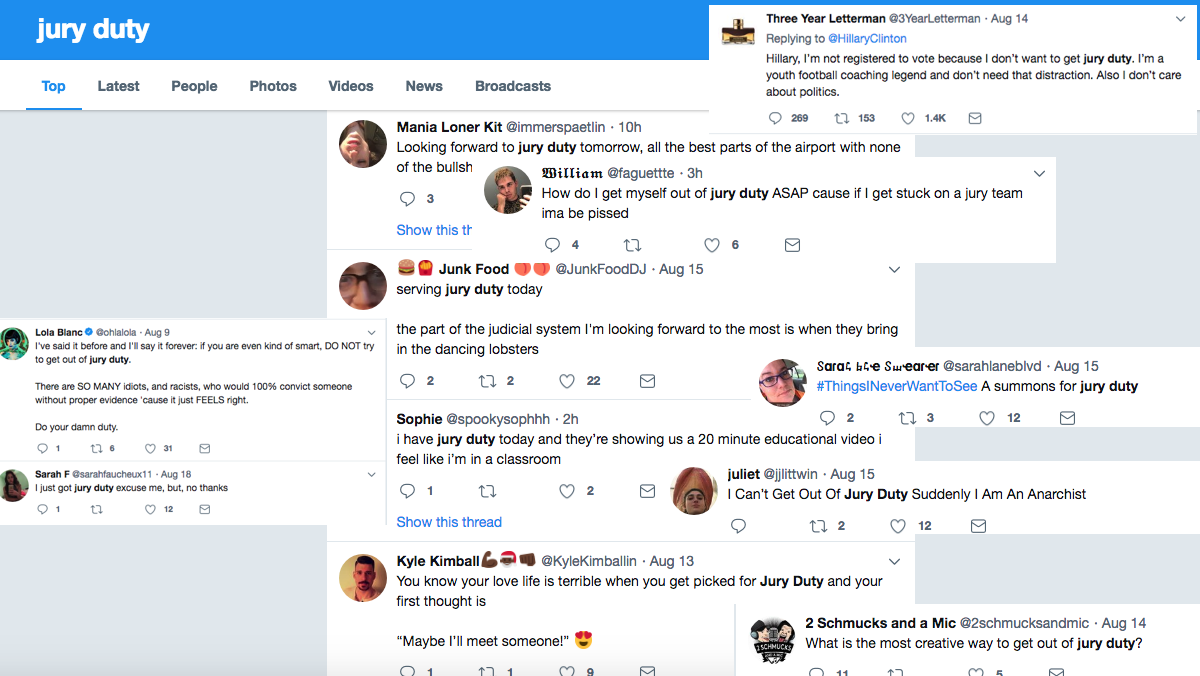 I learned recently (while serving jury duty, in fact) that many people don’t bother voting, or even registering to vote, because they don’t want to get called for jury duty. While jury duty can be a hassle and an outright impossible burden for some people, it seems an odd motivation for not exercising your right to vote. Besides that, it’s an outdated myth. So here’s a list of other things that take more time and are even more inconvenient (yet much more common) than jury duty.

I’ve been voting for over twenty-five years (I’m rounding down to twenty for easier math, not to hide my age). In those “twenty” years, I’ve been called for jury duty twice, and have only served once (was summoned in St. Louis for the very week that I was moving out of state). That’s really not a lot of time out of my life. Let’s say I served both times I called, for three days apiece. That would be three days every ten years. At a commitment of eight hours a day (which includes two hours off for lunch), we’re talking a whopping twenty-four hours over the course of a decade, and that’s if I count both times that I was called to serve. In reality, I spent twenty-four hours over almost thirty years in jury duty, but let’s stick with the original 24 hours every 10 years figure.

So, if you feel like you don’t have time to serve on jury duty, think again. To put it into context, here are a few tasks that take more than 24 seconds a day:

I’ll let you come up with your own list of just how many chunks of twelve minutes a month you waste, how you have 2.4 hours a year to spare, and how, beyond that, you likely have the equivalent of three days every ten years that you could spare to help keep the democratic process running by applying your finely honed critical thinking skills toward determining someone’s guilt or innocence. All for the privilege of casting your vote to help shape this democracy. So if you want to justify not voting, it’s time to find another excuse.

Great Pumpkins! Mazes and Jack-O-Lanterns and Patches, Oh My…