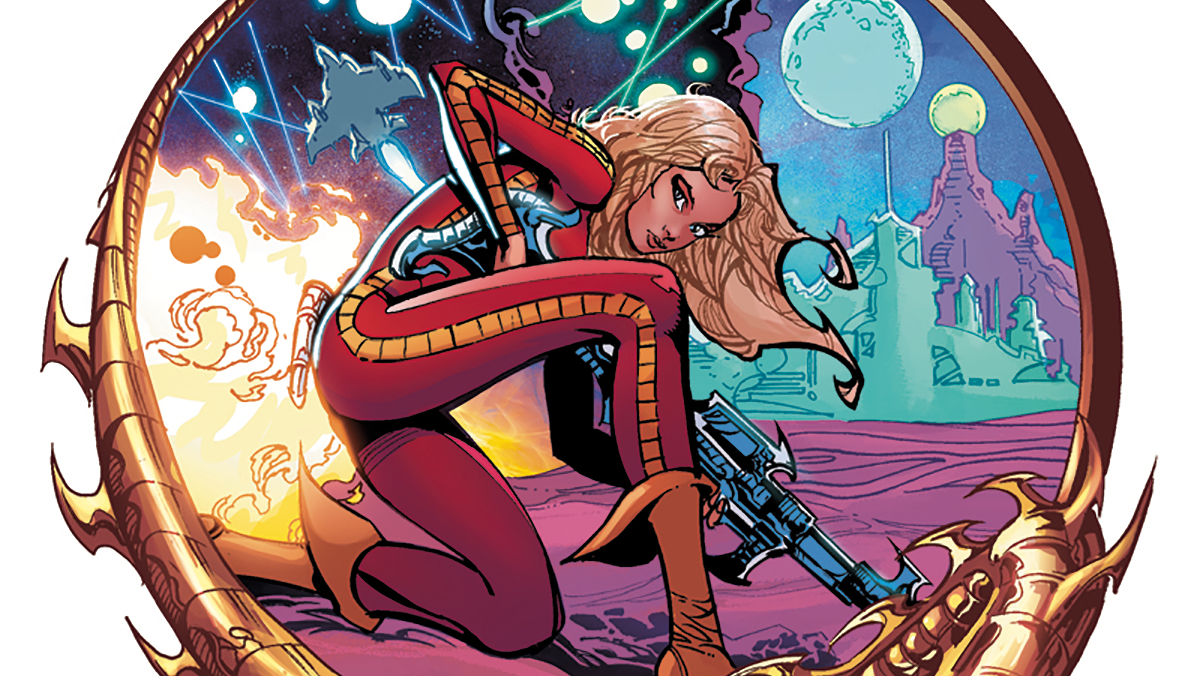 The 1968 cult film Barbarella championed free love while showcasing as much of a very young Jane Fonda’s body as possible, and the original French comic series it was based on was even more explicit. Both were artifacts of their time in the 20th century. So when Dynamite recently brought out a new Barbarella comic series bearing a “Mature” warning label, I was a little afraid of what I would find inside; would it be wince-worthy in this #metoo era?

Answer: It’s much better than I thought it would be.

Warning: some spoilers below in this review.

Written by Lucifer’s Mike Carey with art by Kenan Yarar, the first issue intertwines cinematic nostalgia with a story that feels very modern. Barbarella’s ship appears after a battle between Terran automated ships and a Parosian fleet, where religion powers all of society, especially war. Her ship is brought aboard, and she is scanned for contraband. Although Barbarella insists she isn’t carrying anything illegal, the religious zealots disagree: she has an intact reproductive system, a crime on a planet where desire and sex is banned. All babies are made by the government-owned DNA clinics and body looms. She’s convicted in a Parosian court, and sentenced to have her offending womb removed by a body loom technician.

“You know I didn’t give my consent to this procedure?” she asks the tech. “Your consent is not required,” he replies, a chilling bit of dialogue echoing many of the challenges women face today.

After the body loom, she’s sent to a women’s prison, where Barbarella and another woman show the others that desire isn’t downstairs, it’s all upstairs in your head. Reinforcing that thought is a bit of contraband passed around in secret: a steamy romance novel.

After the prison ward-wide sexytimes, Barbarella and her new lover Jury break out; Jury is a Terran secret agent on a mission to stop the war, and she’s slightly hampered by Barbarella’s insistence on not killing any creature as they go, even robots.

As the series’ story arc progresses in issues 2 and 3, Barbarella and Jury travel through Parosian society; the people are repressed, sickly, and clinging to their religion without hope. They also realize that Jury’s Earth spy ring contact is no hero. The contact’s idea of stopping the war is destroying the DNA stations, creating an extinction event. He’s also a douchebag, doubting Barbarella and Jury’s considerable skills at every turn, mansplaining every part of the plan to them, and even telling Barbarella to smile.

Clever writing by Carey, because by that part, I was ready for the dude to face some consequences. And he does, along with his robot servant who has fallen in love with him. His plan fails, however, when Parosia realizes it’s better to have followers than empty glory, and their society has to re-learn how to make babies the old-fashioned way. Jury stays on the planet to create copies and distribute the guide she has on hand: the romance novel.

I loved that twist because it gave the romance genre its due.

This title does earn its’ “Mature” label with nudity and brief displays of sexuality, but I was very glad to see Carey fleshing out (pardon the pun) Barbarella as a real character with agency. She does what she wants, loves who she wants, makes her own decisions and has her own moral compass. She rescues herself and doesn’t wait around for someone else to do it.

Also, Kenan Yarar’s art is subtle and amazing. As the bad guys and the supposedly good guys work their way through worse deeds, Yarar depicts them harshly, with the colors growing ever darker. In lighter, calmer moments, the comic harkens back to a colorful, fun echo of the Technicolor 1960s style.

Overall, this incarnation is a win. Barbarella is a bright, splashy sci-fi adventure with some sly satire in the mix. It seems that, for this new age, Barbarella is in good hands. 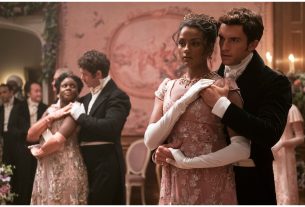 Seven Things I Can’t Wait for in ‘Bridgerton’ Season Two 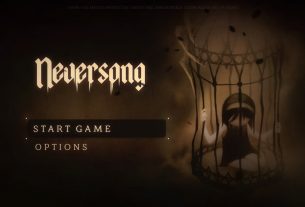 ‘Neversong’: A Psychological Adventure Game About Loss and Hope

1 thought on “Dynamite Brings Back a Stronger ‘Barbarella’”