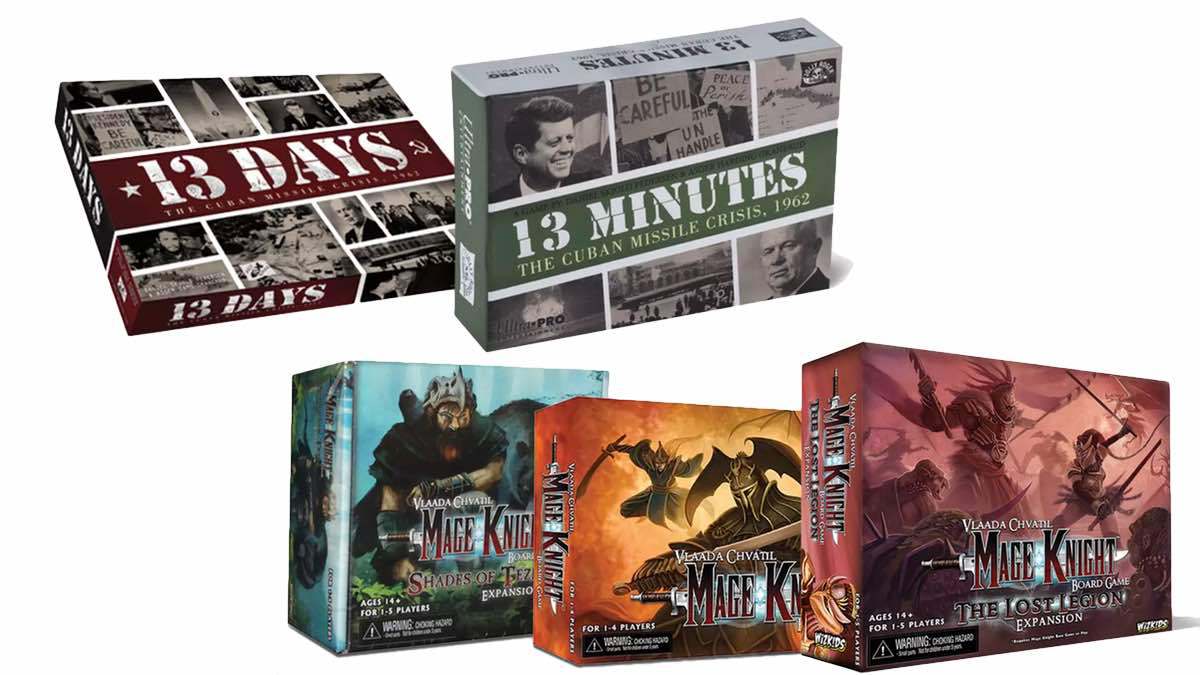 Geek Daily Deals – it’s Game Bundle Sunday! Get the taut two-player historical card games 13 Days and 13 Minutes – both about the Cuban Missile Crisis. Or pick up the huge Mage Knight with two of its expansions and explore adventure in an amazing fantasy world.

Two two-player games for the price of one!

In the 1960s the world was hanging by a thread. Enemy leaders threatened each other to create nuclear destruction, the likes of which the planet had never seen. 13 Days: The Cuban Missile Crisis is a game set in the 1962 standoff between the US and the Soviet Union. See how well you can balance the temptations of prestige and the perils of world destruction as the events unfold over arguably the scariest 13 days in American history. Play as Kennedy or Kruschev in an attempt to come out of the conflict the more potent superpower. Also included is 13 Minutes: The Cuban Missile Crisis. A smaller version of the game, it takes just 13 minutes to play. Each card you play creates a new battleground, so the world map is always in flux. Both games are rich with history, yet approachable for players with no knowledge of the crisis.

All orders will be shipped by the vendor. Estimated ship date is Mar 30, 2018 PT.

Get both games together for just $27!

One massive game and two of its massive expansions, all together, saving you at least 10% over anywhere else.

In the world of the Atlantean Empire, powerful Mage Knights battle marauding enemies and control armies in service to the mysterious Void Council. In this gorgeous board game from WizKids, take on the role of one of these powerful Mage Knights and experience a realm full of conquest, intrigue, and exploration. In this game, players control armies, build reputation, and choose how they want to rule. Choose what quests to go after, what kind of reputation to spread, and whether you want to be feared or loved—anything goes. Drawing from aspects of RPG, deckbuilding, and board game mechanics, Mage Knight is an open-ended game with a unique world.

SUPPORT US WITH YOUR ONLINE SHOPPING

If you’d like to help GeekDad & GeekMom out, use this link for any shopping you do on Amazon.com. When you do, we’ll receive a small affiliate bonus that’ll really help keep the site running! 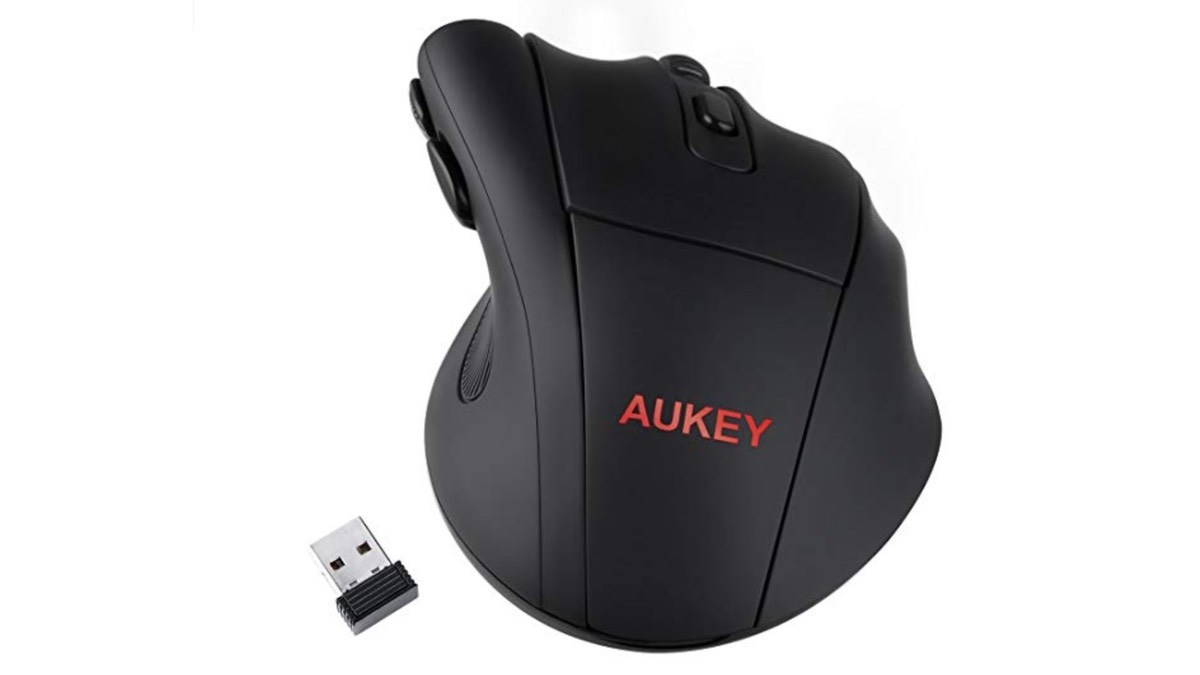 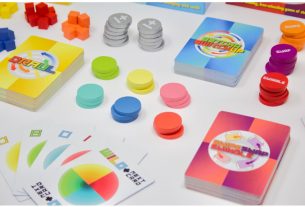 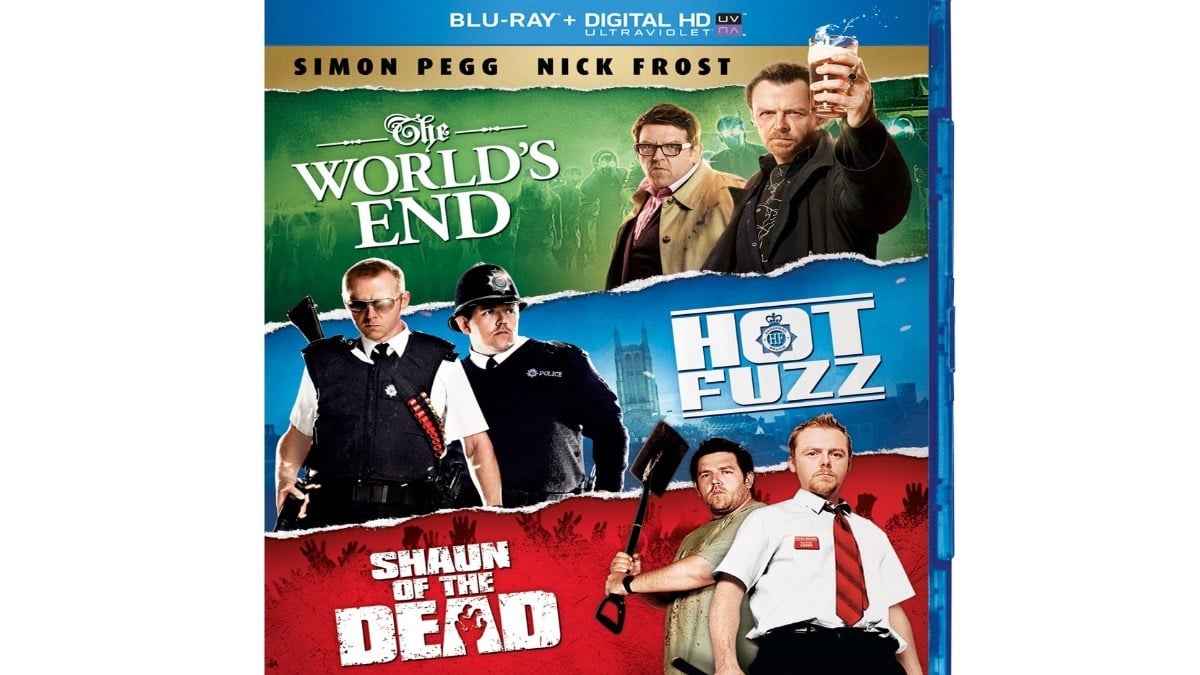