This weekend I keep seeing my online acquaintances posting, “I’d better get offline until I can finally see The Last Jedi on Sunday!”—give or take a few days. They’re not Star Wars fanatics—the ones that live and breathe it—just your average everyday fan. Like me. I confess to not knowing the names of every ancillary character, and I’ve never read a Star Wars novel, and I’d probably fail a Star Wars trivia game, but still, I seriously love Star Wars. It’s been important to me since before I even cared about it.

And yet I’ve resigned myself—no, I’m perfectly content to wait—to see The Last Jedi in a couple of weeks. That’s what I do with December movies. See them when we finally get an anniversary date night.

Geez, all you people panicking you won’t see The Last Jedi this weekend as if you DON’T traditionally always wait until the 27th for your annual December Blockbuster Movie Date.

December—late December—is my husband-and-my’s anniversary month. Our first date was on December 18.* Three years and almost a week later, he proposed in front of the crowd at my parents’ annual Christmas Eve house party. One year and three days later, we were married.

Having an anniversary so close on the heels of a major gift-giving holiday makes the thought of giving physical anniversary gifts feel extraneous. So instead, it’s all about the date night, and the date we both love best is seeing a movie together.

Our tastes in movies aren’t exactly the same. He is all about the action flicks and has no patience for talky, character-building pieces. My tastes are much broader, but I don’t care much for so-called “stories” where action and violence take the place of having actual interesting characters saying interesting things (and when there’s one token female and she’s an idiot? That’s totally annoying).  I once determined that all my favorite movies are either fantasy-adventures or somehow related to music. So there’s one place our tastes actually do overlap: the SFF Blockbuster. Sure, he’s in it for the fight scenes that tend to make my eyes glaze over, and I’m in it for the great-power-and-great-responsibility type dilemmas and the occasional witty banter, but either way, throw us a superhero flick, for example, and we are both totally there.

We saw a lot of movies when we were first dating and therefore had time and a bit more spare money. That first date on December 18, 1999 was to see Toy Story II (which, yes, actually did satisfy his need for action enough). At some point in the early summer of 2001 we saw a now-unremembered movie that more importantly showed us the trailer for Fellowship of the Ring for the first time. Now, have I mentioned we became friends through the Dungeons and Dragons campaign he was running? I did, it’s down in my bio. Well, me being a book geek I was quite shocked to learn he had never read Tolkien. “How can you call yourself a proper Dungeonmaster if you don’t even know your roots!” “That was what my last girlfriend said, too, and it just makes me more determined not to read it!” he had replied. But in the course of that one movie trailer, his jaw dropped, I distinctly heard him mutter, “massive orc armies,” and when we left the theater into the rest of the mall, we headed straight for the bookstore, where he immediately bought a huge hardcover edition of The Lord of the Rings with color illustrations by Alan Lee. Oh, and his next D&D campaign coincidentally required us to destroy a ring of power.

So, in December-and-early-January of 2001, we saw Fellowship in the theater four times—once with a caravan of my cousins when we all spontaneously decided we wanted to see it again now during a holiday party on the 23rd. The next Christmas, he gave me a diamond ring and I gave him the Extended Edition DVD set, and we managed to catch The Two Towers in the theater twice. The next year Wedding Stuff allowed us only one trip to the theater to see Return of the King, but it would do. We celebrated the next few New Years Eves with Extended Edition marathons.

I’m looking at lists of the movies that were out in theaters for the next few Decembers, but can’t find many we might have gone to for our anniversary. We did see The Incredibles in 2004. In 2005, we saw The Lion, the Witch, and the Wardrobe on the way to my parents’ house that Christmas Eve. But up until 2012, that seems to be the extent of our December moviegoing. At any rate, our leaving-the-house-for-a-movie dating definitely slowed down, mostly because we now had small children.

Nowadays, a movie date had to be planned in advance. It had to coordinate two different work schedules (neither of us worked a typical 9-to-5 in that time period) and the schedules of grandparents who might take the kids. In December, we would get just one chance for a date– in the week after Christmas, obviously, when people weren’t too busy to either take the kids or go out in the first place—and that was our big anniversary present of the year.

And in 2012, it had to be The Hobbit: An Unexpected Journey. The Lord of the Rings movies had been so tied into memories of Decembers past, that the absolute necessity of picking up the tradition even overcame the potential awkwardness of gawking at one’s Imaginary Husband on the big screen on an anniversary date with ones Real Husband. The next year, we actually squeezed The Desolation of Smaug in before Christmas, mostly because that was the weekend my parents had given us our big ten-year anniversary gift of a whole weekend at a bed-and-breakfast.

So it took just three years to re-cement the idea that December Anniversary Dates were for blockbuster movies. Apparently there isn’t actually a blockbuster every December, but we’ve been lucky: the year after The Hobbit ended, our other big favorite movie franchise picked back up. And now December Anniversaries are for Star Wars movies.

So I can’t help being a little bemused by the panicked “must avoid social media so I’m not spoiled for three days!” reactions. I can’t totally swear off the Internet until the 27th, or whichever day that week we get our Last Jedi date. Being very-slightly-spoiled for The Force Awakens—because yes, I was— hadn’t spoiled my enjoyment of the movie, and being spoiled for the ending of Rogue One actually helped ease the effect on my freshly-mourning-Carrie-Fisher heart. So let the Internet chatter. I’ll get there. It’s only another week and a half.

*Which is easy for us to remember because it’s also his dad’s birthday. “Are you coming home for Dad’s birthday?” his sister called him earlier that day. “Oh, I completely forgot,” he said, “I have a date.” “OOOO, a DATE,” his whole family cooed, and never let him forget it. 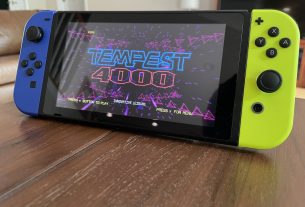 Education Week: College and the GeekMom