Autumn celebrations are winding down, and the ghosts and goblins of Halloween will be soon be forgotten for the sparkly winter holidays, including Christmas.

However, some of the best and creepiest ghost stories are winter tales. There is something about the frosty landscape and hint of magic and mystery in the air during the holiday season that makes wintertime a perfect time to cozy up with a good spooky ghost story.

A Christmas Carol by Charles Dickens: As obvious as this selection seems, it really is amazing how one of the most popular, talked about, referenced, and parodied Christmas tales is a straight-forward ghost story. Yes, it ends with the warm fuzzies and glow of redemption and holiday cheer, but it also has rotting corpses, mind games, and a chilling reminder of our mortality. Where would the holidays be without it?

Dickens is once again in the spotlight for the holidays. The story of his real life inspirations behind Ebenezer Scrooge, The Man Who Invented Christmas, comes to theaters this Thanksgiving with Dan Stevens (Beauty and the Beast, Legion) as Charles Dickens and Christopher Plummer as Scrooge. The movie is based on the book by Les Standiford, and from what I’ve seen it looks surprisingly funny.

Batman Noel by Lee Bermejo: Batman has his own Christmas Carol, as he tracks down one of the Joker’s underlings, Bob, who happens to have a small son named Tim. The “stand-ins” for the ghosts are pretty clever, including the late Robin, Jason Todd, as the Jacob Marley character. Is he a figment of Bruce’s imagination or, as described by the narrator, a “ghost from the past with a vision of the future.”

The entire story is told from Bob’s point of view, who is battling his own demons. There’s also a genuinely frightening moment where the Joker, taking the place of the Ghost of Christmas Future, tries to bury Batman alive. We keep this one on the coffee table for guests to enjoy, because a good creepy Christmas graphic novel is the gift that keeps on giving.

The Valancourt Book of Victorian Christmas Ghost Stories edited by Tara Moore: Moore has collected in one volume 13 beyond-spooky ghost stories from Victorian era periodicals. There are authors such as Sir Walter Scott, Elizabeth Gaskell, and Ada Buisson. Moore knows her stuff, too, having written books and articles about Christmas and the Victorian era.

“Imagine a midwinter night, an early sunset, a long, drafty evening spent by candlelight,” Moore writes in her introduction. “The season of Christmas coincides with the shortest days of the year and, for middle-class Victorians, a chance for families to reconnect in story-telling circles … the bleak, shadow-filled walk from the story circle to one’s dark bedroom presented an uncomfortably eerie space to reflect on the mental images conveyed by those grisly tales.”

Moore even offers her expertise from Scott on how to properly read a Victorian Christmas ghost story: “Read it aloud,” he urges, “Read it at night.”

There’s a 1933 A.M. Burrage story One Who Saw, where a writer becomes obsessed with the specter of a crying woman, as well as Charles Dickens’s 1866 tale The Signalman with a different sort of supernatural visitor that doesn’t end in “God Bless us, Everyone.”

My favorite in the series is a classic haunted house tale The Empty House by Algernon Blackwood, but you’ll really want to collect all eight volumes, with Seth “designing and decorating” and, in a way, resurrecting these tales for readers.

“Reading a ghost story on Christmas Eve was once as much a part of traditional Christmas celebrations as turkey, eggnog, and Santa Claus,” Seth reminds readers on the back of each book. Time to add this chilling practice to your family traditions.

For those who can find them, there are some ghostly tales from favorite television series.

How The Ghosts Stole Christmas from Season Six of The X-Files: Mulder and Scully do some Christmas Eve investigating of a house haunted by two lovers for more than 80 years. The ghosts turn out to be portrayed by Ed Asner and Lily Tomlin, and they do their best to mess with Mulder and Scully’s progress—and heads. I know one person who watches this one every Christmas Eve, and starts it at just the right time so the clock in the show chimes right at midnight on Christmas. That’s commitment to the tale.

BBC’s A Ghost Story for Christmas: Since the 1970s BBC’s spooky season tales, based on both classic and contemporary stories, were a Christmas Eve mainstay for about ten years. The series was later revived, and even included one four-part mini-series featuring film legend Christopher Lee’s iconic horror movie voice narrating ghost stories based on the writings of M.R. James.

For a geekier edge, there was even a never-aired mini episode of Torchwood entitled “A Ghost Story for Christmas.” Eerily told by Captain Jack Harkness (John Barrowman), it gives us another brief look at the Weeping Angels.

This chilly short piece reminds us for every Christmas ghost there should be a Christmas angel watching out for us. 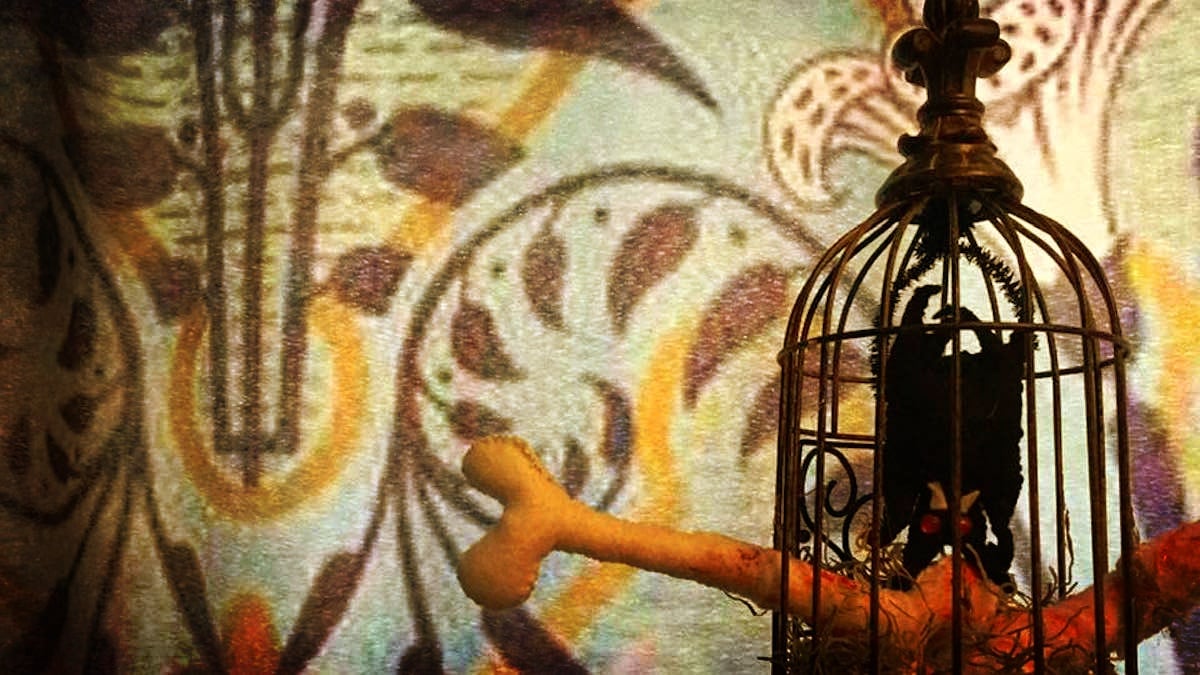