For those parents who were kids in the 1980s and 1990s, Samus Aran is a familiar face. The Metroid protagonist has been rolling around consoles since the NES, and a newly remastered Metroid: Samus Returns is now available for the 3DS family of systems. It’s definitely worth picking up, and to really get you and your kids in the Metroid mood, here’s a craft you can do together.

This side-scrolling game, based on Metroid II: Return of Samus, looks gorgeous on the Nintendo 3DS. The characters are vibrant and the world is detailed, popping off the screen in 2D and 3D. The controls will feel familiar to anyone who has played a Metroid game before, and if you haven’t, this is a fantastic place to start.

As bounty hunter Samus Aran explores the planet’s depths, you’ll unlock new powers and areas by removing some moderate obstacles in your way. There is very little text, so kids can easily take a spin with Samus to blast their way through aliens and creatures that are mostly more colorful than creepy.

Save points are sprinkled throughout, making inevitable restarts a breeze, and a handy ability shows breakable objects in the area if you need a small hint for where you can go next. That’s not to say it’s an easy game by any stretch, but it is painless to pick up and put down again when you find yourself frustrated.

Metroid: Samus Returns is a great entry to the series for players of just about any age. It’s also amiibo compatible, with two figures with all the detail and style you’ve come to expect from Nintendo. 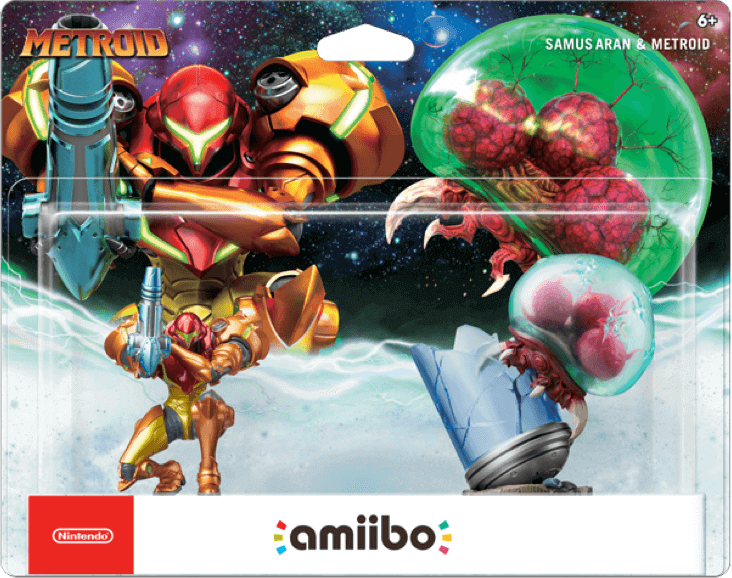 The Metroid amiibo is so detailed (and slightly squishy) that it inspired a simple craft that can serve as a hanging decoration in your kids’ room or playroom. Here’s the how-to. 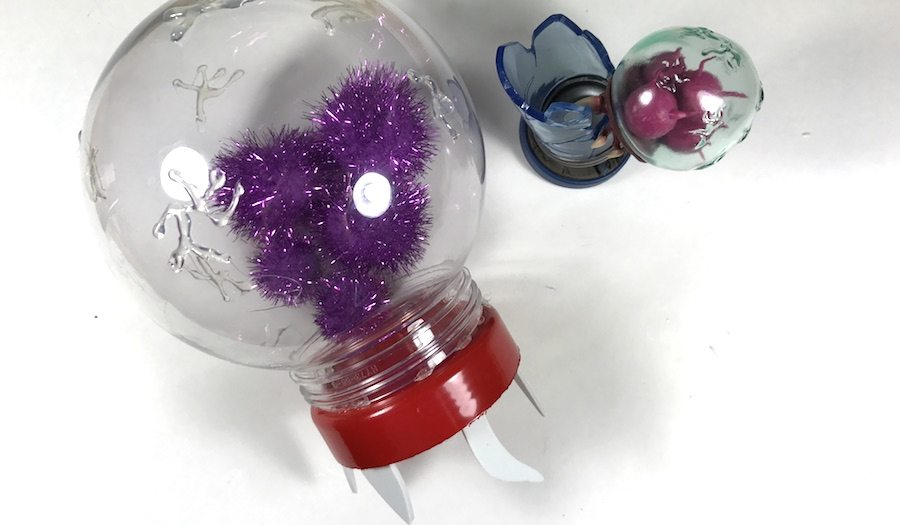 Begin by painting the base of the snow globe red. Let dry.

Next, take the clear globe, and use the hot glue gun to draw squiggly patterns around it on all sides. (The amiibo makes a great reference.) Let cool completely. 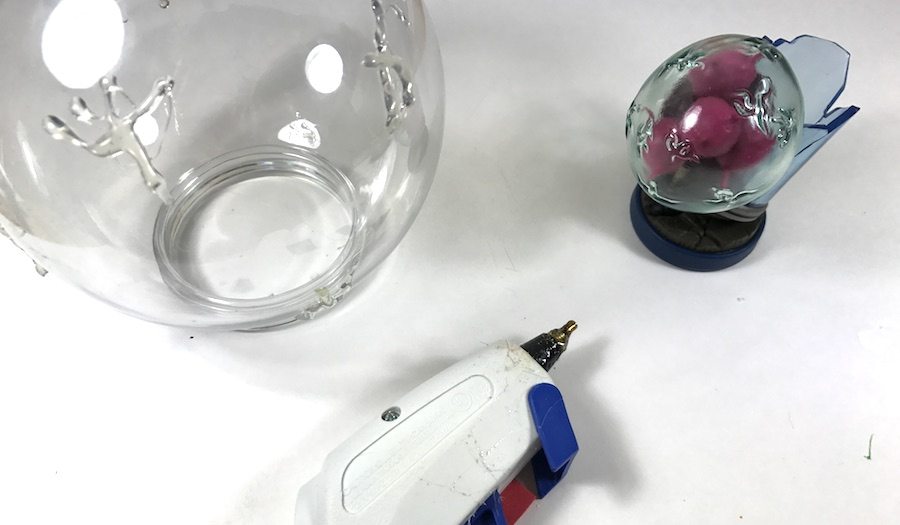 Place four or five pom poms inside the empty snow globe. Glue the bottom lid of the snow globe to the opening, flat side up.

Next, cut five large tooth shapes out of the white craft foam. Glue the shapes along the inside edge of the lid. 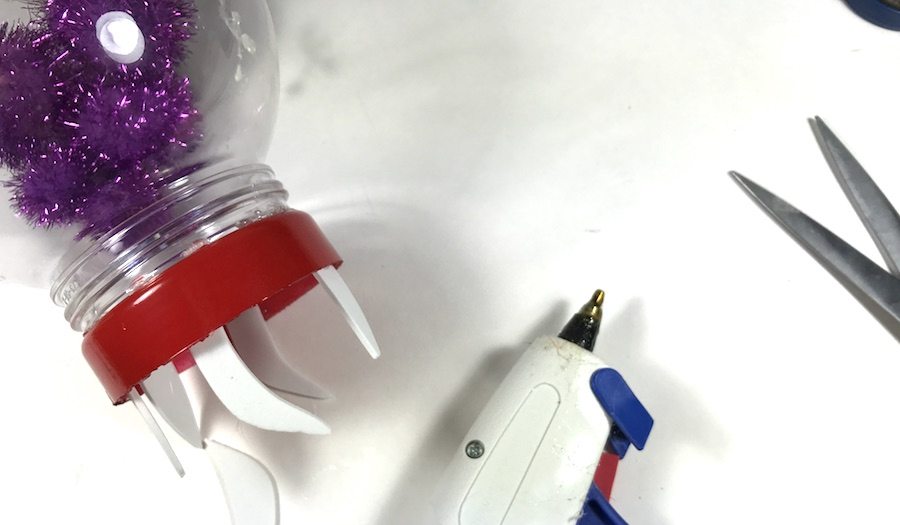 If you want to hang it as a decoration, hot glue a loop of fishing line to the top of the snow globe and let cool. Your Metroid is complete! 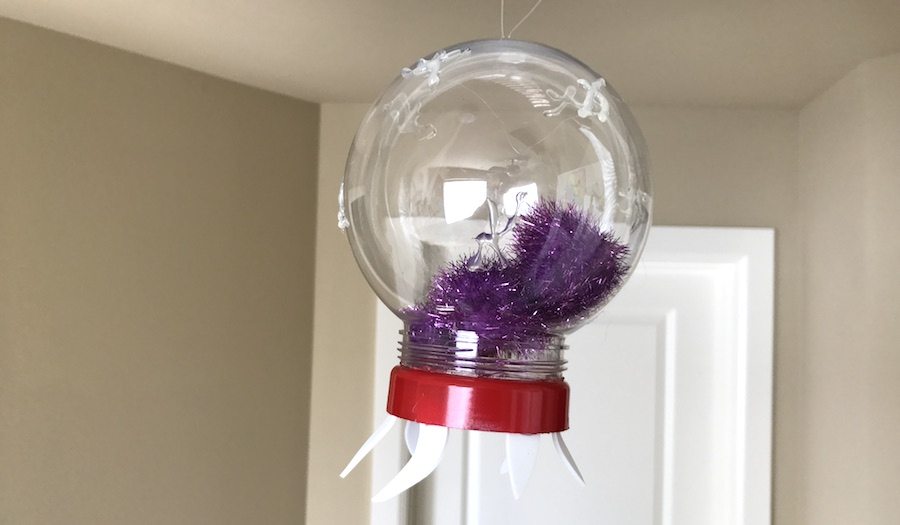 GeekMom received a promotional copy of the game and amiibo for review purposes. 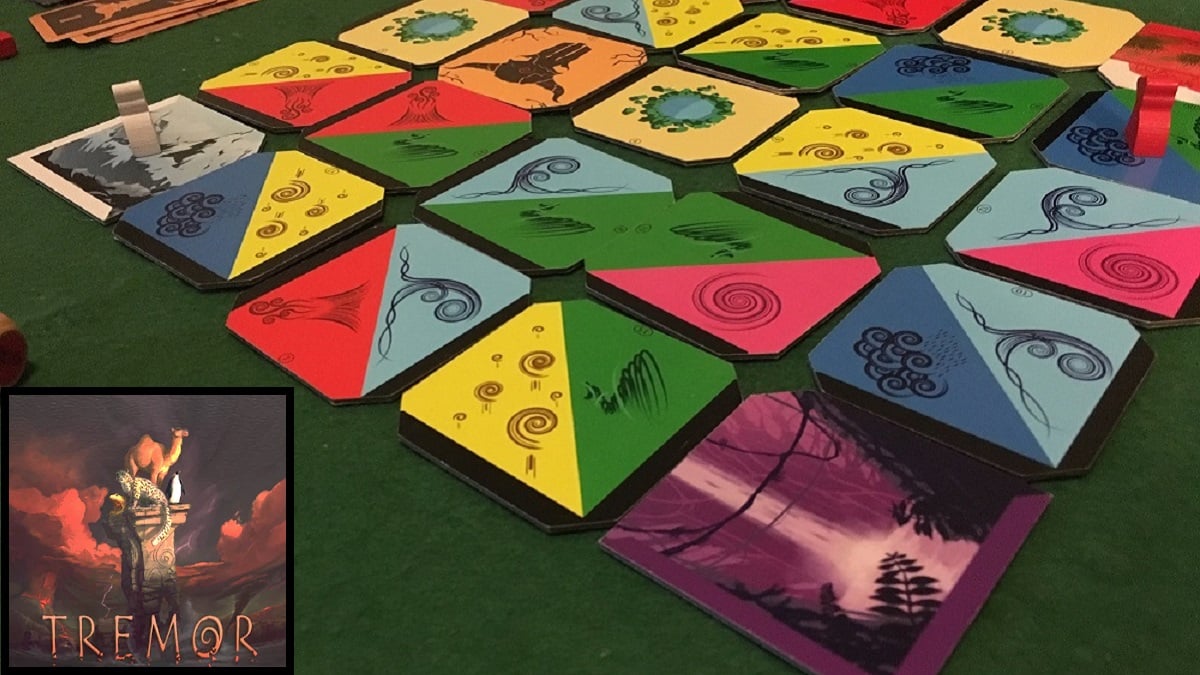 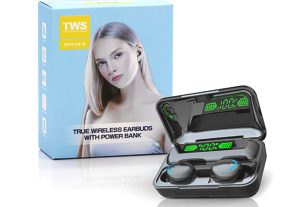