Look, in fairness, you’d probably be pretty angry if your family members started addressing you with the sobriquet “the Mad” too. I could almost sympathize with Maximus if not for the attempted wife-stealing. And the murder. Murder is also bad.

Power: Basic Inhuman enhancements, mind control (think evil Professor Xavier), genius level intelligence (especially in the sciences. Like, all of them), inventor (echo-tech and echopacitor, both of which harness the power of Black Bolt’s voice and uses them as a power source; atmo-gun; hypno-gun; Chorus Sentries; Omega; T-Bomb; The Sieve of Secrets; Triton’s breathing apparatus)

Like his brother Black Bolt, Maximus was exposed to the Terrigen Mist as an infant; unlike his brother, and much to the disappointment of his geneticist parents, Maximus showed no outward sign of Terrigenesis (aka: no fins, no soul of its own hair, no hooves). As he grew and developed, Maximus developed psionic powers he hid from his family and the community at large.

He had a harder time hiding the fact he was kind of a jerk, though one can see how being apparently ordinary in a community which was generally extraordinary could be hard on a kid. Maximus’ own brother was so powerful as a baby he had to be raised in a soundproof bubble. Maximus was… well, normal by comparison.

The younger Boltagon was about sixteen when the elder was released from said bubble at which point, Maximus tried almost immediately to trick Black Bolt into unleashing destruction so he’d be put back into isolation. Because in the comic universe, that’s what effective only children do when they find themselves having to share mommy and daddy with a sibling. Black Bolt refused to be baited which was why he was around to see Maximus being all sneaky-like with a Kree emissary. The Kree bailed before he could be questioned about the meeting and, fearing for the safety of the people he would one day rule, Black Bolt used his sonic scream to bring to bring the Kree ship down. Right on the building being utilized by the Inhuman Parliament. And the Doctors Boltagon. Maximus, while not in the direct line of fire, was in range of the “reverberations”; they scrambled his brain something fierce, deactivating his powers and causing full-on “insanity.” I mean, a fist fight would have been one thing for insults rendered by teenage siblings but this, albeit accidental, maiming quashed pretty much any hopes of brotherly love.

Despite having murdered most of the working government, Black Bolt was put on the throne soon after his parents’ deaths. Maximus swore to oppose him.

Maximus achieved his first takeover by experimenting on beings the Inhumans called “alpha primitives” (essentially Inhumans who failed to show any Inhuman traits and were used as slave labor) and creating a tripartite energy being that Maximus sicced on Attilan, driving the rest of his family out during the ensuing chaos. They spent years wandering earth in search of Medusa with Maximus ruling back home, until such time as he felt secure enough in his power to bring his brother and cousins home. Which doesn’t seem all that smart, really, especially for a super genius, but what can I say? At least he didn’t resort to Skrulls.

Black Bolt immediately took the crown back from Maximus (like, literally, he grabbed it back, which is apparently all that’s needed for a transfer of power among the Inhumans). Hoping to incite the people to riot against Black Bolt, Maximus activated his Atmo-Gun, purported to be capable of killing every human life on Earth but leaving the rest of the biosphere intact and the planet ripe for recolonization by the Inhumans. It failed. Responding with a temper tantrum, as super villains so often do, Maximus used the Atmo-Gun to shove the very people he was trying to win over into the Negative Zone, where they remained trapped for months (aka: PR nightmare).

Maximus’ next genius plan was to free some Inhuman supercriminals and mess with the Hulk. Fail. He then drugged his relatives and threw them in prison, doing the thing with the crown. That reign lasted a few days before Black Bolt busted out, though Maximus escaped with his merry band of jerks and tried to take over a small South American country. Turned out he really shouldn’t have annoyed the Hulk, who brought the US Army with him to play. Maximus escaped again and for some reason decided to use his mojo on the Silver Surfer to convince the later the totality of the Inhuman race was after him.

Maximus was later welcomed back to Attilan since Black Bolt, while not the genius of the family, apparently had more common sense (which isn’t saying much) and wanted to keep an eye on Maximus. He sensed that Maximus’s powers (you know, the ones he accidentally blasted into dormancy?) were returning and, concerned with the additional trouble such abilities might cause, had Maximus put in suspended animation but failed to explain the why of his actions to anyone else (apparently he felt “King” was enough). This irked Gorgon, who likely wondered what else Black Bolt was capable of if he was capable of locking his brother up for no apparent reason (well, that time, anyway). Gorgon freed Maximus, who thanked his cousin by subjugating the entire Inhuman populace of Attilan and wiping Black Bolt’s memory.

You’d have thought being treated crappily would have given Maximus a little bit of a soul but, alas, he used his time to make a deal with the Kree to send them some of his brethren as soldiers. Fortunately for all concerned, except Maximus, Black Bolt regained his memory and recruited the Avengers to retake Attilan.

Maximus escaped hard time by feigning psychosis. It probably wasn’t all that difficult to convince everyone he was a whack job. Also, must be nice to be a prince, even a terrible one. One, for example, who used his cousin Crystal and her husband Quicksilver (who, quite honestly, would have been no great loss) as hostages to force his brother to relinquish the crown. Again.

At least Maximus was smart enough to actually throw Black Bolt in jail on attempt #4. He reestablished contact with the Kree and arranged for them to take all of the Inhumans with extraordinary abilities to use as they pleased. Triton and Karnak freed most before they could be taken from Attilan but forgot to mention it to Black Bolt, who lost his chill and screamed, leveling the city.

Realizing that maybe he’d been a bit too nice, Black Bolt took Maximus down and threw him in jail.

There were a bunch more coups, all of which were about as equally effective.

Only a threat as great as Thanos could bring the Boltagon brothers together again, with Maximus and Black Bolt building and detonating a Terrigen bomb that not only activated the abilities of latent Inhumans on Earth but also threatened to kill every mutant (“scientifically speaking,” Inhumans aren’t mutants, they’re GMO humans).

There’s some mind control and some further collaboration and then Maximus, in shock to no one, goes bad again and Black Bolt screams his hands off.

Turns out Black Bolt shouldn’t have taken all the attempts to overthrow him personally since Maximus did the same thing to Doctor Doom when the latter was in control during the recent Secret Wars event. Triton recruited him during Civil War II to take the fight to Iron Man, who had kidnapped Inhuman Ulysses Caine (whose ability to calculate future probabilities is what started that whole travesty in the first place). Once part of the inner circle, however, Maximus took down New Attilan’s defenses, allowing Iron Man to lay siege to the city until Medusa, ruling in Black Bolt’s stead, relinquished the throne, mostly because he could and because it was fun.

Maximus spent a fair bit of time messing with the X-Men, dragging Triton and Karnak along with him. Eventually caught and arrested, he used image inducers to disguise himself as Black Bolt and Black Bolt as him. How he got said inducers we may never know, but the result was Black Bolt being locked up on an interstellar prison ship instead of Maximus and Maximus, once more, holding the Inhuman throne.

Which brings us to the present and was the set up for Saladin Ahmed and Christian Ward’s stellar Black Bolt ongoing (one of few things Marvel Comics division is actually doing right at the moment).

Why I Owe My Successes to Anxiety 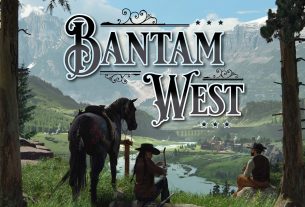