Before researching Boston Comic Con, Ink Fusion’s JerZy Milner was a name I’d never heard. This is possibly the most unfortunate thing and most fortunate thing ever. Unfortunate because I’m only now experiencing the awesomeness of her talent. Fortunate because I got to have my first convention tattoo, and one I’ve wanted for ages, done by her and call it “coverage for BCC.”

What?! Tattoos at a Convention?

Yes. This was my reaction. Except, you need to say this loudly and excitedly instead of incredulously. One of the things I’ve learned over the years is that many tattoo artists started as, well, geeks.

Tattoos may evoke biker badtushery, but in reality, as many of us know, they are more an art form on our bodies. I love that my ink represents my inner self in an outer way. I love having control over m body when it comes to adding ink to myself. Truthfully? I just love looking at where I have been, where I am, and where I’m going every time I look at my body.

It shouldn’t be surprising, then, that many tattoo artists are inspired by the bright colors in the comics we all love. After all, aren’t we, as fans, in love with comics because they offer us a unique artistic aesthetic?

Who is Inked Fusion’s JerZy Milner?

I always say that the best thing about writing for GeekMom is that I get to do cool things and share the stories of cool people. This is certainly one of those times. If I’m going to write for GeekMom, I’m going to make sure to represent the ladies. I looked at the artists listed on the BCC website and reviewed their work. I originally contacted Tori Robinson, but her schedule was filled so she referred me to JerZy.

Ink Fusion’s JerZy Milner tattoos – are you ready for this? – in cosplay. She cosplays as Battle Kitty and tattoos like a geeky boss (although not with the headgear). With He-Man being a cosplay inspiration, I asked about her first fandom. JerZy replied all old school – Star Wars, My Little Pony, and Teenage Mutant Ninja Turtles – telling me, “I’ve been a nerd since I was little.”

JerZy, currently based out of Morristown’s Apothic Tattoo, has been tattooing for over fifteen years. She started as a vet tech but found her passion in art. Working at a call center job, she started making customized My Little Pony figures to keep her hands busy. She still actively collects MLP G1’s and has 2,500 ponies in her collection.

One of the Inked Fusion artists, Josh Renfro, noticed the detail work she was doing with her customized ponies and suggested she might be good at tattooing. He told her that she might be really good at it because of the “teeny tiny details” on the customized figures. After the long period of apprenticeships necessary to be a tattoo artist, she became the artist she is today.

She’s also a hooker (for those of you not in the “fiber know” that means she crochets). She also knits and does cross stitch, as she said, “anything to keep my hands busy. That’s always been the thing with me.” This, of course, made her the perfect person to do my knitted BB-8 tattoo because not only is she Lucasfilm licensed, but she’s “one of us.”

Ink Fusion Empire is the brain child of Marc Draven. A tattoo artist and event planner, he decided to “fuse” the two together creating the first mobile convention oriented tattoo experience.

The group includes over 200 artists from all over the globe. At least one UK tattoo artist was in attendance at Boston Comic Con.

Some are more active than others. As JerZy notes, “we’re kind of a family comes first group. So if you’ve got to stay home with your family, or something comes up, that’s ok. We’re really family oriented. We are a pretty close knit family of tattoo artists. Something happens to one of us, we do everything we possibly can for them.”

The BCC setup had two artists per booth area. There were six booths total, although I think one held mostly administrative stuff. I know, bad reporter, right? I didn’t check out all the physical details because …

I was getting INKED people.

Is it hygenic and clean?

A quick look at the booth showed me there was no worry with this. However, the longer I spoke with Inked Fusion’s JerZy Milner, the more I realized that this is cleaner than about 95% of tattoo parlors.

If you’re worried about cleanliness, you needn’t be.

As I was tattooed, I asked JerZy a ton of questions, mainly out of personal curiosity. However, I learned a metric ton about mobile tattooing.

Basically, they have to apply to the local health department. The health inspectors not only check the area before the tattooing commences but also during the con. (Note: I was getting inked while one was there checking in. This is a thing.)

The rules are pretty strict and vary between counties.

I also learned that Ink Fusion tends to use a medical adhesive wrap to cover your tattoo afterwards. Not only is it more hygienic, you can leave it on for up to 3 days as long as it doesn’t rip. It allows air in but nothing else. That said, be prepared for the oozing goop of a new tattoo to be squished up underneath the bandage which gave me a bit of an eww gross moment.

If you want to watch the whole five-minute interview, just click play below. 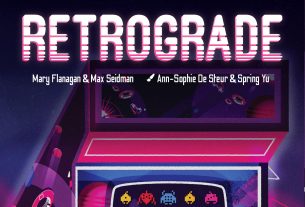 Review: If I Ran the Rainforest Ebook