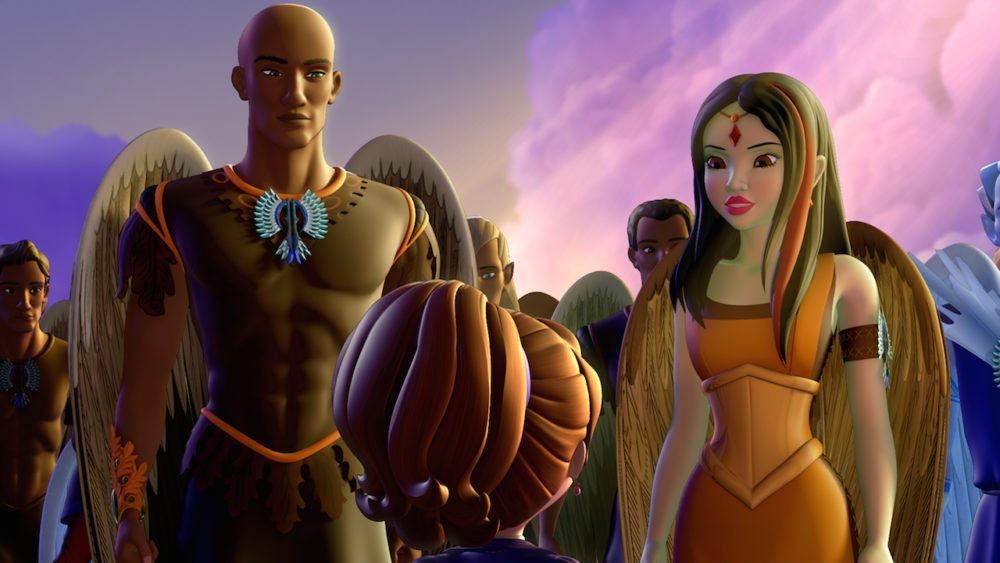 We are so very excited to share this exclusive for GeekMom clip: Sofia the First: The Mystic Isles

At a friend’s swim party this weekend, the grown-ups got to talking about kids television shows. It was agreed by us all that Sofia the First was one of the brightest moments of shared watching. Which is good because now it’s summer and that means more time in front of the screen as a family. Luckily, instead of dreading it, we’re looking forward to following Sofia on her new adventures, including this move.

If this was not already cool enough, one of the Windwalkers is being voiced by the incredible Ming-Na Wen.

As with all Sophia’s stories, she will once again show bravery. Together with their new friends, Sofia and Amber must stop an evil Crystalmaster named Prisma from covering the isles in crystals. Andrew Rannells  and Megan Hilty  guest star as Skye and Prisma, respectively, and Ming-Na Wen and Colin Salmon guest star as Windwalkers, Vega and Orion.

Just look at the this beautiful still photo from the clip, with Sofia meeting Vega and Orion. I showed this to my six-year-old Ella and she had several questions about the new creatures immediately. There are really so many reasons why we truly love Sofia but high on that list is the attention to detail, from the art to the voice acting.

As I say with every post about Sofia, if you have not watched it with your kids, go back from the start and catch up this summer, you will be pleasantly surprised at how much you like the show too.

Please set your family dial to The Disney Channel to catch  the  TV movie premiering Saturday, June 24 at 9:00 a.m. There are also tons of games, videos and extras to keep your kids busy all summer on that site.

‘Skylanders Imaginators’ Is One of the Best Yet