Last year, I wrote about Harry Potter and the Cursed Child and then waited for folks to finish reading it so I could talk about it. This led to a fascinating discussion with my friend Larry Brenner, screenwriting professor at Spalding University. His insights have made me rethink the story, and any time anyone else brought it up, I found myself sharing his thoughts with them. Kindly, he has agreed to let me post our conversation, so here it is:

Larry: Albus and Scorpius should be boyfriends.
GeekMom Nivi: Remind me how old they were at this point.
Larry: Fourth year of Hogwarts, so about 15?
Nivi: Ok, I can see that. Could still happen, though.
Larry: I think they intended it, then chickened out. Well, Albus is “interested” in Delphi, and Scorpius is “in love with” Rose.
Nivi: Oh, right. Forgot about that.
Larry: But honestly, Albus/Scorpius/Delphi plays as a love triangle at points.
Nivi: True.
Larry: I thought the story structure was abysmal. Just basic fundamentals of craft were missing. Foremost among them–you can’t have your two protagonists disappear from an act of your play.
Nivi: First several years definitely could have gone away.
Larry: Absolutely.
Nivi: When did they disappear?
Larry: Also fundamental question–WHY is Albus in Slytherin?
Larry: Third act, in the Voldemort universe. Harry and Albus are gone, and suddenly Scorpius is our POV.
Nivi: Ah, yes.
Larry: Our protagonists can’t learn anything, because they don’t exist anymore. And frankly, you can’t have the fourth act be that our villain is trying to get back to where she was in the third act.
Nivi: True that.
Larry: So, sadly, I disliked more than I liked. Left feeling like I could have written it better, which I need felt during the novels.
Nivi: do it!!
Larry: Well, I sketched it out.
And here’s where our discussion gets really good, when Larry shares his idea of what the plot of Harry Potter and the Cursed Child should have been.
Larry: We open on Harry Potter, an auror, leading a fight against Dark Wizards. They’re unusually determined, protecting something…and then, when defeated… he realizes the thing they’re protecting is… a small girl. Voldemort’s daughter. Who they believe will grow up and take up his cause.
And Harry realizes that this girl, the daughter of his greatest enemy, like him, is an orphan.
And Harry finds himself in the role of Dumbledore… what to do best for “She-Who-Will-Not-Be-Named”? There are those who feel she should be killed… even, instinctually, Harry knows she’s trouble… Can she be redeemed through love? Are people born evil? Can Harry do a better job than Dumbledore did? Following Albus’s lead, he brings the girl to the only family she has left… her cousin, Draco Malfoy. Ten years later, this girl goes to Hogwarts… Is sorted into Slytherin, reawakening fears in Harry… And is approached by the surviving Death Eaters, who want to mold her as her father’s successor. And there’s your play.
GeekMom: Oh, that’s good… so Albus and Scorpius still end up in Slytherin (though we know why this time).
Larry: Right.
Nivi: What is the relation between Delphi and Scorpius then?
Larry: Technically, they are second cousins. (Fact ignored by the play.) Raised as siblings.
Nivi: Of course, any bad that happened to get into Delphi would be blamed on Malfoy.
Larry: It creates an organic way for Harry and Draco to be united—through love of Voldemort’s child, the child they protected together.
Nivi: Love it.
Larry: And—it’s all forward moving. None of this revisiting the past business.
Nivi: Or finding that one time turner that wasn’t destroyed.
Larry: Oh… one more thing—Albus and Scorpius murdered Panju Weasley (son of Ron and Padma), when they changed the timelines the second time. Technically worse than murder, because now he never existed in the first place. Terrible.
Nivi: But if the person didn’t exist in the first place, then technically he didn’t exist in the second place.
Larry: Lol. Good point. I have a video game recommendation for you. Back to the Future: The Game. As a game, it’s ok. As Back to the Future 4—it’s amazing! And relevant to our Harry Potter convo. Highly recommend. And it made me reflect on HP and everything wrong with Cursed Child.
Nivi: How so?
Larry: The thing about BTTF–every trip to the past is fraught with mystery and revelation. HP takes us back to places we’ve already been. If you want to relive Goblet of Fire, you know what?
Nivi: Just reread the book.
Larry: I have this book called Goblet of Fire. It’s pretty great. We don’t need a passport to those events. We need to see things we’ve never seen before. Take a note from Back to the Future and send Harry back to meet teenage James, Lily, Sirius, and Snape. Or send him back to see Tom Riddle and Hagrid. Or even young Dumbledore and Grindlewald.
And if you want to do the alternative universe thing, we don’t need to see the Voldemort universe. Because we kind of knew what that would be like. You want to blow our minds? Take us to the universe where Gilderoy Lockhart is Minister of Magic or Head of Hogwarts. Show us things we never imagined as possible. If you’re going to do alternate timelines, make it crazy: Neville Longbottom as a Death Eater. And Draco Malfoy leading the D.A. Hagrid living with giants. Fred and George as Aurors. Go nuts.

And there’s the takeaway. Here we are, two grown adults, writers who absolutely adore the magical world of Harry Potter (I was more excited about going to Universal Studios last summer than my kids, two of which opted to sleep in instead). I wanted to love Harry Potter and the Cursed Child, for all the reasons I discussed in my review of the book. But after speaking with Larry, after seeing how much more it could have achieved, I find myself wanting more. That’s not to say I don’t stand by my review, only that I agree with Larry in his overall assessment that it could have been so much more. 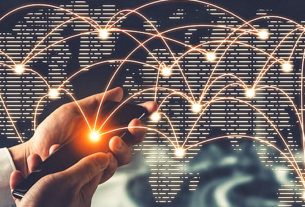