Everything about 20th Century American painter LeRoy Neiman was colorful, from his art to his personal style and attitude.

He was born in 1921 in St. Paul, Minnesota. His father abandoned his family at an early age, and he was raised by his mother, whom he had described as “spirited” and “ahead of her time.” He grew up in a working class neighborhood, and had even referred to himself as a “street kid,” but that didn’t stop his artistic cravings. In school, he painted signs for school assemblies (as well as tattoos on his friends during lunch). In the Armed Forces, he painted backgrounds for Red Cross shows.

Later in life, he continued several successful commercial art and fine art ventures, for everything from magazines to sports program covers.

His signature painting style came about in the 1950s, when he discovered that “free-flowing paint” produced fast-moving strokes and therefore, fast-moving action.

In terms of his art, Neiman was prolific. He could produce a couple dozen paintings a year, and was constantly sketching images he used for his painting ideas.

According to his biography on his official website, Neiman often painted on “Masonsite or Upson (a board made with ground wood and recycled paper products), and used a sheer coat of polymer ground (a type of primer)” on the surfaces. Then he laid on the color. He painted large brushed areas with oil paints, combined opaque and transparent materials to compliment each other, and made the most use of both positive and negative space as he could. There were often two or more media in each painting, including watercolor, ink, graphite, gouache, or felt-tip marker to achieve the look he wanted.

He said in a 1961 issue of American Artist he would use colors, painted outlines, and space to help him “describe whatever is emotionally necessary for its intended function in the picture.”

He is best known for sports paintings, and drew action-filled scenes of Olympic games, horse racing, Super Bowl bouts, and most every other kind of team or individual sport. His images also covered a spectrum of pop culture icons of hundreds of celebrities from Sylvester Stallone to Liza Minnelli. He even created 40-foot-high murals for dancer and choreographer Tommy Tune for a New York City theater. He also painted landscapes, animals, and images that inspired him on his travels to exotic locations.

Neiman’s own look of a New York-style “man about town” was recognizable as well, as he was always seen with his large handlebar mustache and, most the time, with his trademark cigar.

Neiman painted nearly his entire life. In 2010, he had a medical problem that resulted in the amputation of his right leg, but he continued to paint. He died at age 91 in 2012 in the New York home he and his wife shared for more than 50 years.

Even through his paintings weren’t always perfectly in tune with the natural color schemes of the actual subject, he said he remained true to the subject in his own way.

“I do not depart from the colors borrowed from life,” he said in VIP Magazine in 1962, “but I use color to emphasize the scent, the spirit, and the feeling of the thing I’ve experienced.”

I’m ending this summer’s Be the Artist projects with something fun, colorful, and easy to explain…but not so easy to achieve that it doesn’t pose a good challenge.

In celebration of Neiman’s colorful spirit, as well as the start of many school and professional sports, let’s paint an action image of a favorite “fictional” sport.

One of the reasons Neiman’s work was so popular was that sports and fine art had never really come together before to a great extent. He had tapped onto a new and vibrant genre with this artistic marriage. Even those who prefer books or movies over playing fields and arenas have to admit, fantasy is filled with sports like Quidditch, Hunger Games, or Pod Racing. It’s out there, and it’s exciting.

Look at screen shots from favorite movies or comic book pages for a favorite “sports” or “recreational” image and paint it. Sounds easy, but can you capture that action? How far are they leaning on their brooms or ostriches? How far back is that throwing arm? Examine these pictures and see what clues make our eyes realize this static picture is actually full of movement?

Now, can you capture it with without “sketching” it or drawing it out first? Okay, I’ll go easy on beginners. Go ahead and sketch out your idea lightly, or take advantage of the method used in the Roy Lichtenstein project with just broad brush strokes. Don’t worry about facial details. Novices can even try tracing just the outlines like the Alphose Mucha art project, but only use these “cheats” to get started if you have trouble.

With Neiman, the key was in strokes and color. Neiman did do some portraits and figure drawings, but he was the king of energy and movement. Put your art in motion, by adding color along the figures edges, splashes or splotches in the background, and other touches of color overlaid through the entire picture.

Try some splatters and bold strokes, or use a sponge and pat down the background with layers.  Also, remember Neiman liked to combine media, so go ahead and use watercolor with acrylic, or colored pencil with pastels or crayons. If it looks good and works for the sport, then that’s the only rule you need to follow.

Whatever you pick, be bold! Be bright! Stand out! Whether it was his art or his own persona, quiet subtlety wasn’t what Neiman was often known for, as he said in a 1984 article in Esquire: 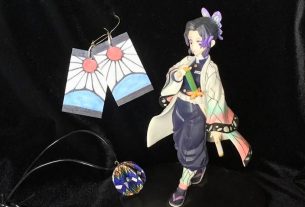