It’s been a big year of Disney’s Pirates of the Caribbean, and there is plenty of adventure on the horizon.

The classic attraction, which debuted on March 18, 1967 at Disneyland Park’s New Orleans Square, is celebrating its 50th Anniversary. In addition, the fifth installment in the movie franchise it inspired, Pirates of the Caribbean: Dead Men Tell No Tales, sails into theaters May 26.

On April 11, Disney released four new Pirates-centered titles, ranging from a young readers’ picture book to a collection of its history with these salty rogues.

One of these releases is the young adult  Dead Men Tell No Tales movie novelization by Elizabeth Rudnick. However, the most impressive release takes a look at all of Disney’s pirate connections from the past 90 years, well beyond the Pirates of the Caribbean attraction and movie franchise, Disney Pirates: The Definitive Collector’s Anthology: Ninety Years of Pirates in Disney Feature Films, Television Shows, and Parks by Michael Singer. This collection highlights Jack Sparrow, of course, but also the literary pirates of Disney history such as Captain Hook and Long John Silver. This one has a bounty of fun history, and beautiful photos and illustrations.

In the picture book category is the Disney Parks Presents: Pirates of the Caribbean book and CD, featuring the song created by George Bruns and Xavier “X” Atencio for the attraction, accompanied by lively, colorful illustrations (complete with hidden Mickeys) by Mike Wall. This book is the second in the Disney Parks Presents series, following up the book and CD set for another favorite New Orleans Square attraction, The Haunted Mansion.

An original story by Meredith Rusu, geared towards readers 9 to 12, is The Brightest Star in the North: The Adventures of Carina Smyth, revealing the back story of one of the new characters in Dead Men Tell No Tales, a heroine and astronomer. This one gives young readers an introduction to Smyth from when she was first left at an orphanage by… well, that would spoil things. It also celebrates the mystery and beauty of the night sky and the spirit of scientific curiosity.

These latest additions to the Pirate universe join several other publications released since the first Pirates of the Caribbean movie, Curse of the Black Pearl, debuted in 2002. There are young reader and adult novels, Art of… books, comics, pirate handbooks, and a treasure chest of movie tie-ins.

Here are few favorites to add to your ship’s library:

For straight-ahead novels, A.C. Crispin’s The Price of Freedom is the an adult-level story of Jack Sparrow, when he was just a twentysomething first mate hopeful for the East India Trading Company. The story comes the closest I’ve read to making these characters feel like they just might have been real at one time. Crispin depicts Jack as a soon-to-be pirate with the golden heart, as he takes on the corruption and cruelty of Cutler Beckett. Crispin was known for not only her own series such as Starbridge, but lent her incredible talent to the extended universes of both Star Wars and Star Trek, among others. It’s too bad she only created one story based in Jack Sparrow’s world, especially since a new copy of this book fetches more than $100. Find it used or as an e-reader version.

Another recommended read is On Stranger Tides by Tim Powers. Power’s pirate fantasy was written in 1987, long before Jack Sparrow was even a gleam a Disney writer’s eye. However, since the fourth Pirates movie, On Stranger Tides, was inspired by Blackbeard and his quest for the Fountain of Youth, it’s interesting to see which elements of this story the movie used. Keep in mind there is a very different plot with no actual connection to Disney’s story.

Although there were several visual guides released for the various Pirates of the Caribbean movies, the best and most fantastic by far is The Art of Pirates of the Caribbean by Timothy Shaner. What makes this oversized book such as standout is it is not only a book for movie fans, it is a celebration of art and artists–more than I’ve seen in other Art of.. books. It really shows off the works of these artists, with an enormous amount of sketches, paintings, and concept art designs. If you only get one movie tie-in, I recommend this one.

A good look at the evolution of the attraction to the movie franchise is Pirates of the Caribbean: From the Magic Kingdom to the Movies by Jason Surrell. Surrell has written several books on Imagineering theme park history including books on The Disney Mountains and The Haunted Mansion, and he approaches the history from someone who is definitely a Disney lover as well as historian.

The trailer for Dead Men Tell No Tales indicates we’ll be seeing a little bit of Jack Sparrow in his younger years. In 2006, author Rob Kidd began his series on the teenage Jack Sparrow and his crew with The Coming Storm. These were favorites of my older daughter, who loved the collection of young crewmembers. She especially liked Constance, the sister of another crewmember who had been turned into a cat by Tia Dalma. No telling if these adventures will come into play in the new movie.

Kidd created 13 of these books, ending with a collection called The Tale of Billy Turner and Other Stories. This last collection also ties into another of Kidd’s young reader’s series, Legends of the Brethren Court, featuring Jack’s adventures with the different Pirate Lords. These are easy reads, but give these characters a little more back story of their own.

Jack Sparrow is now also the star of his own comic book series by Chris Schweizer and Joe Flood, centered on original adventures of the crew of the Black Pearl. The comic joins several Disney-based series that have been hitting come bookshelves form publishers like Joe Books and Marvel. The first four issues of Pirates of the Caribbean Comics Collection will be available as a collection from Joe Books on July 11, so readers won’t have to scramble for back issues.

There are a couple of Pirates of the Caribbean tie-ins to pick up just for the sake of fun: The Pirate Guidelines: A Book for Those Who Desire to Keep to the Code and Live a Pirate’s Life and The Captain Jack Sparrow Handbook. Both of these books help wannabe pirates learn the trick and rules of the trade. The guidelines address such important issues as knowing the rules to pirates dice, the pirate language and identifying the parts of the ship, as well as a primer from Sparrow himself on “honesty.” The Jack Sparrow Handbook, similar to many of the “action hero” and “superhero” handbooks available, helps readers cope with mermaids, break a curse, and fight a tavern of angry men, all in the Jack Sparrow’s own unique way.

These two together make a good gift set for pirate fans, and there are actually a few practical tips hidden among the tongue in cheek advice.

Before embarking on the next voyage with Captain Jack Sparrow, Hector Barbossa, and their crews, take advantage of the pirate’s hoard of Pirates of the Caribbean books available, and “read up, me hearties, yo ho!” 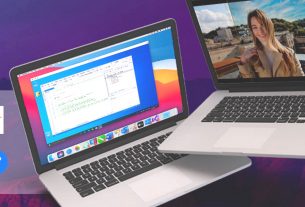