This weekend, in celebration of Earth Day, DisneyNature has continued its tradition of opening one of their gorgeous documentary dramas in theaters. This year, in a distinctive switch from recent DisneyNature film releases, Born in China features not just one animal family, or even one class of animal families, but rather a wide array of animals throughout China’s vast expanse of ecosystems.

Warning: There are some slight spoilers in this review, if you want to call scenes that occur in nature “spoilers.”

Born in China takes viewers into several of China’s natural habitats that hadn’t previously been seen. Narrator John Kransinski introduces ecosystems from the eastern forests to the central mountains to the incredibly high plateaus near the Himalayas. In each of those ecosystems, viewers will meet animal families and get to know the parents’ and children’s personalities. Obviously, there’s a lot of speculation, but it’s fun animal entertainment for the whole family.

In a model more like DisneyNature’s Oceans and Earth, rather than following one animal family on an adventure, Born in China viewers will be watching families of cranes, chiru (a species of antelope), snub-nosed monkeys, giant panda, and snow leopards. Kids will enjoy getting to know Tau Tau the snub-nosed monkey who is dealing with his new little sister getting all the attention, giant panda mother Ya Ya and daughter Mei Mei striking the delicate balance between helicopter parenting and letting the young explore the world around her, and Dawa the snow leopard mother, constantly risking her life to protect and feed her two cubs. Between scenes of the monkeys, panda, and leopards, viewers will enjoy some less-personalized storytelling about cranes and chiru.

The film is divided into seasons, starting with spring. They will transition through each of the seasons, ending with the following spring.

Like the other DisneyNature films in recent years, there are overarching themes of love, parenthood, and the importance of family, with a gift for presenting these themes to younger viewers as if to say, “See, humans aren’t the only ones who feel smothering by parents or sibling rivalry.” I enjoy these themes immensely and Born in China didn’t disappoint in that respect.

Viewers can expect the same high-definition images, music, and youth-friendly humorous narrative that have made other DisneyNature films so popular.

My sons, ages 12 and 14, really enjoyed it. I heard other kids in the audience laughing and “aw”ing at the appropriate scenes. My youngest son was especially looking forward to the panda scenes, while my oldest enjoyed the adventures of the snow leopard family. We went to a later showing of the movie, so it appeared there weren’t a lot of youth in the auditorium (less than 10); otherwise, we were surrounded by couples of all ages on their date nights.

My personal mantra, for years, has been, “If my sons like it, then I like it.” However, I would have had no problem going to see this film without my sons. The images are stunning, the music is beautiful, and viewers will come away learning quite a bit about the animals featured.

Oh, and did I mention how crazy CUTE the baby animals are???

The music is a stunning blend of DisneyNature’s storytelling music with elements of traditional Chinese strings. Nature-documentary composer Barnaby Taylor is known for dozens of other compositions in the same genre, such as Mutual of Omaha’s Wild Kingdom. During some of the more humorous scenes (such as the baby chiru learning to walk and run, as well as the scenes of the snub-nosed monkeys running on the snow), the music plays an important part in emphasizing the light-heartedness of the situations.

5. How Does It Compare to Other DisneyNature Films?

I already mentioned above that this particular DisneyNature film comes away from the format of its more recent Earth Day releases: Monkey Kingdom, Bears, and Chimpanzee. Just the same, though, the images are amazing. Not only were the filmmakers extremely daring in entering these animals’ habitats, but they also captured amazing time lapses of weather coming in and out, plus stunning detail in the winter weather: viewers will see every snowflake on the screen!

Born in China is rated “G”, but there are some themes in the film worth noting.

7. When Can I Sneak Out to the Restroom?

Frankly, I wasn’t as impressed with the scenes of the chiru. Most of the cinematography is from a considerable distance, and we didn’t truly get to know any of the individual creatures in their herd. There is one chiru scene for each of the seasons, and other than the summer scene (which is really cute), I recommend running to the restroom during the chiru in spring, winter, or fall.

However, the movie is only about 1 1/4 hours, perhaps don’t drink so much of your beverage during the film and you’ll be fine?

John Kransinski has a soothing, family-friendly voice. He did a great job transitioning between the humorous scenes (such as his description of giant panda eating 40 pounds of bamboo daily) and the more serious, tragedy-filled scenes.

I appreciate that DisneyNature seeks out versatile, comedic-minded narrators for their films, such as Tina Fey for 2015’s Monkey Kingdom, and Tim Allen for 2012’s Chimpanzee. John C. Reilly is still my favorite narrator of all the DisneyNature films (he narrated 2014’s Bears and had a special voice for each of the main characters).

Gorgeous. Simply gorgeous. The film would have been pretty stunning in IMAX, but it wasn’t filmed that way.

I really loved the transition scenes of the mountains, rivers, and weather moving through the regions.

10. Should I Stay For the End Credits?

There is plenty to see in the first 5-6 minutes of the closing credits. There are several additional scenes of the animals, interspersed with scenes of the filmmakers hiking through some of the unforgiving terrain in their attempts to catch the animals in action. The kids will enjoy the scenes of the monkeys, panda, and leopards getting really close to the camera equipment.

I enjoyed the repeated scenes of one of the film crew sitting in one spot as the weather changed numerous times while he was sitting there. He was trying to film one of the weather time lapses. He kept saying “Just wait half an hour, and I’ll bet it’ll be sunny and beautiful.”

When the closing credits text migrates to the center of the screen, it’s time to go. 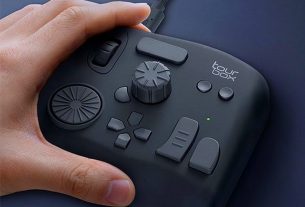