I’ve been going through a rough period emotionally in the past month.

Since I struggle with chronic depression, I know to expect I’ll hit some major lows sometimes regardless of my meds (which probably do need adjusting) and counseling. But it’s funny how, when people talk to me about it this month, they immediately assume, “Yes, the holidays can be rough.” I know lots of people suffer from Blue Christmases. I even wrote an article for my high school newspaper on the subject, which I still look back on with a small amount of pride.

But that’s the ironic thing. It’s not true for me. Rather than being an additional stressor, Christmas is the only thing that’s keeping me going this year. And I’m fairly sure I know why. It’s inherent in all the holidays that developed in the Northern Hemisphere (sorry, Evil Genius Mum) at this time of year: hope.

Yes, I celebrate Christmas by name, and being a Roman Catholic, it has religious significance. But I don’t have a problem with “Happy Holidays,” or with Christmas itself as a secular holiday. It’s not like Jesus was actually born on December 25. But it’s no coincidence that the early European Christians co-opted Yule to celebrate his birth, either: because it’s about light coming into the darkness.

And lighting a candle is better than cursing the darkness no matter what religion or lack thereof you follow.

There’s something so mythic about lighting up the darkest time of year. It works on so many levels of consciousness. A primitive “yay, the sun isn’t gone forever!” fest. A religious commemoration of Light coming to lead the people out of spiritual darkness. A candle in the window to welcome wayward travelers home. A reminder that this, too, shall pass. Not just holding on to the light, but lighting the lights. Ushering in a brighter day.

Traditionally, I’ve always shared at least the lyrics to this song, from my favorite Muppets: A Christmas Together album, on social media/my own personal blog every year, because it sums up my rather universalist Christmas wishes. I want everyone to feel the Christmas Love:

I’ve always been a Christmas Geek, but this year I need it more than ever. I’ve been suffering from acute disillusionment. All my hopes and dreams and comforting certainties seem broken. Then “I Believe In Father Christmas” by the recently late Greg Lake comes on the radio.  It’s an odd song to be so popular at Christmastime. It’s literally about disillusionment, and disillusionment at the trappings of Christmas, at that. But the last verse still cautiously encourages. The title itself is in present tense: he says “I BELIEVE,” not “believed.” I don’t quite get it with my brain, but I kind of understand with my heart. Something underlying remains no matter how much disillusion I feel.

And I do, as I said last year, believe in Father Christmas, even if I myself do most of his work around here.

I read an article in November of 2001 that suggested, after 9/11, you should rethink throwing big holiday parties, because they’d be in poor taste while so many were grieving. I remember the article because it infuriated me. NO. In times of grief, of trouble, of despair, we need Christmas more than ever. The world is a dark, scary, horrible place, and people are suffering in some way or another everywhere you look. So LIGHT YOUR CANDLES, literally and metaphorically. Dwelling on your own wish list? THAT’S in poor taste (for anyone over the age of twelve, anyway). Get out there and GIVE. Reach out to the poor, the lonely, the grieving, the frightened. Brighten up the darkness. That’s what it’s all about.

As the tinsel and colored lights and 24-hour Christmas radio stations started popping out the week before Thanksgiving, for once I didn’t feel rushed into it. The trim—no matter how gaudy—and the music—no matter how cheesy—brought up a deep primal comfort inside me.

The darkness will pass, it whispers. Keep your candle lit. 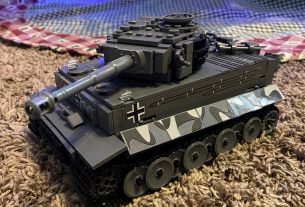