The Tank is celebrating 100 years of military service this year.

In 1916, British military forces used a tank for the first time in the Battle of the Somme, helping to bring an end to the First World War.

In honor of Veterans Day and veterans everywhere, let’s take a look some completely random, yet entertaining factoids about this amazing piece of machinery and its place in both history and pop culture:

1. The first tank used in battle on Sept. 15, 1916, was the British Mark I. The word “tank” was applied to these armored landships even before they entered battle, to keep their nature and use secret.

2. The United States’ 1st Battalion, Heavy Tank Service emerged in 1918. According to the Tanks Encyclopedia, some of the first tanks used by U.S. Forces included the French Renault FT and British Mark Vs. The first American-designed tanks included the tracked Steam Tank, and Hold Three-Wheeled Steam Tank in 1918.

3. The Tank Museum in Bovington, England boasts the “World’s Best Collection of Tanks” with more than 300 vehicles on display dating from the world’s first tank, the “Little Willie” to the modern U.K. Challenger 2.

4. Likewise, the American Armoured Foundation (AAF) Tank Museum in Virginia is one of the world’s most extensive collection of International Tank and Cavalry artifacts dating back to 1509.

5. The idea for the tank far precedes its use, including a vehicle designed by French artillery captain in named Levasseaur in 1903. This included an armored self-propelled cannon moved by a “caterpillar system” similar to modern tanks’ tracks.

7. In 1487, Leonardo da Vinci designed a fighting vehicle sometimes described as the prototype of modern tanks. It was to be maneuvered by two large inside cranks powered by four strong men. There were even canons, and steel-enforced slanted falls to help deflect enemy fire.

8. The world’s largest private collection of tanks belonged former Silicon Valley engineer Jacques Littlefied, who had accumulated around 240 vehicles valued at more than $30 million from around the world on his California estate by the time of his death in 2009. By 2014 many were auctioned off to help raise money to build a museum, while several others were donated to a Massachussets-based foundation preserving historic war aircraft and vehicles.

9. On Season Six, Episode 12 of MythBusters, Adam Savage and Jamie Hyneman took on the myth that interweaving the pages of two large phone books makes it impossible to pull the books apart. After several fails, they could only pull the books apart using two tanks.

10. One of the first video games based on tank combat was, Atari’s two-player arcade game, Tank, released in 1974 using a black and white Motorola television as its display monitor.

11. Since 1945, all British tanks have been equipped with boiling vessels allowing them to make tea. United States and other armies worldwide now have similar devices in their tanks.

13. Dark Horse Comics released the first issue of its World of Tanks: Roll Out series in August 2016 based on the World of Tanks universe. The comic is written by Garth Ennis (Preacher) with illustrations by Carlos Ezquerra (War Stories Vol. 2).

14. There are actually several “tank joke” forums hosted by military enthusiasts and gaming sites. Yet, this one is still popular: 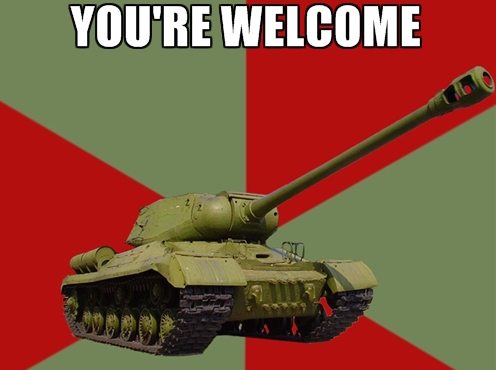 15. Tank Girl, featuring the heroine Rebecca Ruck who drove and lived in her tank in post-apocalyptic Australia, became a punk-counterculture favorite when it was first released in 1988.

16. DC Comics’ The Haunted Tank, which ran from 1961 to 1987 as part of its G.I. Combat series, followed the adventures of tank crew guided by the ghost of an American Civil War era general. It was featured on G.I. Combat’s covers several times, second only to Sgt. Rock. A five-issue mini-series was released in 2008 by DC’s Vertigo Comics set during Operation Iraqi Freedom.

17. One the fastest tanks ever built was the American Hellcat (M-18), designed by Buick. It was used in World War II and could reach more than 60 miles per hour. However, a recent article in Top Gear Magazine recently called the Swedish CV90 Armadillo, the “first tracked vehicle ever to be fitted with active suspension,” the world’s fastest.

18. The most persistent enemy in Doctor Who, the Daleks, were featured in their own event at The Tank Museum, since they are more recognizable by their protective tank-like armor than by their normal form, which resembles a squished squid. The Daleks have met every incarnation of The Doctor, and even temporarily served Queen and Country in the Eleventh Doctor’s episode Victory of the Daleks. The formerly missing Second Doctor story, Power of the Daleks, is now available in animated form.

19. One of the heaviest tanks in service is the American M1 and weighs around 62 metric tons.

20. In the movie Ant-Man, the shrunken tank Hank Pym keeps as a key chain is a Russian T-34. The tank, Number 153, can first be seen full size in the flashback footage obtained by Darren Cross.

In October of this year, a little-known poem by Winnie the Pooh creator A.A. Milne celebrating the tank (and the men who served in them), was rediscovered by a Tank Museum research assistant. The poem was believed to have been written for a fundraising event in 1918 in supporting Tank Corps PoW fund:

“So remember, whenever you talk of the Tanks,

The newest invention, the wonderful Tanks —

The older invention — the men in the ranks;

The wonderful men of all ranks.

For they’re just the same men, only more so, in Tanks.

Yes, from this geeky mom, daughter of a veteran and wife of another, to all the men and women who served in tanks, trucks, and on foot, in the air, on the sea, on the ground, in times of peace, and in war, thanks. 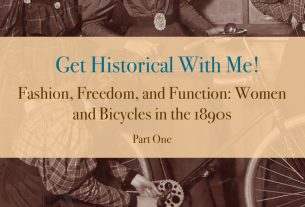