Fairies often come to mind around Halloween. After all, it seems like half the costumes in the stores come with wands and wings. But there’s another reason fairies might be on your mind this time of year. Fairies are terrifying. Or at least, they’ve been terrifying lately.

And let’s face it: fairies, at their mythological core, under all the sparkle we’ve covered them with since Victorian times, are frightening.

As kidnappers, they are a parent’s nightmare, because they can get your kid to leave you willingly, and maybe replace that child with a monster. As tricksters, they love a good joke; the more people get hurt, the funnier the joke is. As helpers, fairies are more like mob enforcers: yes, they will help you out, but then they own you. (God help you if you don’t leave a saucer of milk out for them overnight.)

Creators have always played with the darker side of fairies, and the humans who associate with them. Neil Gaiman included them in American Gods in 2000, Torchwood traumatized geek parents everywhere with a fairy episode in 2006, and remember that pressed fairy book Terry Jones and Brian Froud did in the ’90s?

Lately, though, there seems to be a lot more of them. This year (and last) has seen a run of scary fairies in fiction. It’s a phenomenon that’s happened across mediums: novels, comics, and television.

If you’re into horror, or if you just don’t want your small, fairy-obsessed child to stumble into something that might be too mature for them, here’s a round-up of five dark fairy-related properties that have come out in the last 12 months.

Jonathan Strange & Mr. Norrell
What is it? TV miniseries
Can your kids watch it? Sure, but parental guidance might be best
Fright factor: I give the fairy 8 out of 10 inept theoretical magicians

Hooray! The 2015 television adaptation of Suzanna Clarke’s 2004 novel of the same name is available on Amazon Prime! This book, set in England, during the war with Napoleon, follows two British magicians: Mr. Norrell, who taught himself magic from books, and Mr. Strange, who has a talent for intuitive magic.

The pair attempt to bring back English magic after a long hiatus; England used to be a very magical country, but magic disappeared after The Raven King, a medieval magician, vanished hundreds of years before. The two magicians are so different they can barely work together, and one of them – to bring back English magic – makes a Faustian bargain with one of the most magical creatures in British history: a fairy. Jonathan Strange & Mr. Norrell features one of the most frightening fairies of all: The Man with the Thistledown Hair, played chillingly by Marc Warren (who will always be Mr. Teatime from Hogfather to me).

This guy is a big old bucket of nope, collecting humans he likes — mostly women — as if he were  a Thomas Harris villain. He holds people hostage in his domain when they’re asleep, dominates their waking lives, and uses his magic to keep them from telling anyone about his control over them, cutting them off from loved ones. Even worse: he doesn’t even know he’s doing wrong. (As a fairy, he really does think cruelty is funny.) He is a textbook abuser.

If entitled, abusive behavior were personified and given magical powers, it would look like the Man with the Thistledown Hair. Even more frightening, however, is the way the humans who are not under his spell aid and abet him by not listening to his victims, and branding them insane.

The Hunt, by Colin Lorimer, art by Joana Lafuente, published by Image
What is it? Comic
Can your kids read it?Yes, if they’re older. It’s about as scary as Stranger Things.
Fright factor:7 out of 10 demogorgons

Also from Image, this story features Orla Roche, a young woman who can see monsters, which certainly seem to be fairies, although as far as I can see, they are never explicitly named as such, although the mythology certainly adds up. This comic explores the dark side of what it would be like to be able to talk to the fairies who live in the Wood. (Spoiler: it would not be fun.)

Orla, an Irish teen, is a talented artist. She also has a dark past, having found a creature sucking the soul out of a beloved family member when she was a child. She grows up as an at-risk child: getting lost in the wood, speaking to and drawing changelings and fairies, drawing the scorn of her classmates and worrying her family members. The Hunt, which started its run this past July, is a fascinating look into Irish mythology, and features changelings as dark, terrifying beings, and The Wood as an awful, alternate reality, a place that houses both fairies and the souls of the dead. It feels a little like an Irish version of Hellblazer, but without the Christian mythology. 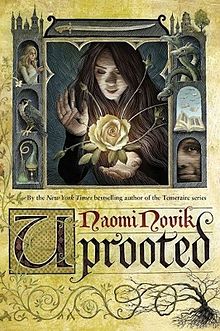 Uprooted, by Naomi Novik
What is it?Novel
Can your kids read it?Totally. There’s one sex scene, but otherwise, it’s middle-grade and up.
Fright factor:2 out of 10 sentient trees

Speaking of terrifying forests, Naomi Novik, best known for her Temeraire novels, won the Nebula, the Locus and the Mythopoeic Awards this year for her standalone 2015 novel Uprooted. The awards were totally deserved.

This book, which reads like a realistic Slavic fairy tale, is less about individual fairies and more about a population’s battle with a fairy wood. The enchanted forest, called The Wood, which harbors strange, dangerous, treelike creatures. Every 10 years, the village at the edge of the wood holds a lottery, and one of the girls is taken and brought to a nearby wizard’s tower. No one knows what happens to them.

Agnieszka, an awkward young woman, fears the lottery, because only exceptional girls are taken, and her best friend is beautiful, noble and talented. That’s as much as I can write without spoiling anything. Do yourself a favor and read this one. Although the template for this book is a standard fairy tale, it’s originally written, and it’s a beautiful meditation on identity, strength, power, and friendship. 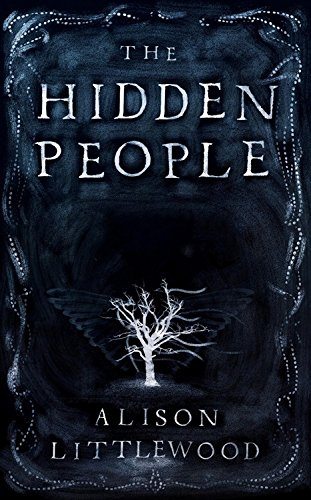 The Hidden People, by Alison Littlewood
What is it?Novel
Can your kids read it? Probably most appropriate for high school and up
Fright factor:9 out of 10 superstitious villagers

In Victorian London, Albert, a gentleman, learns his cousin Lizzie has been murdered by her husband. Her husband, believing that Lizzie had been stolen by the fairies, burned her alive. Although Albert only met Lizzie once, years before, he is outraged, and hurries to her village to arrange a funeral and seek justice.

He soon realizes the villagers don’t think a crime was committed. Lizzie lived near a barrow fairies were rumored to live in, and Albert starts seeing things he can’t explain. Unable to extricate himself from the crime, Albert gets deep into the details of Lizzie’s life, until his wife finally comes to town to collect him. This book, which comes out on Nov. 1, is disturbing on several counts — as an examination of domestic violence, as a fairy tale, or as a story of obsession.

Although the possible fairies are scary, the people are probably the scariest things in this book. Albert himself is frightening: a rich boy who had a crush on his poor cousin but didn’t marry her, and he throws himself into his self-ordained quest in the most invasive way possible.

I Hate FairyLand, by Skottie Young, published by Image
What is it: Comic
Can your kids read it? Oh HELL no.
Fright factor: 4 of 10 murdered anthropomorphic narrators

Yep, this looks like something a little kid might see and want. But let me tell you that no, it is not for children. Not even a little. But you know who it is for? You.

I Hate FairyLand (which began last year, and is now in its third arc) is the story of Gert, a little girl who gets sucked into FairyLand. She is greeted by the queen of the fairies, provided with a guide and a clue, and sent off on a magical, wondrous quest to find the key back to the real world using nothing but her good heart and her wits. Except that doesn’t work so well, and she gets stuck there for 30 years. In a child’s body. Eating nothing but candy. And the world she lives in won’t even let her swear about it.

So – what else is a girl to do? – she murders her way through her quest. That’s not even a spoiler, guys. That’s basically the first few pages of the first issue. I Hate FairyLand is what happens when you mash Alice in Wonderland up with The Itchy & Scratchy Show. Liked Ren & Stimpy and MTV’s Oddities? You’ll like this. Seriously, though, hide it from your kids. Also, Image came out with a related coloring book.

(Hide that as well.)